A vanished teenaged girl, a dead body, and a lonely community. Bryn Chancellor talks about her superlative novel SYCAMORE. 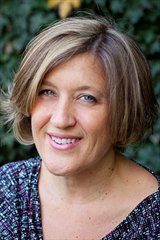 "Riveting. . . .This is a movingly written, multivoiced novel examining how one tragic circumstance can sow doubt about fundamental things. . . . a transporting vision of community, connection, and forgiveness."—Publishers Weekly (Starred review, Pick of the Week)

What's more wonderful than discovering a novel that keeps you up at night and haunts you through the day? That describes Bryn Chancellor's Sycamore, about the discovery of a body that might belong to a vanished teenaged girl, a community pulling together and apart, and secrets.


Bryn Chancellor’s story collection When Are You Coming Home? won the 2014 Prairie Schooner Book Prize, and her short fiction has appeared in a range of publications, including Gulf Coast, Blackbird, Colorado Review, Crazyhorse, and Phoebe. She was also awarded the 2014 Poets & Writers Maureen Egen Writers Exchange Award for fiction, and literary fellowships from the Alabama State Council on the Arts and the Arizona Commission on the Arts. She has an MFA in fiction from Vanderbilt University and teaches at the University of North Carolina at Charlotte.

I always think that writers are haunted to write the book they need to write. Was it this way for you?

Oh, haunted—that’s a lovely way to capture the sense of urgency to write, and yes, that was true for this one. This makes me think of what Joan Didion says in “Why I Write” about the pictures in her mind, the “images that shimmer around the edges.” I know I’m in the clutches of new work when those ghostly shimmers arrive. I wake with them behind my eyes. In the case of Sycamore, it took me awhile to pay attention to them because I had been wrestling with a different novel (one that’s in a drawer now). In my frustration, I started writing what I thought were stories. I wanted to go back to the short form; I missed it for the precision, the intense focus, the unity of effect. I also wanted to just finish something. Then Jess kept popping up, and I was like, Ah, hell, this is a novel! I finally stopped worrying about what it was or would be and let myself be seized by what had been hovering at my door: this place (based on my hometown region in Arizona), these wounded characters, this mystery. I got down the first mess of a draft in one month—and I never write that fast. Partly it was that I was at a residency, but partly it was that I finally let the ghosts in. (Of course, the revising took another eight months and multiple drafts, and then more revising through the editorial process.)

I’m really partial to debuts and this one is already getting a lot of attention. What’s that like for you? Does it put more pressure on you for the next book, or do you feel validated and happy? (Ha! What writer ever feels validated and happy!)

Ha indeed! Yeah, attention can be hard for me. I’m not a person who likes to be “out there,” as a dear friend once noted at a party as I kept stepping out of the center of the room and backing into a corner. I just read an article about why cats like to squeeze into boxes and squares (oh, Internet)—little hidey-holes of sanctuary to huddle in—and I was like, Yep, I get it, cats. I get it. These past months have been a bit of an emotional tumult: One day I’m ecstatic and full of wonder and the next I’m terrified, paralyzed by my old pal self-doubt. To mix my animal metaphor, I end up like a poodle whose people come home with treats when the postal carrier rings the bell and a storm rolls in. I yip, jump, pant, flop over for belly scritches, and nearly piddle. If someone could get me a thundershirt—or maybe just a box, actually—that would be great.

One constant, though, is gratitude. For my agent, editor, and whole publishing team, for readers, for booksellers, for librarians, for other writers and artists—all the hardworking people who love books and fight for them. Not to mention all my family and friends rooting for me. Lots of honey in this hive.

I don’t feel pressure—not yet anyway—about the next project, but it’s true I’m having trouble settling into writing, untangling the psychic knots. I’m trying to work through it by scribbling a lot of notes, talking walks, staying off the Internet (except cat news). I woke up yesterday thinking about a character, so that’s a good sign.

I think people love secrets because there is always a story attached to them—just one we have not unfolded yet, and most often, the reveals are reversals of everything we ever thought or felt.  When you were writing the first few drafts, did you know the answer to the question of what really happened to that missing teenaged girl, or did you think you knew and it changed, and did it come as a completely surprise?

You’re so right about that intertwined nature of secrets and the unexpectedness of the revelation—I love that in stories. And your question about solving the mystery in Sycamore is spot on: I didn’t know what had happened, and then what I thought I knew kept shifting. I certainly hadn’t planned for a character to find bones; those cropped up mid-story and I was like, Um, what the heck is this? I tested out several possibilities as I explored more about my characters until the right solution pushed its way through. Once I determined the truth, I had to go back in to try to add clues without tipping my hand. Such uncertainty might drive some writers up the wall, but for me puzzling out answers is one of the great joys of writing.

So much of Sycamore is about small-town life. How do you imagine this scenario might have played out in say, Manhattan today?

In some ways, I don’t see cities, even large ones such as Manhattan or L.A. or Chicago, as that different from small-town life. Tight-knit, intimate communities, with particular identities and atmospheres, form spatially within the larger whole—apartment buildings, blocks, neighborhoods, religious and community centers, schools, diners, parks. Often when I’ve overheard New Yorkers talk about their place, they ask and tell each other very specific cross-streets. I lived in Phoenix for over a decade, and then in Nashville, and now in Charlotte, and it’s the same. So if I were to set this kind of story—one that depends on individual and communal memory—in a city, I suspect I’d go to one of those microcosms.

But the more I ponder it, Sycamore for me also is a book in which the characters and place are inextricably bound. I don’t know that every story acts this way, but in this case to change the place upends everything—the characters’ experiences and trajectories and work lives, the how and why of events. I can’t imagine it taking place anywhere else. I tried at first, actually. I was living in a small college town in Alabama when I started the stories, and I tried that to use that place, but I couldn’t get inside it. So I took it home, to a landscape that I had moved around in for more than thirty years—albeit to a fictionalized version, which allowed me distance to rearrange and create features and timelines that I needed.

This gets back to the haunting. I rarely set stories in my hometown area, so that place was one of the ghosts lurking in the doorway. Only now, here in middle age, was I ready to go to that place of childhood in my writing.

I’m thinking a lot about wildfires, which might become part of my next project. My desktop picture right now is set to a satellite image of the burn scar from the 2002 Rodeo-Chediski fire in Arizona. I was working at a newspaper during that time and the images all these years later stay with me—shimmer, I dare say. I keep staring at this particular image, trying to discover what I see in it, hoping to unlock something.

This was wonderful—thank you for taking the time to read and to talk with me about the book!
Posted by Caroline at 10:56 AM