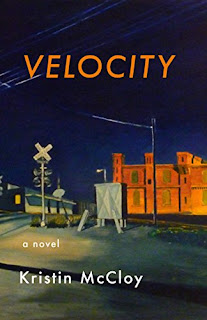 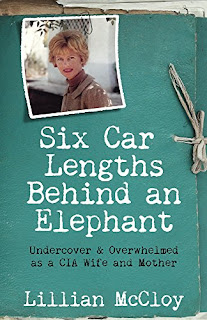 A mother and daughter, both writers, and a sister who created Bordertown publishing! Since I love all things siblings, I couldn't wait to host them.

I am absolutely delighted to have Lillian and Kristin here. Thank you!  (And thank you, Johanna

Caroline: I always think there is a reason to write, something haunting you. What's your reason?

Lillian McCloy: I wanted to do it for Frank [her husband], who, because he was always in deep cover, never got any kind of recognition for the work that he did -- hating the company, who were thankless, and even impairing, but believing deeply in what he was doing. It was also the chance to remember a lot of exciting times in my life, and every day I woke up happy to write.

C: What kind of writer are you? Do you outline? Do you follow the Muse?

C: Was it difficult to write a memoir? Was there ever any point where you thought, if I write this, someone is going to think that?

L: No, I wasn't out to expose anyone.  It was my way of recognizing Frank. That was really my focus.

C: What's obsessing you now and why?

L: My teeth. I'm 90 years old and just had dental surgery. Otherwise, really nothing obsesses me except my bowels. (Huge laugh).

C: What question didn't I ask that I should have?

L: Ahhh...well, I really didn't want it to read as a self-pitying book. I wanted to focus more on the adventure of it all.

Kristin: Let me describe my mother. She’s a petite 5'2" formidable Viking force of nature -- in fact my Dad called her Thor -- her middle name, as she's Icelandic, is Thorbjorg -- and she often called him Paco, which is slang for Francisco, my father's name translated into Spanish.  My mother is very blond (now her hair is white). she kept it cut vey cute to her shoulders, wore extremely chic clothes, stilettoes .When she met my dad, she worked as Melvin Belli’s executive secretary, and the first thing she had to do every morning was give his parrot an ounce of bourbon. 'He was very cranky otherwise.'

This book has done a lot for my dispirited 90-yr-old very-wits(both)-about-her mother - it's kickstarted her capacity for joie de vivre, and it's a gorgeous thing to hear.

Caroline:  Kristin this is for you now. I always think there is a reason to write, something haunting you. What's your reason?

K:  I absolutely agree. Something haunting me is the reason I write the book. If I could sum it up in one paragraph, I'd just write a brief essay. The struggle through the thickets of consciousness, sub-consciousness and the dreamland of unconsciousness is why I write; there is something, some answer, I am trying to achieve, or completely explore.

In Velocity, it was the wild but perfectly, as I saw it, logical connection of grief to sexual obsession. It was a way this particular young woman dealt with the loss of her mother, and along with that, the loss of her capacity to communicate with her father. It's about authority, the need for it, the defiance of it, and all the old wounds of adolescence. It's about doing anything except feel the pain of death – or being orphaned. It's also about the realms of worlds that have always existed around you/one/her as a child . . .it's about going home and finding it utterly foreign; it's about risk over security, breaking rather than keeping the rules, about sexuality that in a flash seems to steal your soul, body first.  Of building a world of illusion and wanting to literally die when it crumbles. And for me as a first-time novelist, the challenge was to write with equal force about the terrifying nihilism of death, of losing one's mother, and the crazed pull to sex – to write about sex graphically without ever veering into the porno-.

For Some Girls, it was about trying to understand how it is that we learn to be women by studying the way other women become so – mothers, sisters, friends, and finally, lovers.  It was about the romance that only women can make when they're together, and the fluidity of gender (this was waaaay back in the Dark Ages of 1989, Manhattan), the terror of seeing oneself in a way one never would have imagined, the struggle to assimilate new aspects of one's being – and one's sexual identity is the cornerstone
I also wanted to write about the way only women can appreciate certain other women's beauty, and most of all, how one becomes captivated by a singular intelligence, sensuality, and soul.  How deep that attraction goes.

It is also, crucially, my love letter to Manhattan; once I got it all down on paper, there was this sense: I can rest now.

And with Hollywood Savage I wanted to explore the theme of fidelity and in/ from the male point of view, for reasons that made complete autobiographical sense to me. I wanted to write about Hollywood and its delirious illogic, its addiction to cliché, creative run by bureaucrats, and the difficulty of converting novel to script.

It was a contrast between cities, and an absolute exploration (along the lines, if I can be so pretentious, of Proust's The Captive) of passion, jealousy, the need to hold, to have, to keep. It's about the humiliation of having someone else seduce your Other, and the weird need for revenge; and it was about two very different women who nevertheless have a whole world (and one man) in common.

Always I seem to feel the need to look at/describe/outline New York. In the first book, it's about a girl who left to find herself, did, then came back home, very briefly, for a life-changing summer in North Carolina. In Some Girls it's about a young woman's flight to NYC to become someone more like her next door neighbor, and in Hollywood Savage it's about living on the other end of the country and looking back, with extreme homesickness, at the place you finally, with great effort, made your own.

I miss New York could be the name of all my books, I sometimes think (but – NAH).

C:  What kind of writer are you?

K:  I don't outline unless I get lost in the morass (see: work in progress). I crave the Muse, love Elizabeth Gilbert's take on it, pray to James Salter for help, and read his work along with Amy Hempel's and Don DeLillo's and Antoine St. Exupery's and Jayne Anne Phillips (though mostly only her short stories), Joy Williams' earlier work, Michael Ondaatje and Marguerite Duras for inspiration when I feel I'm just going through the motions.

C: What question didn't I ask that I should have?

K: Only this:  why is it that people will ascribe 'James Salter' –like qualities to male writers simply because they write about men and women, but never see his influence in any women??

Thank you so much, Caroline Leavitt, for featuring us McCloys in your blog!
(My brother John is a musician, and just made a video of his fabulous song, Street Dance in Cairo, on UTube, that I bet you would love!)