Marti Leimbach talks about AGE OF CONSENT, autism, blogging, memory, secret lives, and why a young girl would be with an older man 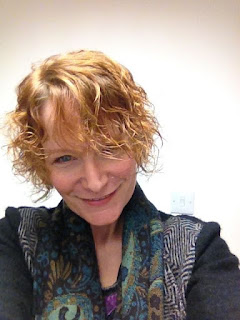 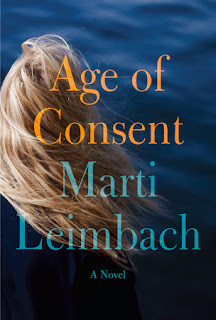 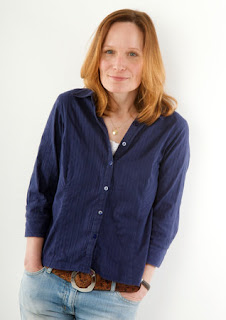 I love books that unsettle me, that wrestle me into thinking about something in a way I hadn't before. And of course, I love books that make me feel--even if it is feeling something uncomfortable. Marti Leimbach's AGE OF CONSENT is a gripping story of mothers and daughters, memory, secret lives and so much more. I'm so jazzed to host Marti on my blog.


I’m always curious about why a writer needs to write a certain book. What sparked you?

I was preparing for a class for I was teaching for University of Oxford and feeling a little stuck for ideas on writing exercises for my students. So I went to Writer’s Digest—why not? There was a competition being advertised on the site. I didn’t enter the competition, but I noticed the “writing prompts” that were used. One of them was a large Motel sign lit up in neon colors against a night sky.  For some reason, the image stayed in my mind.

Shortly after, I wrote a scene in which a girl, newly fifteen, enters a motel room and has sex with a man she doesn’t like much. That has become her habit, to allow the sex because she doesn’t know how to stop it.  I knew immediately that I’d tapped into a memory from my own life. The motel was like one I’d been taken to under those same circumstances.

The girl in the novel has been to a motel like this before, too, always for an hour or so with this same man. She isn’t attracted to him, doesn’t like the sex, is ashamed to be there, but also ashamed to disappoint him. She feels obligated. She is bound to him. I knew how she felt. I remembered it exactly, not the details but the feelings, the sense of being paralyzed in your own life, unable to maneuver away from what was expected of me. I knew the indifference to the physical act, the worry of being caught. But for this character, I could provide an escape. I could create it with a few sentences. And so she finds something in the motel room. She finds a thousand dollars. It’s enough to change her life if she can get home without the man noticing.

How was writing this novel different from writing any of your others?

AGE OF CONSENT required tools I’d never needed before. For example, I had to write sex scenes that took place between different people and at different times in these people’s lives. I’m a writer who has spent her career trying to avoid such scenes, but how do you write about a sex scandal without any sex?

Specifically, there was the challenge of writing the sex scenes involving fifteen-year old Bobbie. They couldn’t be lurid or arousing. I’d rather have scrapped the book than contribute to sexualizing children and young teenagers so the scenes in which the fifteen year old is engaged in sex required very careful crafting

It was new for me to write about characters at different times in their lives. We meet Bobbie as a teenager and as a mature woman. We see the deterioration of her mother, June. The gawky teenaged boy becomes a dignified, handsome man. Everyone changes in some ways, but remains the same in others.  The traversing of time between 1978 and 2008 means that the relationships between characters was even more complex than I am used to handling. How would a mother feel about seeing her daughter for the first time after thirty years? What would it be like to make love to a man you knew decades ago? And most importantly, how does the victim of a child sex crime respond to the abuser now that she is a grown woman? Why is the shame still there, shame she wasn’t even aware she was carrying?

There was one phrase you used, “the terror of regret” that I just loved. Can we ever not regret?
Occasionally, I bolt upright in bed recalling how I failed to adequately express my gratitude toward an individual, or said something inappropriate to another. I think all of us are stuck with those annoying pangs of misgiving, but we don’t have to dwell upon them.

As for more serious regrets, we always have the option to berate ourselves for what we have done, the opportunity to review our life and judge it.  It’s there, like a door we can go through just to hurt ourselves a little. We go back to a certain moment in which we made a decision or behaved in a particular way and tell ourselves everything would have been different “if only.”

But this isn’t true. We only imagine we can predict everything that would have transpired had we done things differently. Judgments of this sort are about something that no longer exists, that is, the past. For the time that we are examining our lives and judging ourselves, we are almost in a fantasy, a daydream of another age. It’s fine to live in that world of imaginings as a writer, to dramatize those bad decisions, those terrible consequences. But it is not a good idea to live there was a person. It only hurts.

Your novel is also concerned with what we remember and why—and how we are able to live with that. Can you talk about that please?

You ask about what we remember and, of course, our memory is full of bias.  I recently came across a man who served as vice principal in the high school I attended in the 1980’s. “You probably don’t remember anything good about me…” I began. I remembered myself as I had been during high school: my confusion and rebellion, my exhaustion from working jobs as well as attending class, the disappointing math scores, getting in trouble over hall passes and unexcused absences, and smoking in a bathroom, how few friends I had, how I dropped out, then dropped in.

Fifty-two years old and I’m sitting there feeling ashamed.  I didn’t think I could stand to hear this retired vice principal’s response. But all he said was, “I don’t remember anything bad about you at all.”

It was as though a weight dropped from me, all that tension over an opinion he didn’t even hold about a girl who had been me, and about whom we had very different memories.

I know Aristotle wrote, “An unexamined life is not worth living” and I agree that we need to get quiet and think about our motives for doing what we do, how we treat people, whether we are becoming more selfish or less selfish, more loving or less loving. This kind of moral inventory is beneficial, if not necessary.

Ultimately, however, we have to accept what has happened. Those who despise themselves for all the things they’ve done wrong in the past are on a rough road that helps no one.  A life in which we refuse to accept our own humanity with all its warmth and light—as well as all its ills and sorrows—is an exercise in torture.

So, one of my goals—let’s call it a “stretch” goal—is to help my son with autism into young adulthood. This is my real life son, the boy on whom the novel, DANIEL ISN’T TALKING was based. It’s been ten years since the publication of that book and he’s now talking all right. In fact, he speaks four languages. But as a high functioning autistic young man he needs a lot of coaching. I cling to the hope he can live independently, that he has that option at least, and this is my main concern.

And I’ve discovered my blogging voice—finally! I’m currently engaged in a series of blog I call The Writer’s Economy in which I look at the various economies in which writer’s operate, those of money or self-realization or critical acclaim etc, and tease out what are the rewards of writing in an increasingly difficult market.

I love this question…I feel like a kid with a purple crayon and a big blank wall. You might want to ask me what a child or a teenager might do if they ever find themselves in the same situation as my character, Bobbie.

Just to clarify, Bobbie has spent a year in a sexual relationship with a man in his twenties. She has just turned fifteen. She would like to end the relationship, but doesn’t know how. She may not even feel she has a right to end it.

It is so easy for kids to believe that they can handle almost any situation. I remember when I was a teenager thinking I could look after a great deal more than was reasonable. I thought I could work certain jobs or travel distances or solve my own medical problems. “Take these antibiotics,” a friend would say. “My dad never finished them and they might cure your sore throat!”
Posted by Caroline at 10:36 AM