Sari Wilson talks about her astonishing debut Girl Through Glass, how yoga is sometimes the go-to for recovering ballerinas, the addictive TV series Flesh and Bone, writing, and so much more 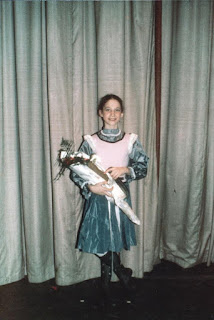 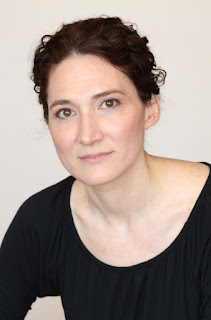 I love the ballet. When I was in my twenties, I took it up to heal a bruised heart, and became obsessed. Of course I was terrible. But debut novelist Sari Wilson wasn't. She was a scholarship student at Eliot Feld's New Ballet School and went on to perform modern dance with Stephan Kloplowitz. A Wallace  Stegner Fellow at Stanford, a Fine Arts Work Center Fellow in Provincetown, Massachusetts, she's also received a residency from The Corporation of Yaddo. Girl Through Glass, which NPR called "obsession and passion en pointe" is an extraordinary read, and I'm honored to host Sari here. Thank you, Sari!


I always think writers are haunted by some idea and they write their novels to come to terms with it. So what sparked the writing of your novel?

First off, I just want to say thanks for having me on your blog as a debut novelist. I’m honored! I think you are totally right in the case of Girl Through Glass. I was haunted by this book, this material, by my own past. Ballet was my great young love. After I stopped training that whole part of my life became locked in a very private place. It was shocking, being cut off from this whole world that had sort of raised me. I tried to put it behind me and move and devote myself to other things. One day, I sat down and wrote what is now the entire first part of the novel—and then I cried. So I knew I had something. But it took me many more years to figure out what.

You trained as a dancer, which gives your novel a fascinating authenticity. Are there any skills from dance that translate to putting words on the page? And do you still dance or take classes?

I started writing during college, after I had a second surgery that just made it clear that I could never be a professional dancer. And writing following dance, yes, they were very connected. I think I tried to give expression in words to the same impulses I had had as a dancer. Also, a dancer’s familiarity with—even dependence on—repetition and routine is really good for the self-discipline of the writer’s life. On the other hand, I’ve definitely had to unlearn some of the perfectionism and rigidity that came with ballet training.

I actually haven’t danced in some years now, but I am always doing some kind of movement and/or movement therapy—right now, it’s yoga, Pilate's, and Alexander technique. I’ve talked to a lot of “recovering” dancers who have found a lot of peace in yoga, which can be, sometimes dance-like, especially if it is a deep flow class.

I deeply admire the structure of the novel, the ease in which you move from the past to the present, and how those worlds collide. Was this the original shape of the novel or did it change as you began writing? (I ask this because my novels always shape shift!)

Thank you, Caroline! That means so much to me—because I really, really worked on the structure. It was definitely hard-won, the result of many drafts. First I wrote the Mira storyline, which took a number of years. Then Kate’s voice started coming to me—really just speaking to me. So I spent another number of years writing her story. I realized how the two—Mira’s and Kate’s—stories were connected as I went along. It felt like I was reading the book in a way as I worked along. This was the most exciting part of the process—with these two voices it suddenly felt like a book. That is, a work with its own internal logic and language—and it was teaching me how to write it.

Girl Through Glass is an incredible debut because it's so assured. So what kind of writer are you? Do you have rituals? Do you plan things out?

I always have to start with a free-writing stage because for me the challenge and deep pleasure of fiction is to go into worlds that seem to exist only in some deep part of the mind. To get there, I have to let go of a logical planning mind. I feel like an explorer. When I come back from the exploration I have to figure out what everything means and how it all connects. Girl Through Glass may be my first novel but I wrote and rewrote it so many times over the years that I think I wrote several novels along the way. It was such an education and journey for me because it required different sets of skills at various stages—in the beginning, I had to really just let myself go and just get back to the place of my childhood. But at a certain point I realized I had to start engaging the planning part of my brain. So I had to very consciously study structure and make charts.

What's obsessing you now and why?
The Flesh and Bone miniseries on STARZ and Elena Ferrante’s My Brilliant Friend (I’m on book two). Both of these stories take on the emergence of a girl in to womanhood. Both depict these sub-cultures with their own logic to evoke this journey. In Flesh and Bone, it’s the crucible of the ballet world. Elena Ferrante uses a closed neighborhood of Naples in the 1950s. But I see some of the same compelling themes—a universal portrayal of the experience of girls emerging into womanhood, complex and compelling and unapologetic and human. And that’s fascinating.

What question didn't I ask that I should have?
Maybe about the character of Maurice? People seem fascinated by him. And I was too! He is totally fictional—I think this is a really important thing to know. But I tried to encompass some real pressures that young dancers face in that characters—that is, the importance of being seen—since all that you have, really, is your body as your vehicle for expression. And also the passion and obsession, especially historically, that some ballet fans—known as balletomanes—feel about ballet and, especially, ballerinas.