Kristin Tsetsi talks about Inside The Writers studio, The Year of Dan Palace., her Five On! interview series--and hey, I am an honorary PaperRat! 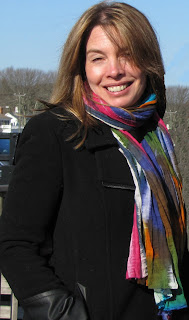 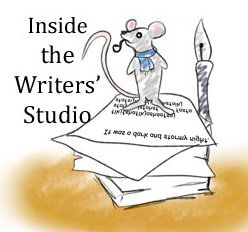 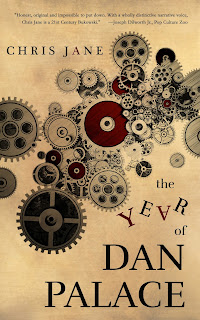 Tell us about 5 On! It's a different sort of interview series and I want everyone to know about it. Why do you think here's such a need for something like that now?

I started the 5 On series (which posts every two weeks at JaneFriedman.com) with the intention of doing a few different things:
-                Entertain, by providing some insight into the person being interviewed, whether that person is a well-known author, a struggling writer, a selective editor, a bookstore owner, a literary agent, or a publisher.
-                Create a platform where people with experience finding agents, navigating the self-publishing world, or developing marketing plans can speak directly (in a sense) to people who can learn from that experience.
-                Encourage those (and depending on the day, I’m one of “those”) who are getting impatient, disheartened, or anxious. Writers who have kept going in spite of devastating rejections ultimately have great success stories, too. Victories.
-                Provide a reality check. Part of your question was about the need for something like this right now, and there’s a *great video circulating on Facebook that documents how much time it took successful people – Leonardo da Vinci, Marie Curie, Michael Faraday, Stephen King, John Coltrane – to become the figures we know now. Typically, several years of hard work and plenty of rejection. But the video also explains why the prevailing belief is that a certain level of achievement must happen immediately. However, as readers of **your 5 On interview will learn when they read your story, it’s a long, difficult (and just as rewarding) process. Or, as the video’s narrator calls it, “The difficult years,” and “The story that never gets told.” 5 On seeks, in part, to tell that story as a way to combat the Immediate Success Fantasy, a fantasy which is not only unrealistic and tinged with entitlement but also destructive to creativity. How can a person consumed with anxiety over not having “made it” within a very short time expect to keep imagining, practicing, even enjoying their passion?

You can find a complete list of all interviews here.

There is a growing awareness now of the fact that female writers just aren't reviewed as often as males. They don't get the attention. There are people doing something about it--including you and Bill Wolfe, whose wonderful blog, Read Her Like An Open Book, focuses just on women writers. What else do you think we can do to encourage men to read women?

Pretend to be men.

I wish I meant that tongue-in-cheek. I adopted the pen name Chris Jane in small part because my real name is a hassle for others to spell and pronounce, but in large part because I wanted to be gender ambiguous to the average cover-scanning reader. I explain why at Bill Wolfe’s website in my essay Right, Like a Man, but in short, my female name and the female protagonist in my first novel turned away potential readers and, as a bonus, inspired one male non-reader to recommend I approach the Hallmark channel if I wanted to sell the story as a film. You know, because girls.

Robin Black, in her fantastic essay On Learning to Spell Women’s Names While Men Buy My New Book for their Wives (also at Bill Wolfe’s website), writes that men’s lack of interest in what we call “women’s fiction” has implications beyond an innocent preference for male writers:
If you think that because I’m female what I have to say in my novel won’t interest you, what about the things I say when I am talking to you about the research project in which we’re both engaged? About the funding needed for the public school system? How about when I am arguing a case in court? Filing an insurance claim?

Is it credible that fiction occupies a unique place? Credible that men who dismiss what female storytellers have to say as irrelevant to them, aren’t also inclined to dismiss – albeit unconsciously – what females of every variety have to say?


The problem is so deeply rooted in a history of women being perceived as superfluous but for baby-rearing that getting more men to read women would first require a drastic shift in the overall value women are assigned by men. In the meantime, deception by pseudonym seems legitimate enough.

Tell us about your own life as a writer. You write both novels and journalistic pieces. Do you feel you have to get into a different frame of mind to do so? And I certainly want you to talk about the smart, witty, and oh-so-wise The Writer's Studio and the Paper Rats videos!

I didn’t know how right-brained the journalistic pieces were – and these were features, even, which I’d thought were pretty creative – until after my editor assigned a paint bar story. A new paint bar, called The Muse, had just opened and he wanted me to do a first-person experience piece.

It turned out to be a great date night (not with my editor), but it was also a revelation. The only word that will do justice to how painting made me feel is “giddy,” and looking back now I can compare it to having a passionate (if short-lived) affair.

I literally (literally-literally, not figuratively-literally) dreamed about things I wanted to paint. During conversations with my husband, I would accidentally zone out because I’d have an idea for a painting I wanted to try. Every weekend, after five days of writing about other people doing the things they loved, I’d fly to my basement painting station so I could do something I loved. (Writing creatively after a 40-hour week of writing for work wasn’t appealing.)

I didn’t understand where the sudden passion for painting had come from, but once I quit the newspaper and got back into creative writing, the painting frenzy stopped. I’d still paint on weekends for a while, but the urgency was gone. It took my husband saying it for me to see it, but it turned out I’d just needed a creative outlet. Desperately. Feature writing was educational and interesting, but it was still reporting rather than creating.

And about the PaperRats’ Inside the Writers’ Studio! We – author R.J. Keller and I – haven’t made an episode in a while (I think it means we’re both busy writing, which is a good thing), but for those who haven’t seen the series, it’s just good, mostly-clean comic relief that laughs not only with, but at, writers (and as writers, ourselves, we’re allowed to make fun of us for taking ourselves too seriously, sometimes). We acknowledge and poke fun at writer stereotypes, make light of the darker side of writing life (which includes receiving terrible reviews), and in one of the two episodes featuring the Fabulous Caroline Leavitt as a guest star and honorary PaperRat, we question the logic of writers approaching other writers in an effort to sell their books. (This happens all the time, and I think we make a pretty strong case against it in Self-Promotion: FAIL.) Our most popular video is “$#!+,” Writers Say. (It’s not viral, or anything. But it should be!)

In addition to 5 On, I’m working on a story I can’t talk too much about but that I’m in a hurry to finish. I have this irrational (or is it rational??) fear, because the topic is timely, that someone else has had a similar idea and is working on their own version of my story right now. I don’t want them to finish first. I’m a little freaked out daily.

Thank you for allowing me to ask myself this. I’d resolved to let it be in the world without my help so I can focus on the “now” project, but I owe it one last little push.

The Year of Dan Palace, available in most places one buys books, answers the multi-part question, “Why don’t more people break routine, escape a moderately satisfying but in no way gratifying position of security, to live the life they really want to live? And if they did, how would that affect the people closest to them?” Dan Palace finds the motivating force he needs to leave his comfortable life and fine-enough wife in pursuit of something more, including the forgiveness of his ex-wife, who’s hated him since their wedding night almost a decade before.

It was a fun challenge to write. Modern stories, and I’m probably thinking primarily of movies (my first love, and almost the subject of my MFA thesis before fiction won out), seem to miss a quality of the movies made in the ‘80s and prior, which was a perfect balance of humor and gravitas. The World According to Garp, St. Elmo’s Fire, Working Girl, and even Dream a Little Dream. Just beautifully choreographed moments of darkness and light, meaning and entertainment. The Year of Dan Palace strives for, and I hope succeeds in managing, that kind of balance.

* Disregard the inaccurate and inflammatory title assigned to the video at the website.