Andrea Miles writes about how her rivetting debut, TRESPASSERS came to be 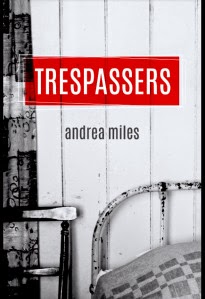 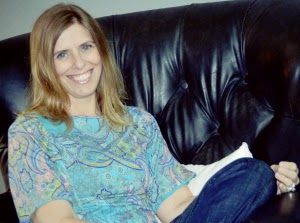 What happens to a family in the aftermath of abuse? That's the stunning story of Andrea Miles' debut, Trespassers. Susan Straight calls it "A wild ride through one family's tough road to redemption.' Julia Fierro praises its "Gripping portrait of characters struggling with their darkest fears and regrets," and  Amy Koppelman calls it "brave and powerful." Trespassers. A portion of the proceeds from the sale of Trespassers is being donated to Big Oak Ranch, a home for children needing a chance.

Thank you so much, Andrea for being on the blog.

How Trespassers Came To Be
By Andrea Miles

Some writers have a plan when they sit down to write. They know where they will end up and often know most (if not all) of the path that will take them to the end.  Currently, I’m trying to be less of a “by the seat of my pants” kind of writer, but with my first novel it took me awhile to find my story. In fact, the published Trespassers is quite different from the Trespassers I set out to write.

When Trespassers began with a few pages and no title, it was about siblings. Siblings who didn’t get along, who preferred to never see each other, who avoided family dinners and made excuses to skip holiday celebrations. I was incredibly naïve when I left for college and so I was astounded when I met people who hated their siblings. I loved my brother. All my friends loved their siblings.  How could you hate the person you grew up with, someone as close as a sibling could be? I didn’t understand it and it intrigued me.

Then, when I moved to Chicago, I was confronted with almost daily news stories of children who were abused by their parents, or other close relatives. I couldn’t understand how a person who was supposed to love a child more than anything in the world could neglect them, hurt them, possibly even kill them.

I put my story about siblings aside and I started again, writing about a little girl who was abused. Pages filled up with scenes, but not with a full storyline. And then I began to wonder about the kids who managed to survive childhood. How were they as adults?  What if the little girl I was writing about survived her tragic childhood? What would her life look like as an adult? So my story changed again, the pages I’d written became backstory, the little girl became an adult woman and guess what? She had a brother she once loved, but now sought revenge against. And Trespassers was born.

Despite Chicago being the place of inspiration, I did not set the story in Chicago. I mention New Jersey and Florida, but that’s about it. I could’ve written about the Florida palm trees and the orange-scented air, but I wanted Trespassers to be a story that could happen anywhere. This family could be your neighbor in California or Maine; Melanie could be the woman refilling your coffee in Iowa or New Mexico.

Abuse, whether physical, emotional, or sexual, happens everywhere, in big cities and small towns. As I delved deeper into the subject, I knew I needed to do something bigger than just writing a book. I knew if I ever got Trespassers published, I would donate a portion of the proceeds to a charity that helps abused kids.  Because I live in Birmingham I chose Big Oak Ranch (www.bigoakranch.org), a charity here in Alabama that helps kids who are abused or neglected. I can’t write a book that everyone in the world will love, but I can write a book that allows people, whether they like the book or not, to feel good for helping a deserving charity.