Catherine Tidd, author of Confessions of a Mediocre Widow, writes about natural highs, creative Gods, and connecting the dots 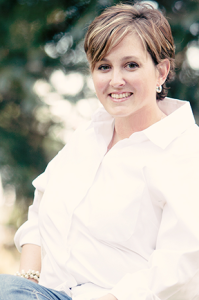 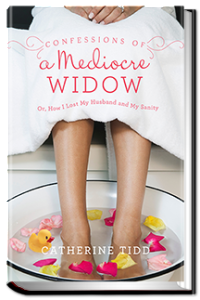 Catherine Tidd's smart essay about what it means to be a writer. I'm honored to have her here. Thank you, Catherine!

Natural Highs, Creative Gods, and Connecting the Dots
I once read a quote by Stephen Markley (and I’m paraphrasing here) that said that the most euphoric feeling in the world is when you get lost in your own writing and lose all sense of time.
I think that is absolutely true.
There is no better high (natural or otherwise) than submerging yourself into your own story and only breaking the surface of reality when you need to catch a breath. Characters come to life and your fingers can’t keep up with the scene that’s unfolding in your mind. That perfect phrase that you didn’t know you had in you to create shows up on the screen and you think, “Wow. Did I come up with that?” You stop writing for the day and realize that you’ve skipped lunch and didn’t even need that afternoon cup of coffee because your body has been so energized by the world in your head.
Not every day is like that, of course. Some are definitely better than others. There are mornings when I wake up, just knowing that I am going to make major progress on a project. And then there are others when I struggle to show up to the page.
To be honest, when I get bogged down, it’s usually because I’ve spent too much time in my own head with only my computer keeping me company. And that’s my signal to pause the writing for a few days – maybe even a week or more if I have to – and actually get dressed, go outside, and live life. And inevitably something will happen that will spark an idea and another scene will click into place.
And if, for some reason, I’ve gotten out there and done some living and still nothing is percolating…then I have to go to Plan B.
Get out of my own way. Which is harder than it sounds.
There have been times when pages and even whole sections of a book have happened so fast, I can’t sleep well at night, knowing what I want to write the next day. And then, inevitably, I will get to the end of the scene that played itself out so vividly in my head and end up staring at the blinking curser on my computer screen, wondering why it isn’t moving.
Usually I know something that’s going to happen to some character later in the book. Usually I know something that’s going to happen to some character later in the story…but I can’t figure out an interesting way to get from point A to point D. And so I’ll stop, stuck and frustrated, scared that the creative juices have permanently stopped flowing.
In order to keep myself from breathing into a paper bag, I’ll write the scene that I know is coming later, praying to the creative god (who I’ve named Joey) that it will all work out in the end. And as I’m writing, a magical thing will suddenly happen.
I’ll figure out how to connect the dots in order to get where I was to what I’m writing in the moment.


As I’m filling in the middle, that feeling of euphoria will visit me once more. And then the only thing I have left to do is pray to the publishing god (George) that someone will feel as euphoric reading it as I did writing it.