Kim Wright talks about Hiding in Plain Sight, and being seen 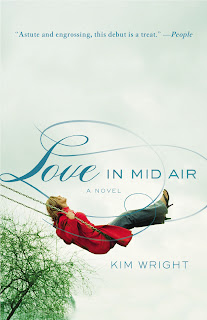 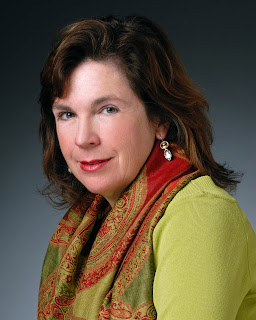 Kim Wright's wonderful new novel, Hiding in Plain Sight, is about female friendships, marriage, infidelity and how we shape and view our lives. I asked Kim if she'd write something for me, and I'm honored to host her here. Thank you, thank you, Kim!


Hiding in Plain Sight
By Kim Wright
In the mystery I’m working on now I’ve got a character – my bad guy, my villain, my favorite – who brags that he knows how to hide in plain sight.  He explains how his father took him quail hunting as a boy and taught him that success wasn’t a matter of complicated subterfuge but rather knowing how to blend into your environment so that the birds registered your presence, but didn’t perceive it as a threat. It’s his method for murder and my method for writing.
Writers have complicated feelings about being seen or unseen.  On one level, our profession depends on our ability to observe things without being observed in return.  In that way we’re like spies, and I spent my childhood, in fact, sitting in a tree in my grandmother’s yard wearing a black turtleneck and pretending to be a secret agent.  The superpower I most craved was invisibility and recently I’ve come to understand that this was a common fantasy among children who grew up to be writers.  Years later, as a college student determined to master the rhythms of dialogue, I would sit in a mall food court with a notebook, eavesdropping and transcribing conversations.
The realities of writing only make our natural born tendencies toward isolation and sneakiness worse.  We work alone.  We rarely talk to others.  We squirrel away into corners.  We mutter.  It’s pretty close to my childhood dream of invisibility.
And then the book comes out.
All of a sudden, with a speed that seems both jarring and cruel, we’re expected to transform ourselves into public characters.  While the job of the writer is to write, the job of the author is to tweet, blurb, blog, tour, engage, and promote.  Of course we want our books to be successful and all that comes with it.  We want to be seen, seen often, and preferably seen on Good Morning America.
But even these frenzied marketing attempts are a snap compared to the other ways in which publication makes us suddenly visible.  Because when people read your books, they feel that they know you.  More specifically, they believe that your main character is you. I’ve stood in front of many groups and sat in the circles of many book clubs, fielding the same questions: Is the book autobiographical?  Is Elyse you?

In some ways I’ve invited this assumption, since I set my novel in my own home town and made my heroine a woman who is about my age, also divorced, and someone who furthermore has - as so few people do - brown hair.  But I suspect writers go through a variation of this scrutiny even if they set their books in 15th century Japan or 28th century Saturn.  We all put our own thoughts into our character’s heads, our own fears into their plot twists.  We all have one that we identify with most, whether we share surface similarities or whether we deliberately cast our secret selves into the character who least resembles our public persona.  The resultant characters are us and not us and there are a thousand different ways to talk about this, different levels of confession for each writer which feel appropriate and true.
Sometimes I think the whole writing-to-publishing process is designed to take people who are half-crazy already and drive them fully insane.  Because the first part of the process, writing, requires you to be anonymous, and the second half of the process, publication, requires you to be famous.  And when someone stands up at a reading and quotes your own words back to you, it feels like you’re not only seen, but exposed.
But it’s part of the process, so writers who plan to keep writing learn to deal with it.  For me, proclaiming that all of my characters are actually parts of myself  - and yes, in many ways, Elyse more than any of them - is my own little ruse for preserving some privacy.  If you say there’s no mystery, then no one tries to solve the mystery.  In the meantime I struggle with the issue of someone who simultaneously wants to be seen and unseen.  And, like my fictional bad boy, I’ve opted to hide in plain sight.
Posted by Caroline at 2:20 PM