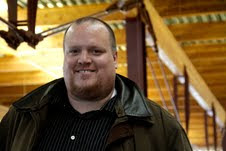 Got a guest post for you today: Craig Lancaster has a terrific new novel out and it's got a blurb by superstar Jonathan Evison! There's a way cool trailer, too. Thank you, Craig for offering to write something on my blog!


THE SUMMER SON AND THE POWER OF PERSPECTIVE

Want to see me seize up and turn into a babbling moron? (Every girlfriend I’ve ever had seemed to delight in it, so it must be fun.)

Ask me what my novel The Summer Son is about.

It’s not that I don’t have an answer for you. It’s that I have several.

The simple answer: It’s the story of a son’s attempt to reconcile with his father.

The more complicated answer: It’s a story about perspective, and about the ways that secrets and pain reverberate for generations.

The answer I want to give, every time: It’s about whatever you find in it. If I’ve done my job well, there’s plenty of room for interpretation.

Now, all of that said, I didn’t find out what the story meant to me until I was well into the third draft. The first attempt was smartly dismissed by my most trusted reader as half-novel, half-essay, and not very satisfying on either count. The second got closer to what I was seeking but still lacked that central notion that guides me as a writer: Why does this story need to be told?

Mitch Quillen, my protagonist, has been separated from his father, Jim, for the better part of 30 years, a state of affairs that Mitch ascribes to Jim’s unforgiveable actions during the summer of 1979, when Mitch was 11 years old. Thrown together in 2007, when Mitch is 39 years old, father and son crash into the past even as they move through the present. Meanwhile, Mitch is exorcising 1979 in the form of long notes to his wife, who is clinging to their fraying marriage.

The twin storylines allowed me to reveal the decades-earlier source of Mitch’s pain at the same time he’s making discoveries in the here and now, information that might cause him to reassess his violently flawed father. It seems to me that a lot of intractable family situations fall along these lines. Something is said or done, the intention of the offending party doesn’t match up with the interpretation of the wounded party, and the relationship becomes lost in all the recriminations and baggage that get piled up as years slide by. I’ve seen it in my own life, with people I want to shake and say “Why can’t we talk this out?” Maybe I should do that.

Mitch, a sensitive boy, comes to his view of his father honestly, and I suspect that many of us, given the same vantage point, would reach the same conclusion. Jim, having endured his own horrible childhood, has secrets he won’t part with and knows things about that long-ago summer that could ease Mitch’s mind. In The Summer Son, unraveling the past unlocks the possibilities of the present. Somewhere in all of that, perhaps there’s a way to end the vicious cycles that pull us under, generation after generation.