Sonia Pilcer talks about The Last Hotel, NYC in the 70s, writing, and so much more


"The Last Hotel is a 20th Century ark filled with survivors of history and gentrification. Sonia Pilcer brings them all vividly to life with gentle wit and a generous heart." - Hilma Wolitzer 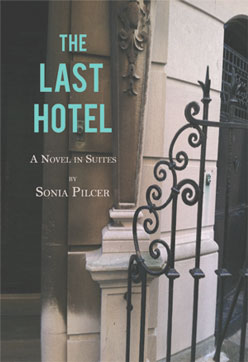 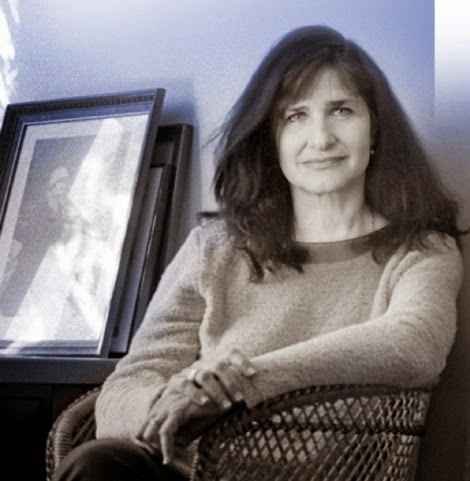 One of my favorite things to do is remember New York City in its gritty heyday, when you could get a shoebox apartment for $500 a month, when the Pyramid Club and Danceteria were always your nightly destination. And one of my favorite people to talk about those times with is Sonia Pilcer. Sonia's first novel, Teen Angel, was bought by Universal Studios and she wrote the screenplay with Garry Marshal. She's also the author of Maiden Rites, Little Darlings and I-Land: Manhattan Monologues.

The Last Hotel perfectly captures Manhattan in the 70s, as well as being a page-turning literary novel. I'm delighted to have Sonia here, and I bet we crossed paths at Danceteria!

I consider myself  a nearly native New Yorker. I was born in a Displaced Persons camp in Germany, child of Holocaust survivors, and we arrived at the St. Mark's Place Hotel when I was a year and a half.  In recent years, I felt as if my city was becoming unrecognizable.  The subways, clean and safe, as were the parks, even Times Square turned wholesome.  Where was the squalor? The sense of risk and excitement?  When I used to leave my house, I never knew what would happen, who I might meet.  Now I was surrounded by haute bourgeoisie, their children, their pricey bars and eateries.  Where were the street people, not necessarily homeless, who hung out, played music, told stories, asked for some change? As I thought about it, I realized that young people coming here had no idea of the splendid decrepitude and pre-poop-scooped streets of Manhattan. I wanted to preserve the fly in amber.  Or was it a cockroach? New York City, 1979.

Ah, the 70s.  Isn't there an expression that if you remember the 60s, you probably weren't there? 70s was a hedonistic flush.  Caroline, you mentioned the Pyramid and Danceteria.  I'll add the Limelight, Max's Kansas City, and CBGBs.  It was the ultimate party before Reagan, before AIDS.  And we were so young and full of promise.  A fearsome thing.

Do you miss that grittier NYC? To me, there has been a serious trade-off for a safe NYC, with artists and writers being pushed out, and the wealthy moving in. Can yo talk about this?

I know it's much more civilized now.  No muggings.  If we own anything, which I don't, its value has risen.  But I miss the sense of a struggling, not completely broke, middle class, working class atmosphere.  Many of my friends were artists, writers, filmmakers -- the aspiring population, who went to screenings, openings and the Gotham Book Mart.  We could sit in a bar on Columbus Avenue for hours, nursing one beer or a glass of red wine. The talk went on for hours.  Foreigners love New York City in the movies.  So colorful, covered with graffiti.  But this is a nostalgic view.  Follow the dollar.  The city now belongs to the money like so many other things.  THE LAST HOTEL is a kind of last stand against the wave of change, saying, "Hey, this is really what it was like. And it was cool."

I also LOVE the title: a Novel in Suites. How did you go about structuring the novel and what was that like?

Well, there's the play on words.  Musical suite, but mine refers to the suites of THE LAST HOTEL.  Every chapter takes place in a different suite, which is how we get to know the characters and their visitors.  As you can imagine, the ordering of the suites was a major undertaking.

I enjoy challenging myself with different structures.  I-LAND: MANHATTAN MONOLOGUES is told entirely through monologues, all taking place on one day.  THE LAST HOTEL is what one of the characters calls "a vertical shtetl."  A hotel is a great way to throw characters together.  Besides my father managed such a hotel and I always wondered what happened upstairs.

I started out as a poet so for me, it begins with language.  A word.  A phrase.  A person's name.  The idea of this beautiful old structure gone to disrepair, but still possessing "good bones and solid brass fixtures" made me want to fill it with stories.

And then these people started arriving.  I have no idea where they came from.  Well, actually, a few came from previous books.  The manager, Saul, is based on my father.  They seemed to want to rent a suite at the hotel and they wouldn't stop talking.

Dialogue, what people say and don't say, how they say it -- drives my work.  I feel as if i'm often racing to capture some great, outrageous thing a character says.  That's why I like to write for theater too.

The great Colette said, "You have to get old.  Don't cry, don't clasp your hands in prayer..."  All of my novels have been coming of age stories.  This is another coming of age. Actually, aging.  I want to create older characters who are sexy, alive, which I've tried to do in LH.  I think of those older European actresses, lined and glorious, mysterious in their enduring appeal.

I wonder how you respond to the Yiddishkeit. Though I don't speak Yiddish well, for this book, for these characters, I felt I had to introduce its wonderful expressions.  Did you know a knish is a vagina in Yiddish?  I use it as a pungent spice in my writing.  I love the sound of Yiddish, so vulgar sometimes, yet so unerringly frank.  As a result, we decided to include a Yiddish glossary at the end of the book.