Jane Ciabattari talks about her new audiobook, California Tales, being bicoastal, writing--and you could win one of her books! 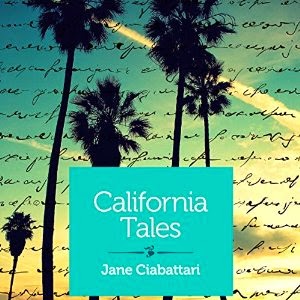 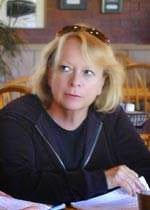 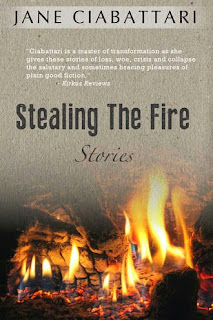 Jane Ciabattari does more to champion books and writers than just about anyone I know, so I am thrilled to host her here. She writes the Between The Lines Column for BBC.com, is the Vice President of the National Book Critics Circle online, and is the author of two highly acclaimed short story collections, Stealing the Fire, which at 1.99 is less than your morning latte (and more delicious), and California Tales, which is now an audio book from Audible and Sound Cloud. The first three people to comment get a freebie!

Jane's been a guest on my blog before, and you can read more about California Tales here, and Stealing the Fire here.  Thank you so much, Jane, for everything.


You seem to be the quintessential New Yorker, so why a series of stories about California?

I’ve been a bicoastal person for years. Despite my long association with the Upper West Side and Sag Harbor, I’ve spent a lot of time in California. I studied creative writing at Stanford and at San Francisco State (for graduate school). I was a Sunday magazine editor in San Francisco, where some of the authors I worked with included the legendaries of the Beat generation (Michael McClure among them) and others just beginning their careers (including Amy Hempel and Mona Simpson). In the past few years I’ve spent a lot of time in Sonoma County, become a member of the San Francisco Writers Grotto, and cofounded the [Flash Fiction Collective] reading series at Alley Cat Books in the Mission, with Grant Faulkner and Meg Pokrass. I’m in New York when I need to be—for National Book Critics Circle board meetings and events, Brooklyn Book Fair, all the rest—or connecting with literary buddies at AWP (it’s in LA next year), the Oakland Book Fair later this month, Litquake in the fall, and other places.  I’ll be cohosting the fifth annual National Book Critics Circle/Zyzzyva party this year in June in San Francisco, with Laura Cogan and Oscar Villalona. My avatar is always on the alert for live tweeting opportunities.

So many of these exquisite stories are about the dark side of the Sunny State--meth addiction, earthquakes, and alcoholics Do you ever think hat some of that bland good weather has something to do with that?

California has a notorious dark side—think Charles Manson, the assassination of Mayor Moscone and Harvey Milk, Jonestown. And yes, meth and all the rest. The natural world can be deceptive. I was in Los Angeles to attend the Golden Globes when the Northridge quake shook everyone awake and ripped apart freeways (that’s the background for my story “Aftershocks,” in California Tales). Napa had a 6.0 quake recently that broke the liquid crystal display on my MacBook Pro. And there’s a horrific drought ongoing. All of this sets up a curious tension. You can’t take anything for granted. A placid scene can be disrupted at any moment. Great, of course, for fiction.

Two are set in Southern California--the valleys and clubs and desert of “Arabella Leaves,” about a young woman high on crystal meth whose life is about to be shattered for the second time, and, in “Aftershocks,” the Viper Room and nearby hills during and just after the biggest quake in years. The third is set in Silicon Valley, just before the dot.com collapse. Again, those peaks and valleys, sudden collapses.

Now that they are newly out on audiobooks, does listening to them feel different than "listening" to the written word to you? Y

es, surprisingly. If so, how? It was a surprise to hear an actress read. Her enunciation is great, of course. And there is an undertone to her voice that is complex, but also a bit cheerier than I visualize “Arabella Leaves” to be. It’s such a tragic story.

Do you feel that a short story is like a very intense relationship while a novel is more of a long marriage?

Short stories can be completed relatively quickly (I wrote “Wintering at Montauk” in one sitting) and then polished for months or years. Novels take years to write and revise. Years.

Do you write and imagine stories differently than you do novels?

Yes. I can imagine a story in its entirety.  That’s much harder to do with a novel. I can carry a chapter in my mind. I can think about the overall effect of a novel. But hundreds of pages?  Dozens of chapters? Much harder to keep it all in my mind while also working on other deadlines. I need solitude and a place to put all my chapters around me for that. Something I get at writers colonies like the Virginia Center for the Creative Arts, and at the Grotto.

I always ask What's obsessing you now and why?

Finishing my novel, The Road to Eastville. It’s a complicated novel about a biracial family with a lot of research and quite a bit of history (including material on the underground railroad in the Midwest) layered in.  It may be impossible. But I’m determined.

And I always ask, What question didn't ask that I should have?