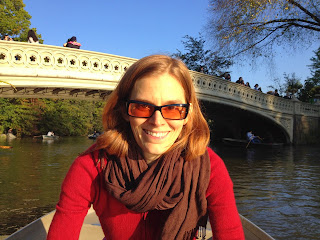 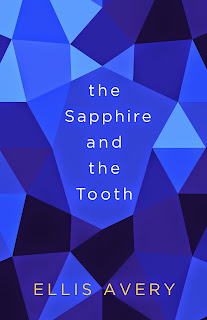 The absolutely wonderful Ellis Avery  has won two Stonewall Book Awards, one in 2008 for her debut novel, The Teahouse Fire, and another in 2013 for her second novel, The Last Nude. The Teahouse Fire also won a Lambda Literary Award and an Ohioana Library Fiction Award. I'm so delighted to host her here to talk about her Kindle single, The Sapphire and the Tooth, the first in a series of essays on grief, illness and food--all under the umbrella title, The Family Tooth.

My blog is always your blog, Ellis.

A jeweler with a law degree, for decades Elaine Solari Atwood fought crippling arthritis with hard liquor, until she died of a brain aneurysm at sixty-eight, leaving two daughters in their thirties and a lifetime's worth of unfinished business. Forced as a child to play nanny to five siblings, she grew up to become a mother who loved her girls as tenderly as her stifled pain and anger allowed. In THE SAPPHIRE AND THE TOOTH, I tell the story of selling my mother's jewelry in New York's Diamond District, and offer a searing portrait of alcoholism and difficult love.

Right after college, I lived in San Francisco’s Mission District, where I first encountered the Mexican Day of the Dead.  I was moved by intimacy and earthiness with which participants mourned and celebrated their dead family members, constructing altars decked out with tequila and cigarettes, bread and chocolate—all the comforts the deceased might crave in the hereafter.

After my mother died, I found myself constructing a similar altar.  I took comfort in setting a glass of chilled vodka in front of her photograph, and next to it, the diamond ring she was wearing when she died.

In that moment, as I set up her altar, my fingers slippery from the cold condensation on the crystal shot glass, buttery from the soft gold of the ring, a connection sizzled in my brain between the liquor and the gemstone, and not just because my mother had loved both.  The two objects together, as clear and sparkling as ice, brought to mind the word frozen.

Frozen: the diamond brought to mind the hundreds of human hours, from the mine to the gem cutter, trapped inside that stone, never to be retrieved.  Frozen: the vodka made me think of the way my mother’s alcoholism preserved her pain and anger for decades, whole and unchanged, both protecting her from ever really feeling them and preventing her from ever really letting them go.

I know I’m not the only woman to wish I’d loved my mother better, or to wish she’d left me better loved.  All I can do is tell as much of my truth as well as I can, and hope that doing so helps someone else feel a little less alone with theirs.  If Mother’s Day gives you a difficult pause—or a bittersweet one—this essay is for you.

You can read THE SAPPHIRE AND THE TOOTH on Kindle here.