PREORDER! Coming in May! Roxana Robinson talks about DAWSON'S FALL, her abolitionist family, her great-grandfather, a liberal who fought for the Confederacy, her fave book and indie bookstore, and more 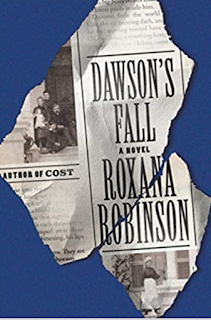 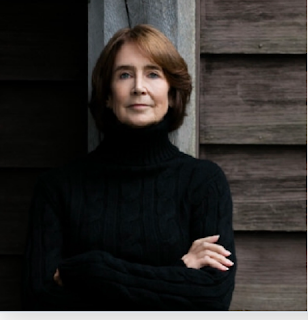 Roxana Robinson is the author of ten books - six novels, three collections of short stories, and the biography of Georgia O’Keeffe. Four of these were chosen as New York Times Notable Books , two as New York Times Editors’ Choices.

Her fiction has appeared in The New Yorker, The Atlantic, Harper’s, Best American Short Stories, Tin House and elsewhere. Her work has been widely anthologized and broadcast on NPR. Her books have been published in England, France, Germany, Holland and Spain.

She is the recipient of many awards, the most recent the Barnes & Noble “Writers for Writers” Award, from Poets & Writers.


Her new novel DAWSON'S FALL is about her great-grandfather, a hero to her family, a liberal who fought for the Confederacy. How was this possible?

THANK YOU so much, Roxana, for all that you do.

What was haunting you so that you had to write this book?
One side of my family is from New England, where we were abolitionists. On the other side we had a small Southern branch. My great-grandfather, Frank Dawson, was considered a hero in our family, because of his progressive positions – he was the editor of the Charleston News and Courier after the Civil War. He was a liberal, who stood up for the rights of black freedmen – but he was an Englishman, who came to this country in order to fight for the Confederacy. He fought in it for five years, and by the end he was a captain in the cavalry. So how could he be a hero to our family? Who was this person, and how could I reconcile such deeply opposing beliefs? I needed to come to terms with who my family really was, and what their legacy was. As I wrote this book, I came to realize that it wasn’t about my family, it was about my country.

What other book out there do you want to shower with some love?
I am just beginning Hilary Mantel’s final book about Thomas Cromwell, The Mirror and the Light. What is so wonderful about her writing is the beauty of her sentences, and her knowing, urbane voice. The language seems both utterly authentic to the times and to today; the characters are utterly familiar to us, the details mesmerizingly real: Thomas Cromwell’s cook asks him to kill the eels that twine and intertwine in the bucket at his feet. Cromwell remembers that when he was a cook he let the eels stay alive until the pans on the stove were heated. Who would know that? Now we do.

What indie bookstore should everyone order from and celebrate?

My favorite indie bookstore is The Corner Bookstore on Madison Avenue and 92nd Street in New York City. Once you set up an account with them you can order by email and they will send you the book, anywhere. It’s easier than A****n. And they are smart! And they know books! And they are nice! Here’s their email: cornerbook@aol.com

What book would you love to promote?