Nguyễn Phan Quế Mai witnessed the devastating Viet Nam War, and now writes about it in the racking-up-the-raves and astonishing THE MOUNTAINS SING 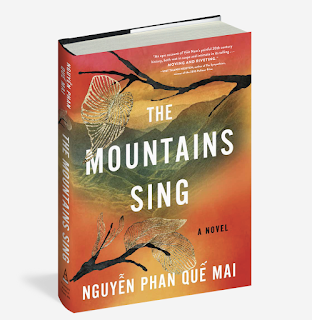 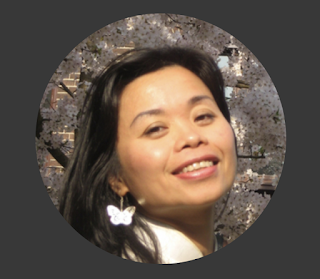 A Best Book of the Month/Season: The New York Times * The Washington Post * O, The Oprah Magazine * Real Simple * Amazon * PopSugar * Book Riot * Paperback Paris * She Reads * We Are Bookish
Born into the Việt Nam War in 1973, Nguyễn Phan Quế Mai grew up witnessing the war’s devastation and its aftermath. She worked as a street seller and rice farmer before winning a scholarship to attend university in Australia. She is the author of eight books of poetry, fiction and nonfiction published in Vietnamese, and her writing has been translated and published in more than ten countries, most recently in Norton’s Inheriting the War anthology. She has been honored with many awards, including the Poetry of the Year 2010 Award from the Hà Nội Writers Association, as well as many grants and fellowships. Married to a European diplomat, Quế Mai is currently living in Jakarta with her two teenage children. For more information about Nguyễn Phan Quế Mai, visit her at www.nguyenphanquemai.com.


I always believe that writers are somehow haunted into writing their books. What was haunting you?

The death of my grandmother. She was killed in the Great Hunger of 1945. She was tied to corn plants and was too weak to break away. My father knew the man who had murdered his mother, and told me that after the Great Hunger, that man moved away from our village. I never knew what happened to that man so I created the character Wicked Ghost in The Mountains Sing. I showed the reader how Wicked Ghost was punished for what he’d done. But in the end, Wicked Ghost was forgiven somehow. In other words, this novel was my way of searching for healing, for forgiveness, because being able to forgive is the greatest gift that one can give him or herself.

I was fascinated and horrified and heartbroken to read how what is often taught in school about Viet Nam is not the real experience. How difficult was it for you to share all that you know?

It took me seven years to bring this book to the finish line and I am still deep into it. I was born in a small village in the North of Vietnam, grew up in the South of Vietnam and my first trip out of Vietnam took place in 1992 when I was 19 years old. So I lived and breathed Vietnam and I still do. There was so much that I witnessed, so many stories that I heard, so many things which moved me therefore the most difficult decision was to decide what not to include in the book. The original manuscript purchased by my editor Betsy Gleick at Algonquin Books is much longer than the final length. I am very lucky that Betsy gave me the editorial vision and the courage to make my decisions regarding what to tell and what not to tell in The Mountains Sing.

The Mountains Sing is about Vietnamese history, which is a living history, witnessed by millions of people. There is no single version of this history because it is very complexed, personal, and emotional. In my position as a writer, despite my family’s experiences, I wanted to be objective. I wanted to present a version of history which as many people as possible can relate to. That’s why I interviewed hundreds of people for The Mountains Sing, I read countless books in Vietnamese and English. I learned so much by working on this novel and despite the challenges, I enjoyed every minute of it.

The challenge also comes from the fact that English is my second language and I only had the chance to learn it at 8th grade. Yet I wanted to write The Mountains Sing with a poetic language that embraces the Vietnamese culture and ways of expressions. I needed my Vietnamese-English dictionary quite a lot, but basically I wrote this novel with my Vietnamese instinct, with the ca dao songs that echo from deep inside of me.

You’ve previously written a poetry collection. What was it like to delve into a novel?

I’ve published eight books in Vietnamese language and The Secret of Hoa Sen (BOA Editions, 2014) is my collection of Vietnamese-English poetry, translated by myself together a poet I deeply admire – Bruce Weigl  (who is a Vietnam veteran and whose poetry collection Song of Napalm is stunning).

I think my love for poetry took its roots from the very first day of my existence in this world. The year was 1973, in the middle of the Vietnam War and things were extremely difficult. We did not have enough to eat, and my mother made up for the lack of food by nursing me with lullabies and ca dao songs. Essentially poems, these songs are passed down from one generation to the next, so you could say that poetry helped raise me and keep me alive.

Poetry is a part of my being and I could not help but sneak snippets of poetry into The Mountains Sing, either through the translation of Vietnamese poetry or via my own use of images in the expression.

What kind of writer are you? Do you map things out or does the story somehow find you?

I have always wanted to write a novel with a grandmother and a granddaughter in it. It’s because I never had a grandma and I wanted to have one who would tell me the history of our family. But I didn’t know how to start such a novel.

Then in 2012, while traveling to a self-defense class together with my husband and our Vietnamese friend, I asked the friend what it was like for him during the war. He told me about the bombings of Hanoi in 1972, when he was a young boy living with his grandma. Both of his parents were working in Russia and his grandma tried to protect him from the bombs. My friend’s bombing experiences were so horrific that years later, when he was a grown man traveling on a business trip, he got onto an airplane and as soon as the plane’s engine started, he started shaking. The airplane’s noise brought him immediately back to the terror of the American bombings. He shouted and screamed and had to get out of the airplane.

My friend’s story was so moving that when I came home that night, after cooking my kids dinner and putting them to bed, I sat down at my writing desk. I found real audio clips on the internet with urgent voices warning citizens against approaching American bombers. I listened to those audios and with tears running down my face, started to write a scene which would later become chapter 1 of The Mountains Sing.

So to answer your question: I did not know what would happen to Grandma Diệu Lan and Hương when I started The Mountains Sing. But I knew that I needed to write about Vietnamese history and the Vietnam War and place Vietnamese people in the center of it. Tens of thousands of book about the war are available in English and they are mostly about American people. I would like readers to hear stories from Vietnamese people, and from women and children in particular.

How to stop wars with my writing. How to highlight the evil of wars and their devasting impact on individuals, families, societies, cultures… for generation to come. When I was growing up, witnessing how terrible the Vietnam War’s aftermath was, I was so sure that humans would not be stupid enough to wage another war. Now I know that I was naïve. I am sad to see wars taking place every day now somewhere on our planet. I see myself in a normal citizen of Iran, Iraq, Afghanistan.... I feel for them. I think that if we don’t know how to stop spreading hatred and foster dialogues and understanding, the human race will kill ourselves off this earth someday.

With the above obsession, I have written my second novel, also about the Vietnam War but set mainly in the current time. It took me five years to research and write this novel and I also put all my effort into it. I have just sent the manuscript to my brilliant agent Julie Stevenson who is reading it. I can’t reveal the storyline yet but I am truly excited about this novel.

I hope The Mountains Sing illuminates my love and respect for nature. In the words of Grandma Diệu Lan, “whenever humans fail us, it is nature who can help save us.” But the sad reality is that the human race is destroying nature at an alarming rate. We cut down forests to erect commercial projects, we use too much plastic, we pollute and we consume. I wish to write a book one nature someday so that I can paint pictures about the breath-taking natural landscapes of Vietnam. And I hope my books will encourage international readers to visit my homeland: it is truly a beautiful and fascinating country.

Caroline, thank you so much, for spending your time reading The Mountains Sing and for your kind compliment about it. To have a New York Times Bestselling author read and excited about my novel is a real gift.