What makes a marriage last? Dani Shapiro talks about her luminous memoir Hourglass, how time alters us and our memories, and so much more 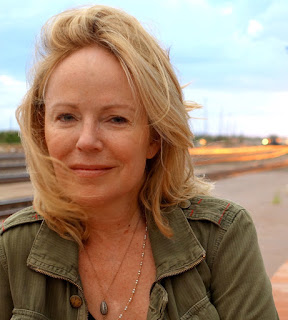 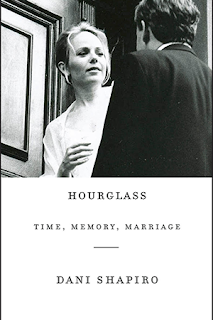 I can't remember when or where I first met Dani Shapiro, only that it was--and still is--absolutely remarkable. I remember the last time I saw her, at a book fest, and we grabbed a quiet spot and just talked and talked and it felt like every secret I had ever had was revealed, and it was safe. She's funny, smart, deeply thoughtful, and I need to go have tea with her as soon as possible!

Dani is not just a wonderful person, but she's also  the bestselling author of the memoirs Still Writing, Devotion, and Slow Motion, and five novels including Black & White and Family History. Her work has appeared in The New Yorker, Granta, Tin House, One Story, Elle, The New York Times Book Review, the op-ed pages of The New York Times, The Los Angeles Times, and has been broadcast on “This American Life”.  Dani was recently Oprah Winfrey’s guest on”Super Soul Sunday.” She has taught in the writing programs at Columbia, NYU, The New School and Wesleyan University; she is co-founder of the Sirenland Writers Conference in Positano, Italy. A contributing editor at Condé Nast Traveler, Dani lives with her family in Litchfield County, Connecticut.


This memoir is so rich and real, and also so brave—was there any time when you were afraid of what you were writing? Did anything surprise you about it?

Oh my god, where do I begin.  I was terrified for much of the time I wrote Hourglass.  All books are – or should be – scary to write, but this one was different for me because it felt like such a high-wire act.  I was writing from within my own marriage.  My own happy marriage of 20 years, which is also to say, my own complicated, imperfect marriage as all long marriages are.  It was a book I felt absolutely compelled to write – I wanted to explore what it means to be two people going through time together – but the whole time I was writing it, I wondered if I had lost my mind.  One thing that surprised me was that it was clear to me, from early in the writing, that this would be a slim volume, as they say.  It felt like a book that wanted to be read in one or two breaths, or at least that’s the way I thought of it.

Hourglass is a portrait of a marriage that lasts—and changes amidst success, aging, illness, and having a child. So, how did writing this exquisite memoir change your marriage yet again?

Writing Hourglass allowed me to see certain strengths and certain fault lines in my marriage more clearly than I ever had before.  It’s a very interesting exercise to put one’s marriage under a microscope, the way I did in this book.  Not for the faint of heart!  But it only has brought my husband and me closer together.  He’s also a writer, and is my first reader.  He read every page as I wrote, and if he were to have said to me, I’d rather you didn’t – well then I wouldn’t have.  My marriage is more important to me than any book.  Is that okay to say?  I hope it doesn’t make me less of an artist.  My family and their well-being comes first.

I’m fascinated that you said that you were done with telling stories, that you want the truth—but don’t you feel that the way we make sense of our lives is often in making our lives a story to ourselves, finding that arc, superimposing meaning?

Absolutely we’re always telling stories, always superimposing meaning.  But the older I get, the more I see that the stories change, our memories change, that nothing is fixed.  It’s why writing multiple memoirs is possible.  All the writer is doing is pinning that precise moment between the pages of a book.  Nothing more.  I’ve become fascinated with the kind of narratives that attempt to inhabit a consciousness, rather than tell a story.  Not that I’m not interested in stories!  But I am more interested in what drives them.

What really got me in your moving memoir was, well—love. There is something very different about being in a long term loving relationship than those first heady days of passion—and I think the long marriage, the going through difficult times together is what truly makes a union. Do you agree? Can you talk about this please?

When I finished the book and early readers began to describe it to me as a “very grown-up love story” nothing made me happier.  Because, yes, I knew I was writing out of love, but the kind of clear-eyed, intimate, going-through-it-all-together kind of love that isn’t about hearts and flowers and cueing the violin.  I look at my husband sometimes and think: we have gone through terrifying things together. The near-loss of our only child;  the illnesses and deaths of parents; financial fears; successes and disappointments.  The whole megillah, the whole human catastrophe.  This only makes me love him more.

As I think Hourglass makes abundantly clear, I’m obsessed with time, and have been for the past ten years or so.  How does time alter us?  How does time chisel away at us? How does time move?  In a circle? A spiral?  A straight line?  Are all the people we’ve ever been still alive somewhere within us?  And then, well, obviously the state of the world.  But I try to put brackets around that obsession so I can get work done.

Um… maybe, when are you going to put on your red cowboy boots and go out on the town with me?
Posted by Caroline at 7:15 PM