Self-appointed "peace and justice rabble-rouser" Ellen Meeropol talks about her stunning new book KINSHIP OF CLOVER, family, politics and so much more 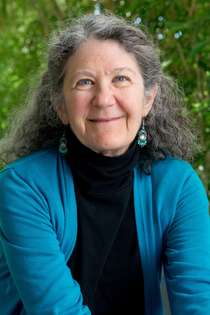 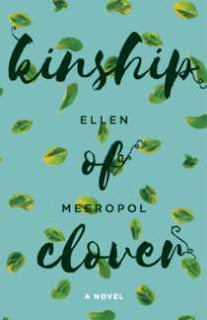 How can you not like someone who calls herself "a peace and justice rabble-rouser?" Ellen Meeropole the author of On Hurricane Island and House Arrest and numerous essays and stories, is here to talk about her haunting new novel., Kinship of Clover, about love, family and yes, politics. Thank you, Ellen, for being here!


I always wonder where the idea for a book comes from? What was haunting you?

Actually, a character from my first novel was haunting me. Pestering me, really. Jeremy was nine years old in House Arrest, and at the end of that book he was left in a vulnerable place. The cult he grew up in had fallen apart and his father went to prison. “Don’t you want to know what happened to me?” he kept whispering. I did want to know. That interest sparked the new novel.

All I knew of Jeremy when I started writing was his nine-year-old self. He had a twin brother and they lived with their mom. Jeremy was the sensitive twin, who had loved to hang out in the family greenhouse and draw plants. Eleven years later, in the new novel, his interest has become an obsession with disappearing plant species.

Like Jeremy, I am haunted by the rapid destruction of our planet and the apparent lack of will on the part of the human species to make the change necessary to turn things around. To write this novel, I re-imagined this character as a college Botany major. As I wrote, Jeremy’s beloved endangered and disappeared plants took on lives of their own and became active players. That totally surprised me, but it felt true to Jeremy and his story.

For you, it feels like the political is very, very personal, especially in this novel. Can you talk about this please?

The political is very personal to me. I’ve been interested in social justice since high school, active in civil rights and anti-war groups. In college, I fell in love with Robby Meeropol, who turned out to be the younger son of Ethel and Julius Rosenberg. I have never been tempted to write fiction about the Rosenberg case, but the themes raised by Robby’s family story and my own political past have always pushed their way into whatever narratives I write. As a writer, and as a reader, I’m fascinated by stories that illuminate injustice, that explore our world through very different perspectives, and that imagine a different kind of society. In today’s world, issues of global warming and climate justice feel critically important to me.

In the new novel, both Jeremy and his girlfriend’s grandmother, Flo, are acutely aware of the potential costs of political activism. Jeremy’s family, an oddball collection of outsiders who were harassed by law enforcement, paid a heavy price for being different. Flo, a lifelong activist and rabble-rouser, wants to share her knowledge and experience with young people. She has suffered consequences of choices that are outside the mainstream of our society and now faces dementia. Jeremy and Flo, separated in age by over fifty years, share a perspective about fighting injustice and very personal knowledge of the costs that can come with the territory. I think political struggle is always personal. As we fight against racism, poverty, and repression, we are still people first. We’re parents and grandparents and children and neighbors, trying to take care of each other and facing difficult questions about how to balance those competing demands. For me, fiction is a way to dramatize those conflicts, to explore those thorny questions with our heads and our hearts.

What kind of writer are you? Do you scribble on legal pads, or only use your trusty computer?

I mostly write on my computer. My brain moves quickly and my memory isn’t so great. I have to capture thoughts quickly, before they’re gone, and my fingers type faster than they write. That said, I have notebooks filled with images and observations and questions and descriptions. Some of my best ideas come when I’m walking, outside or on the treadmill, and I’ve learned to stop and jot notes (or send emails) to myself.

I’m still very much obsessed with climate justice, even more now that we seem to be moving backwards in addressing these issues. My current manuscript, which I’ve been working on for 17 years, moves with two sisters from anti-war and feminist activism in 1968 to a crisis of politics and climate change in the near future.

The only thing I might add is that I am grateful to you, and to the extended community of writers and readers and booksellers and libraries for the response to the heightened dangers of today’s world. As a literary arts community, it’s crucial that we continue to work together to resist the social and political injustices around us, from loss of funding to critical environmental, arts, and social welfare organizations to heightened danger to our most vulnerable sisters and brothers. As writers and as humans who live on this world, let us be bold and brave in our writing and our activism.
Posted by Caroline at 1:14 PM