Despite protestations to the contrary, climate change is killing out planet. Acclaimed writer Connie May Fowler talks about her gripping new memoir, A MILLION FRAGILE BONES, the greed that causes planet devastation, fighting back and more 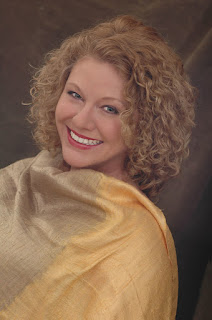 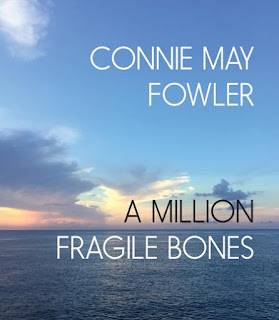 "A Million Fragile Bones stands as testament to the devastation caused by the greed and irresponsibility that lead to environmental disasters,
to all creatures, human and otherwise."~~Tampa Bay Times

"Fowler’s elegy to her lost home and chronicle of BP’s criminal negligence and the toxic decimation of this coastal haven is uniquely intimate and affecting in its precise elucidation of this tragic, largely invisible apocalypse, offering powerful testimony to the unacceptable risks and profound consequences of reckless oil drilling."~~Booklist

Connie May Fowler is the kind of person that when I think about her, I want to hug her. She's so hysterically funny, with a huge heart, deeply thoughtful and brilliantly talented. She, of course, is an award-winning novelist, memoirist, screenwriter, and teacher. Her most recent book, A Million Fragile Bones, is a memoir that details her experience during the Gulf oil spill and explores the close ties between place, spirituality, family, and environmental devastation. And it's a knockout. She's written six other novels, How Clarissa Burden Learned to Fly, Sugar Cage, River of Hidden Dreams, The Problem with Murmur Lee, Remembering Blue and Before Women had Wings, recipient of the 1996 Southern Book Critics Circle Award and the Francis Buck Award from the League of American Pen Women. Three of her novels have been Dublin International Literary Award nominees. Connie adapted Before Women had Wings for Oprah Winfrey. The result was an Emmy-winning film starring Ms. Winfrey and Ellen Barkin.

But wait--you have to know this. In 2007, Connie performed in New York City at The Player’s Club with actresses Kathleen Chalfont, Penny Fuller, and others in an adaptation based on The Other Woman, an anthology that contains her essay “The Uterine Blues.”  And while Connie was performing, I was in the front row and she told me later, that when the actress portraying me read my piece, my face was a tangled map of emotion. In 2003, Connie performed in The Vagina Monologues alongside Jane Fonda and Rosie Perez in a production that raised over $100,000 for charity.


I always want to know the “why now” moment? Why did it feel like you had to write this particular memoir right now.
A Million Fragile Bones has had a strange journey. It began as a sort of idyll, an homage, to this incredible place I lived—a narrow spit of land, a sandbar really, that juts into the northern Gulf of Mexico. Think Pilgrim at Tinker Creek meets the sea.

For nearly twenty years, I lived a rare life, one immersed in nature, one in which I could easily avoid people if that’s what I chose. So, I began playing around with the idea, poking at the edges, figuring out what drew me to this place, and then the BP oil spill happened, destroying so much of what I held sacred.

I survived the horror through writing, so this is a memoir largely written in real time. Suddenly I felt anew the urgent call to bear witness. I felt a duty to record the destruction and the truth so that possibly such a disaster would never happen again.

But now, with the new administration calling for drilling throughout the gulf, and with no significant safety improvements in place, the memoir feels not only like an act of bearing witness but a call to arms.

The BP oil spill impacted 68,000 miles of ocean and also washed ashore.  But not only did this devastate the area you loved, but you were grappling with your own inner devastation as well. How in the world did you manage to get through this?  Did anger towards the corporate greed responsible for this travesty help at all?

I suppose anger is a galvanizing force, but also, this was my sacred space being destroyed. How does one not stand up to that?

There were days, however, that were very bleak, days that I questioned my sanity and well-being. As we witnessed day by day the situation grow ever worse, BP’s PR machine bustled along in full force, essentially claiming we weren’t experiencing what we thought we were experiencing. It was a form of corporate gas-lighting. And then there were all the dead and dying animals, the water that began to move as if it were heavy because it was laden with oil, so inevitably the anger turned righteous. Righteous anger can move mountains. And it can help you maintain your bearings in a world suddenly awash in chaos and sadness.

I loved that you wrote that you are still searching for your father who died decades ago. That says something so profound to me about grief—that it never goes away. It just changes. Can you talk about this please?

This was one of the most surprising things to me. As I said, before the spill I thought I was writing a book about my love for nature and a specific place in nature. But even then, in those early days, my father kept cropping up. I was like, “What are you doing here?” And then, as writers should, I just went with it, trusting he was there for a reason and I would eventually figure it out.
In the wonderful, mysterious act we call writing, I realized anew that I was still grieving, still missing, still madly loving the man who had died when I was six.

Loss is not an empty space. It is filled with all the love and longing we possess. Perhaps that is why grief is such a powerful force in our lives and why, rather than denying it or trying to push it down, we need to embrace it.

So much of this wonderful memoir is a call to arms, a plea for everyone to pay better attention to our planet. (And to themselves).  What is the one best thing people can do?

A few months ago, I might have had a different answer. But now, I fervently believe the best thing we can do is vote into office—from dog catcher up to the White House—people who believe in science. We simply cannot afford to have climate change deniers in charge of our country. Nor can we afford to have EPA protections rescinded and funding gutted. I heard today that the administration is considering rolling back regulations on lead. Lead. What’s next? DDT?

For the life of our planet and for the well-being of every living thing on earth—human, plant, animal—we cannot let greed and ignorance rule the day. Science, not opportunistic deal peddling, is the only thing that is going to save us.

Climate change. It is the greatest danger we face. Already, it has thrust us into the Sixth Great Extinction. How horrible to live in a time in which species are vanishing from the planet! How do we not do anything about that? How do our hearts not break?

Ocean levels are rising precipitously. The ice cap is melting. Earth is getting hotter. Droughts are commonplace. Storms are growing more intense. We face a future of global food shortages and, therefore, mass migrations. And yet, it seems that Nero is fiddling while all of Rome burns.   What question didn’t I ask that I should have?

How is life in Mexico?

I can say, I have been here for just over a year and am loving this new chapter in my life. There are lots of challenges—language proficiency and the frequent, necessary trips back to the U.S. can be trying—but neither of those things are deal breakers. Indeed, I love being immersed in a new language and culture, and I’m getting used to dealing with the intricacies of moving across borders.
This place feels both ancient and fresh to me. I am learning so much. People here are sweet and generous. They care about family, about the heart and soul of things, in a way that I have never before experienced. I am gardening again. Digging in the soil of a foreign land and harvesting its gifts—tomatoes, basil, squash, avocado, guañabana, mamey, papaya, chaya—makes me feel as if I have come home.
Posted by Caroline at 1:02 PM