The incomparable Meredith Maran talks about her sublimely funny and moving THE NEW OLD ME, desperation, taking chances, crafting a new life, and more 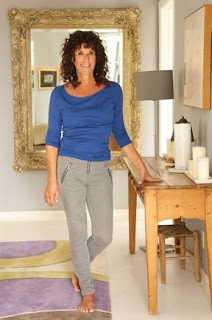 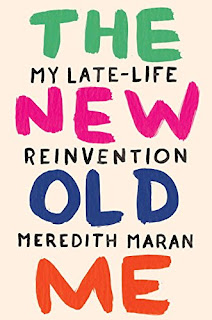 You know the kind of friend who you can call at any hour, sobbing into the phone, and not only does she dry your tears, but she gets you laughing? That's Meredith Maran.

She's the author of  a dozen nonfiction books and an acclaimed novel, A Theory of Small Earthquakes, as well as being a member of the National Book Critics Circle and the MacDowell Fellows West. She writes features, essays, and book reviews for People, Salon, The Los Angeles Times, The Boston Globe, The Chicago Tribune, The Los Angeles Review of Books, Real Simple, Mother Jones, Good Housekeeping, and other publications.
And she is totally and completely cool, and her fierce, feisty and very, very funny new memoir The New Old Me really is required reading for anyone who feels there are no such things as second acts. (There are! And 3rd, 4th and 600th acts!)

Hugs to you, Meredith and thank you for being here!


What is it about sixty that brings about such radical change?
In a word: it’s WTF time. Instead of counting forward, at 60 I started counting backwards: how many more Fourth of Julys, Thanksgivings, hikes, trips to exotic places, orgasms, new pairs of shoes (you can relate, dear cowgirl!) I had left to enjoy. Once that number becomes somewhat finite, the urgency to “Get it while you can,” as my girl Janis put it, becomes a siren’s call. I’ve never been a fan of delayed gratification, and it’s definitely too late to start liking it now.

Also, I used to be a big negotiator about every little thing—“Not that restaurant, not that hiking trail, not that movie”—and now I’m a big “yes” girl. Living in a new and thrilling city, I quickly learned to say “yes” to every invitation I got. As long as you surround yourself with great people, which I’ve been lucky enough to do, saying “yes” opens the door (and my heart) to the best kinds of adventures.

Moving from San Francisco to Los Angeles is such a radical move—were you expecting radical change? Or was this simply desperation?
Desperation, baby. I’ve lived in a lot of places—Washington Heights, the Upper East Side, Lower East Side, Upper West Side, the Village in New York, the mountains of northern New Mexico, London, San Francisco, Berkeley, San Jose—and there was only one place on earth I swore I’d never move to, and that was Los Angeles. I saw LA as a polluted Armageddon, the worst of human nature versus nature writ large. But La-La-Land was also where my only option was located and I was too broke and too broken to say “no.” Now I can’t imagine having landed in a more perfect place. And I’m not just saying that because I’ve gone “La-La.” LA and I are in a similar phase of life. We started out big and brash, lost it, and now are struggling to come back.

No one I know is as honest or brave and candid as you are—and you seem to have this almost steely resilience for refusing to give up. Where’d that come from?
Thanks for noticing! Although I must say wasn’t feeling resilient at all during my first year in L.A., the first year I write about in the book. I was lonelier and more defeated than I thought possible. I didn’t think I’d ever feel joy or excitement or optimism again. Eventually, I felt better. Moving into my little Bungalito made a huge difference—a Silver Lake womb of my own! GPS helped! Most of all, friends helped.

I certainly can’t attribute my resilience to my New York Jewish heritage! I come from a long line of pessimists. One thing I’ve got going for me is that I'm open to being surprised. In fact, I’m determined to be surprised. So when I’m down, I remind myself that although I’ve had some pretty terrible surprises, like the end of my seemingly perfect marriage, I’ve also had some pretty great surprises, like meeting the people I’ve met and seeing the sights I’ve seen in LA.  It sounds corny, but I’m really into gardening, growing food and flowers, and seeing what lives and what dies and how each flower and artichoke smells and tastes—it's all about rolling with the disappointments and reveling in the good stuff and most of all, learning what works and what doesn’t.

How scary was it to write this book? What surprised you about it?
The scariest thing about writing another memoir was that in the course of telling my own truth in my previous memoirs, I’d hurt people I loved. I wasn’t willing to do that again, and yet I love writing (and reading) memoirs best of all. I thought there had to be a way, so I interviewed 20 successful memoirists for my last book, Why We Write About Ourselves, and got some tips. Mostly, the writers recommended writing a memoir through one’s own point of view, not vilifying or idealizing others. It was surprisingly hard to keep that perspective while writing a memoir, and to keep the focus on my responses to other people and not on the other people (my ex-wife, for example). But I welcomed the challenge and I think it worked.

I have to ask, where do you see yourself in ten years? (Since you have the most amazing, surprising life of anyone I know!)
Post-Trumpocalypse, all I see in my future is a whole lot of fuming, marching, letter-writing, and Congressperson-calling. But I imagine there will be other things, too. If Pence gets his way, I’ll be sent for conversion therapy, and if it works, maybe I’ll be married to a man in ten years. Or, if I get my way, I’ll still be loving the things I love now—my daily ass-kicking workouts and hikes, writing books and book reviews, growing pomegranates and artichokes and roses, having adventures with fun, funny friends. I’m not sure I’ll end up in La-La Land, but I must say, it’s a hard act to follow!