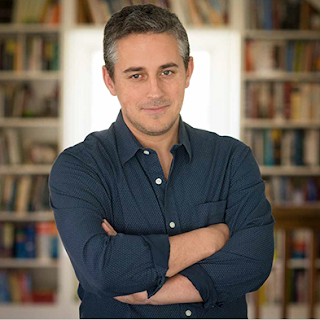 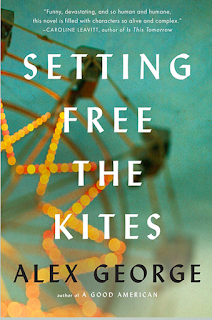 Alex George is wonderful in a whole variety of ways. First, there's his writing. He's the author of the sublime A Good American, a national and international bestseller, and a Library Journal Best Book of the Year. Alex has been named as one of Britain’s top ten “thirtysomething” novelists by the Times of London, and was also named as the Independent on Sunday’s “face to watch” for fiction in its Fresh Talent feature.

Second, he's a guy of many talents. In addition to writing, he also runs his own law firm and is the founder and director of a new literary festival, The Unbound Book Festival.

And third, he wrote Setting Free the Kites, which is so haunting, so moving, so gorgeously crafted--and I'm excited to be talking to him about it at the Unbound Book Festival.

And finally, of course, what matters most--he's kind, funny, smart and I'm thrilled to have him on the blog.