Writing a children's book? Read Deborah Kalb's interview about THE PRESIDENT AND ME: GEORGE WASHINGTON AND THE MAGIC HAT, balancing time, bobbleheads and more 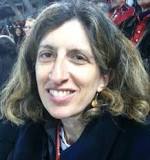 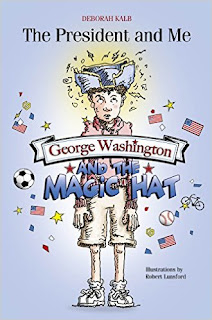 Deborah Kalb doesn't just write about books,  (you want to check out her fantastic books blog),she also writes the books themselves. She is the author (with Marvin Kalb) of HAUNTING LEGACY: VIETNAM AND THE AMERICAN PRESIDENCY FROM FORD TO OBAMA and STATE OF THE UNION. Her new book is a children's book, THE PRESIDENT AND ME: GEORGE WASHINGTON AND THE MAGIC HAT and it's absolutely charming. I'm thrilled to have her here. Thank you, thank you, Deborah!

Why did you decide to write a kids book? Why now? Why this subject?

Good question! It’s a big departure from the books I’ve written or edited before. I wrote a book with my father, Marvin Kalb, called Haunting Legacy, which looked at the impact of the Vietnam War on the presidents from Ford to Obama, once the war had ended. It is a nonfiction book, for adults. I’ve also edited and written reference books for high-school age and up dealing with politics and government.

I guess the constant themes running through all of those projects and this new one are history and presidents! The President and Me: George Washington and the Magic Hat is fiction, for kids, about a present-day boy named Sam who travels back in time, thanks to a cantankerous talking hat he buys at the Mount Vernon gift shop, and meets George Washington at different times in George’s life, from his youth to his Revolutionary War service to his swearing in as the country’s first president.

But the book, which is for middle-grade readers, approximately age 7-12, also focuses on Sam’s life at home and the problems he’s facing, which include the fact that he and his longtime best friend are no longer speaking.

My son is in fifth grade, and that was part of the inspiration for writing a kids’ book.

Did you research Washington? What surprised you about it?

Yes, I read a lot of books about him, both for adults and for kids. I went to Mount Vernon. I did a lot of research online about the periods in GW’s life that I was portraying in the book. I wanted to get a feel for what the various locations looked like, so I looked up photos and watched YouTube videos depicting these places as they appear today, and asked questions of park rangers and other experts about what the scenes (such as the crossing of the Delaware) looked like back then.

I was surprised to read about how George Washington wanted to be a sailor as a teenager. We think of him, understandably enough, as a great general, but his career could have gone in another direction.

I love the illustrations that I see! Did you work together and have input and what was that process like?

I love them too! The illustrator, Rob Lunsford, is a family friend—I’ve known him and his equally wonderful wife, Kathleen, since I was in fifth grade! Rob and I worked together to figure out what parts of the story would work well as illustrations, and he used my son as the model for Sam.

A: Hmmm. I think I’m currently obsessed with how to balance my time! I really enjoy interviewing you and the other amazing authors I feature on my book blog, deborahkalbbooks.blogspot.com, and that’s often so interesting that I forget to go back to my own writing!

These are all great questions. I guess you could ask, Will this be a series? Yes! I’m working on book two right now, The President and Me: The John Adams Bobblehead (and yes, there is such a thing as a John Adams bobblehead—we are the proud owners of one). In this second book, Sam’s across-the-street neighbors, Ava and J.P., go to Boston for a family wedding and end up being transported back to the time of John and Abigail Adams, thanks to a talking bobblehead.
Posted by Caroline at 12:41 PM