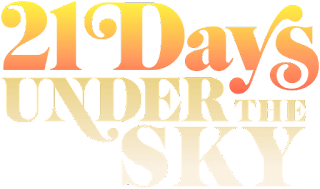 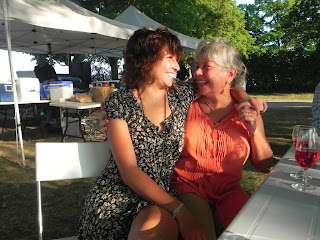 Many years ago I picked up a novel THE WAITING ROOM by Mary Morris and fell in love with it. It took me years to track down Mary, through her husband Larry, and we became the best of buddies. And what inspires me even more is how close Mary is to her daughter Kate. Of course, I wanted to interview both of them. Kate is a filmmaker and the writer of 21 DAYS UNDER THE SKY. Mary is the critically acclaimed award-winning author of the short story collections Vanishing Animals, The Bus of Dreams, and The Lifeguard Stories; travel memoirs, including the acclaimed Nothing to Declare: Memoirs of a Woman Traveling Alone, Wall to Wall: from Beijing to Berlin by Rail, and Angels & Aliens: A Journey West. And she's the author of the novels The Waiting Room, The Night Sky(formerly published as A Mother’s Love) and House Arrest.

I couldn't be happier to have these two amazing women here. Thank you Mary and Kate!


Mary, your critically acclaimed novel THE JAZZ PALACE is now in paperback and I’m wondering if you perceive any difference in the whole process or if you feel differently about the paperback than the hardback?

I like the new look of the paperback a lot.  It’s bright and pops out.  It’s also more youthful.  I loved the distinctive look of the hardcover as well, but I feel that this one can reach a wider and younger audience.  Also I think the paperback looks great for book clubs and course adaptations.  And now that the book has won an award I’m hoping for more of that to come.

Mary, I so admire that you didn’t know that much about jazz when you began to write this book, and yet you crafted a novel that is so authentic, so rich with character and life, that also actually written like jazz, that jazz experts have praised its authenticity. Did you ever have doubts when you were writing?

M: I used to joke that I suppose I could have found an easier topic to write about than jazz - like quantum physics.  In fact the book I'm working on now has a lot in it about astronomy and trust me that is so much easier to write about than jazz.  So the answer is yes I was often filled with doubts.  As you know, the novel took me almost two decades to write and along the way I was so sure It would never work out and that basically during that time I immersed myself in the culture of jazz.  I actually took four years of jazz piano to try and understand how musicians work but all I learned to do was play Blue Monk.

Kate, I loved your film 21 Days Under The Sky, which is about four motorcycle guys driving down the Lincoln Highway. It’s so specific, and so hauntingly shot, and the narration, which you wrote, reminds me so much of Jack Kerouac. So first, off, how did you first conceive of this project?

K: It’s funny everyone keeps telling me that the narration is very Hunter, Bukowski, Kerouac. I very much am inspired by that generation of writers, but it’s just how my brain puts things down on paper. The project itself fell in my lap very haphazardly and accidentally and I just kind of went with it. Michael, the genius director and cinematographer, and I had met in passing at a friend’s studio and he told me he wanted to do this trip. Michael is a classic dirt bag biker and I knew if I seemed interested he wouldn’t consider me for the gig. So I shrugged him off. Eight months later I was in New York and got the call to come back to Los Angeles, he needed a writer and was going to put me on a Harley, “because how else can you write about the American Dream?”. I got on a plane, got my driver’s license. Three weeks later I was on the road with a bunch of dirty men, one pair of pants, and no tent.  Kate, what came first, the filming or the narration? What was the process like?

K: I guess it was a bit of both. I was on the ride itself so a lot of the filming happened while I was sitting in a ditch, or a casino somewhere writing. The film lost funding for about a year, so during that time period I had the luxury of time to think everything through. The second half of the movie I really finished a year after we got back from the ride. The process was a disaster and also very fun. I’d do it one more time.

Kate, what surprised you, and why? And do you ride motorcycles yourself? Do you want to?

K: Everything surprised me. I do ride, and I rode a Harley 48 across country with the guys for the documentary. I’d never been on a bike that big, and I’d never ridden more than 75 miles in a day. The night before we left for a 3800mi ride I picked up a bike in Carson, California, and in the morning I cried into my helmet and rode 350 miles up the notorious Highway 1 to meet the bikers in Salinas. I was ready for the worst, but the thing that surprised me the most, I suppose, was that nothing really bad ever happened. I was the only girl on the crew and we spent time with an outlaw bike club, El Forastero, and in a bunch of random towns. Often I got lost and was alone on the road. Everyone was wonderful and helpful to me. Even the Marines that asked me to show them my tits at a gas station in Eureka, NV.

Kate and Mary, I know you’ve been working on a script together. What is that like? What differences do each of you bring to the table? What similarities? What has that process been like for your work in general--and your mother/daughter relationship?

M:  I've found the process of working together as mother/daughter surprisingly smooth.  Our biggest problems have to do with when we meet and how often.  Kate's a night owl; I'm not.  I'm more a sit-down and let's get it done kind of person.  Kate's life is more in flux as it should be at her age.  I think that my strength is I’m good with plot and pacing.  She’s very good at pushing the material and taking risks I probably wouldn’t take.  For example in our script she wants to kill the dog.  I can’t kill the dog.  Yet.

K: She just said it all. She’s the professional, I’m the rascal, and we have a really good time together.

M: I’m a rascal, too. We did spend three days holed up in a cabin in the woods with three dogs, snowshoeing and working on the scripts and watching thrillers.  The script is a thriller, by the way.

K:  We couldn’t get past page fifty.  But we got a great set-up.  We’ve storyboarded it, and we know where it’s going…for now.

What’s obsessing both of you now and why?

M: The sky, the universe, the stars, neurology, and the screenplay we need to finish.

K: Glacier National Park, living out of a van, the corn I am growing out of an old Jacuzzi, seeing a wolf being a wolf, and the screenplay we’re going to finish.

What question didn’t I ask that I should have?
M: What other projects do you guys have on deck?

K: And would we work together again?