Obsessed with the sky? Who isn't? Susanna Hislop talks about STORIES IN THE STARS: AN ATLAS OF CONSTELLATIONS 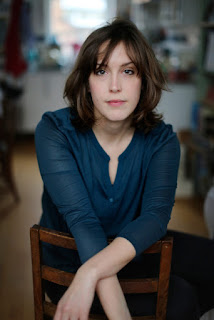 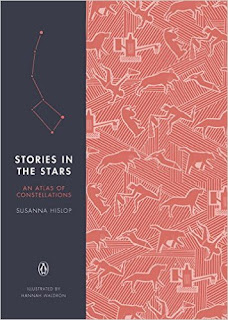 Who doesn't wish on stars or marvel at the sky? Stories in the Stars: An Atlas of Constellations is an amazing, beautifully illustrated book about the magic of the sky. I'm honored to have Susanna Hislop here to talk about it. She is an actor and a writer and the Artistic Director of Slip of Steel, and is an editor of the online literary quarterly The Junket. Her first book Stories in the Stars: An Atlas of Constellations was BBC Radio 4’s Book of the Week over Christmas 2014. Thank you so much, Susanna.


Why do you think we are all so fascinated with the sky?

It’s right on top of us! It engulfs us. It lights us, darkens us, rains on us, shines on us, feeds and kills us: and even now, in an age governed by science and reason, most of us – and certainly me – have absolutely no real sense of what it is or how it works. Mostly it just makes us feel, keenly, our place in some vast and greater truth, or rather chaos or untruth: filling us with magic and fear.

What do stories about the constellations really tell us about ourselves?

I think they tell us about our need to name things. To place things, make sense of things, and also, more darkly, to own things. We like to tell stories – lies in fact – about who we are and how we got here to make us feel as if we mean something. And of course historically, the differing constellation narratives tell us a huge amount about the different societies that invented them (I was particularly interested in tracing the socio-political metamorphoses of the women in stars). Having said that, one of the things I found most incredible researching the book, was how several constellation myths are in fact echoed across continents and time by entirely different people and cultures – these uncanny similarities tell us something essential about what it is to be human, and about the very profound – although in modern society, often ignored – relationship we have with nature, that very physical, animal instinct and understanding of earth and sky.

I love the text, which is as humorous as it is edifying and surprising. There are to-do lists, celestial texts, and so much more that I found myself grinning while I was reading. What was it like writing this book? Did you have rituals to get you writing?
Crikey – a grinning reader is a wonderful compliment. Thank you. I loved writing this book – it was gift as a writer. Getting to research thousands of stories from across time and the universe; being able to play with them and to jump around in between fact and fiction as much as I liked; while never having to stick at one long enough to get stuck or bored. Having said that, there are 88 constellations and that was a fairly exhausting number. My rituals to get writing were therefore: remembering that I still had 88 (or 68, 48, or STILL, 28…) constellations to go; the fact that the deadline was looming ever nearer like some terrifying asteroid; and a general sense of doom and dread. I had a star chart too – like all writers I’m a lazy child at heart, so I tried to discipline myself as if I was in primary school, a gold star for every constellation I finished…

I also loved the quirky illustrations! Did you work with the illustrator, Hannah Waldron? Did you know the image you wanted or did you leave it up to her?
Yes – this was one of my favourite things about the project. The book is of course as much about the illustrations, and Will Webb’s beautiful design, as it is about my writing, and it was a really collaborative process. Hannah, the editor Sarah Rigby and I would have general discussions about each constellation, about what I was working on and what images would work, and then I would go away and finish writing and Hannah would create her illustrations in response. It was such a wonderful pleasure to work like that. I come from a background of making devised theatre and I always feel happiest creating things collectively.

What I also love about this book is that it makes you think about the stars differently, which creates a new wonder. Stories in the Stars is also stories about you the writer in many ways. Can you talk about this, please?
About it being about me the writer? Hmm. I suppose one answer would be that like all writers I am not only childish and lazy but also self-obsessed.  But, a less facetious answer would be that I am very interested in the nature of storytelling – of the gap between truth and lies, and of the relationship between the teller and their tale – and that that is something that preoccupies all of my writing – both in prose and for the stage. But as I said earlier – humans making up stories about the stars is all about them wanting to talk about themselves, and that is something I was playing with in the book too. And so not all the versions of myself in the book are true.

What’s obsessing you now and why?
The next thing I am writing. And why I am not writing it.

What question didn’t I ask that I should have?
Oh that’s quite enough questions. They’re so difficult to answer without sounding like an awful human being.