Savannah Atkinson talks about BREATHING WATER, writing as a dare, magic, and so much more 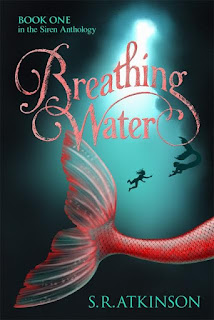 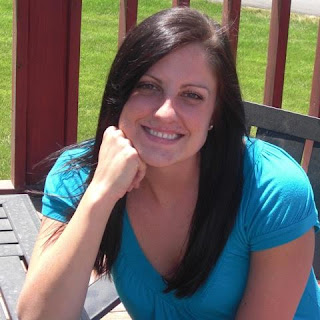 I met Savannah at a book store, Little City Books, in fact, as she was talking to one of the owners about her book. I was introduced and when I heard she had a debut--well, what else could I do but offer a place on my blog.  Thank you so much Savannah for being here!


The funny thing about Breathing Water is that it started almost as a dare. On a work camping trip we were all talking about the latest fad in YA literature and I proclaimed, “I can do that!” My co-worker asked if I was going to write a book about vampires to which I explained that vampires were covered and I quickly wracked my brain before deciding, “I’m going to write a book about mermaids.” The idea stuck with me for about six months before I finally started writing. I’ve been obsessed with telling the story about this underwater world ever since.

I think people—myself included—love the ocean because its so vast and undiscovered. There is very little left on land that has been touched, written about, or photographed; but the ocean, who knows what else is down there. Everything I write about in The Siren Anthology could actually be hiding under the surface!

I knew long ago that I wanted to self-publish; I like to have control over my projects and prefer a hands-on approach to everything I do. I worked with an entertainment attorney to help me learn the ropes of self-publishing. It’s been very difficult to learn and I watched a lot of youtube videos to learn how to format, submit, and order my books. I chose IngramSpark because they are a world-wide distributor so that everyone can have access to Breathing Water.

I’m a methodical writer. I usually see the entire story in my mind before I write anything down—usually on a road trip where I have nothing but my imagination for miles and miles. After I know the story start to finish I write it all down on note cards and tape them up on the wall. Then I rearrange and finesse them to my liking. Once I’m convinced the story is what I want I pull them all down and then I write the story. This is the easiest and my favorite part in the process. I wake up early and take my breakfast to my desk and write all morning and sometimes into the afternoon. I do the actual writing part of the book very quickly. Then, and this is the most important step, I put it away for months. I don’t even look at it. During this time I do a lot of thinking and most of the character development. Now that I know their story and the choices they’ve made, I think of the nuances. And then after a minimum of two months, but usually more like six, I edit. Then I let a few people read it and see what they think. Then I edit and rewrite some more. Then edit some more.

I wrote a book about pirates that I’m currently in the “sit on” stage but it’s been long enough now that I know exactly what I want to change and improve and I’m itching to get back and edit it. Once I get Breathing Water off and running I’m going to turn my attention to this book because these characters are begging for me to tidy up their story and get it out to be read by others!

I love it when people ask me what my favorite part of the book is. Even though I wrote Breathing Water, I’m a huge fan of it because of the underwater world. My goal in writing it was to take the reader to an entirely different place, yet one that was so plausible anyone might think they could find it themselves if only they can learn to breathe water.
Posted by Caroline at 1:20 PM