Yona Zeldis McDonough talks about You were Meant for Me, taking scary chances with a new novel, Pomeranian dogs, parenthood, and so much, much more 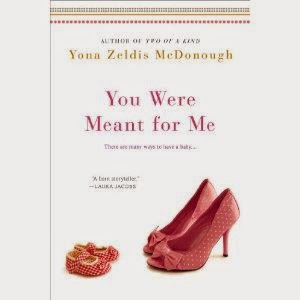 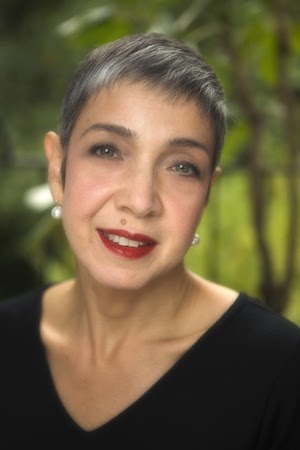 It's always fun when I get to host an author who is also a friend, which Yona has been for a very long time! Yona Zeldis McDonough is the author of six novels for adults: The Four Tmperaments, In Dahlia's Wake, Breaking the Bank (which has been optioned for a film), A Wedding in Great Neck, Two of a Kind and her newest, You were Meant for Me.

She is also an award-winning children's book author with 23 children's books to her credit. For over a dozen years, Yona has been the Fiction Editor at Lilith Magazine.

I'm so thrilled to have Yona here!


I always want to know, what sparked this particular book? (I actually know the answer, but I want readers to know it!) What surprised you in the writing?

I was inspired by a true story told to me by a friend.  In the actual story, it was a man who found the baby--it was a boy--and he kept visiting the family court judge to see if anyone had claimed the child. The judge suggested that the man consider adoption--and he did.  The boy is a teenager now and lives with his two adoring dads. The story remained with me and I realized I wanted to write it; or at least my own version of it.   I changed a lot of the details--that's the prerogative, if not obligation, of the novelist.  But the core of it was the same: sometimes, despite all odds, there is grace, redemption and a happy ending.  Amen to that!

How do you think this book is a departure from your other novels?

Actually, I think of it as a continuation rather than a departure.  The book centers very much on parenthood and raises the questions of who is a good parent and how being a parent changes a person. I think all of my novels have addressed these questions in one way or another. So I see You Were Meant for Me as part of a continuing exploration of the subject.

Let’s talk about the four very different men in the novel. Why was each necessary for Miranda’s development?

Ah, the men in Miranda's life!  Luke is the narcissist who is sexy but self-involved; he has a lot of appeal for Miranda but she eventually comes to see that he will not make her happy and is not the one with whom to build a life. Jared is also a very sexy man and Miranda responds to him in an immediate and primal way.  He is more honorable than Luke though; he knows he does not want to settle down and he does not want to hurt Miranda.  Evan is the last in this trio of potential candidates for Miranda's heart.  At first, Miranda is not that attracted to him; she considers him a friend rather than a lover.  But his good qualities emerge slowly and she is won over; it's only when she thinks she has lost him that she realizes she really does love him and that he indeed was meant for her.  Miranda's father is the last--or first, depending how you look at it--man in this quartet.  They were very close when she was a child but she has loses him twice--first to dementia, and then to death. Yet there is a moment at the end when he recognizes her and she is able to keep that memory when he is gone.

I have to ask, what would you have done in Miranda’s situation?

I have fantasized about this more than once and I think that I'd do just what Miranda did.  Finding a baby seems like such an astonishing thing; how could that not change you, and make you feel that somehow, it was meant to be?

You’ve written 19 books for children. 19!  How different is it to do that than writing for adults? Which do you prefer and why?

The number is up to 23 now! I like writing for children very much, especially fiction for children, which I have done in my chapter books. I don't prefer one over the other; each form fills different needs, and taps into different strengths.  When I am writing for children, I am really writing for the nine year old girl who is alive and well inside of me.  If I can write a story that she would have liked, then I feel I have succeeded.

The House on Primrose Pond, which is the new manuscript I am working on. This one really is a departure because it is set in New Hampshire, a first for me, and  because it will include a novel-within-a-novel.  That's something I have never attempted before.  It's exciting but a little scary too; I have no experience with this structure at all, so I have to figure it out as I write.

About my dogs! There are two, both small, happy Pomeranians, and I love them both without restraint or measure. They often keep me company as I work and if I get stuck, they provide endless diversion.
Posted by Caroline at 9:40 AM