Kerry Howley talks about THROWN, cage fighting, fighters, writing, and so much more


Ever hear of cage fighting? I hadn't either, until I read Kerry Howley's electrifying book THROWN, an account of the three years she spent in the company of mixed martial artists. Her writing has appeared in Harper’s, The New York Times Magazine, Slate, The Atlantic, The Wall Street Journal, Gulf Coast, Vice.com, and frequently in Bookforum.  Howley teaches creative writing at the University of Tennessee at Chattanooga, where she resides with a husband, son, and vizsla. I'm thrilled to have her here. Thank you, Kerry! 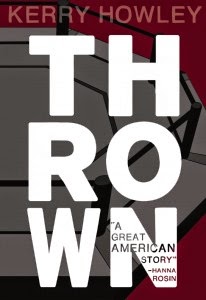 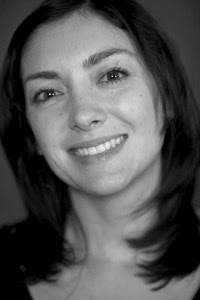 What made you interested in the bloody, strange, violent, obsessive world of cage fighting? As you learned more and more about it, and the two cage fighters you followed, did any of your opinions change? Why and how?

People who have never seen a fight often assume that they’re just lumbering brawls transplanted from the street to an arena. I think part of what fascinated me, the first time I saw a fight on television, was how clearly this was not the case. This was the marriage of a refined sense of bodily movement with absolute abandonment of the self, a delicate, precise practice that makes possible a moment of savagery. I wouldn’t have put it this way at the time, but I’ve always been drawn to the way the fighter takes years perfecting his art—steeped in civilization and discipline—to find that precious moment away from civilized life.  And as I got deeper and deeper into this world, I came to see fighting as a practice of shedding one’s identity, searching for that fluid place beyond selfhood. Civilization is interested in stability and therefore in stagnation. I think it means something that the verb for practicing Brazilian Ju-Jitsu is “roll.”

So much of the book is about violence, what it really means, how we approach it, and what to do about it. Can you talk about this please?

There is something fretful and sad about our current obsession with self-preservation that I think obviates the possibility of certain kinds of experiences. No one smokes anymore. I certainly don’t. And maybe a society that can’t smoke also can’t whip itself into the kind of ecstatic self-abandonment I saw in the fighters. I’m interested in consensual violence as a portal, a conduit, to a place I think is harder and harder for us to get to. What Artaud called “a theater that wakes us up: nerves and heart.” It was the poet Joe Wenderoth who first suggested to me that there was a confluence between MMA and the Theater of Cruelty. This is not a stretch. But it’s also not a comparison you can make in anything other than a comic work.

Your relationship with these two men is electrifyingly real.  What surprised you about it?

I don’t know that I was particularly surprised by this, but something about Erik, Sean, and Keoni made me feel desperate to be liked by them. They each exuded a kind of confident, gentle calm that I assume comes from knowing you’ve got nothing to fear from other men.

I will say that more than a few times, people who have read the manuscript have praised me for “not condescending” to the fighters. This is bizarre, like congratulating me for not being a sociopath. By what right would I condescend them? They’re living the kind of life I don’t have the courage to live.

There is such a sense of place in the book that sometimes the air seems electrified. How did you come down from writing such a powerhouse of a book? Do you ever go to cage fights anymore?

Well, that’s a very generous question. I felt a kind of disturbed nothingness when the book was finished. The last time I’d felt that way, in 2008, was when I’d just returned to DC from two stimulating years working for a newspaper in Myanmar. I responded to this by going on the market and selling 18 of my ova; if I had to stay put, I was going to do something strange to my body. It got me through.

Thrown was such an outward-looking project; I spent years forcing myself into strangers’ lives, pushing myself into situations where I looked conspicuous and felt uncomfortable. At some point, when I finished, it seemed like the craziest thing I could do was a harbor a person in my own body, which sounds, I know, like the most mundane move I could make. And yet perhaps the closest I have ever been to the kind of experience I write about in Thrown was the moment when my son was descending through my hips and I was in the depths of a pain spiral beyond what I’ve ever known or will ever know again. There was no room for thought inside that moment.

I map out my fiction, writing the first and last thirds before tackling the middle. With a long narrative essay like this, you can’t see to the end; I had no idea what would happen to Erik and Sean, and it was important to me that their stories remain in the realm of the factual. It was in part for that reason I shifted so much emphasis on the narrator, which is to say my crazed narrative persona, Kit; here was an element I could shape and control as Erik and Sean’s stories spun out into the strange narratives that they are. Here was a way I could tease meaning from a string of events.

In an interview about his first three novels, Ishiguro once said that he published the same book three times and “somehow got away with it.” Can I get away with it? I don’t think I’m done with the motivating force behind Thrown, which I take to be an articulation of wildness.