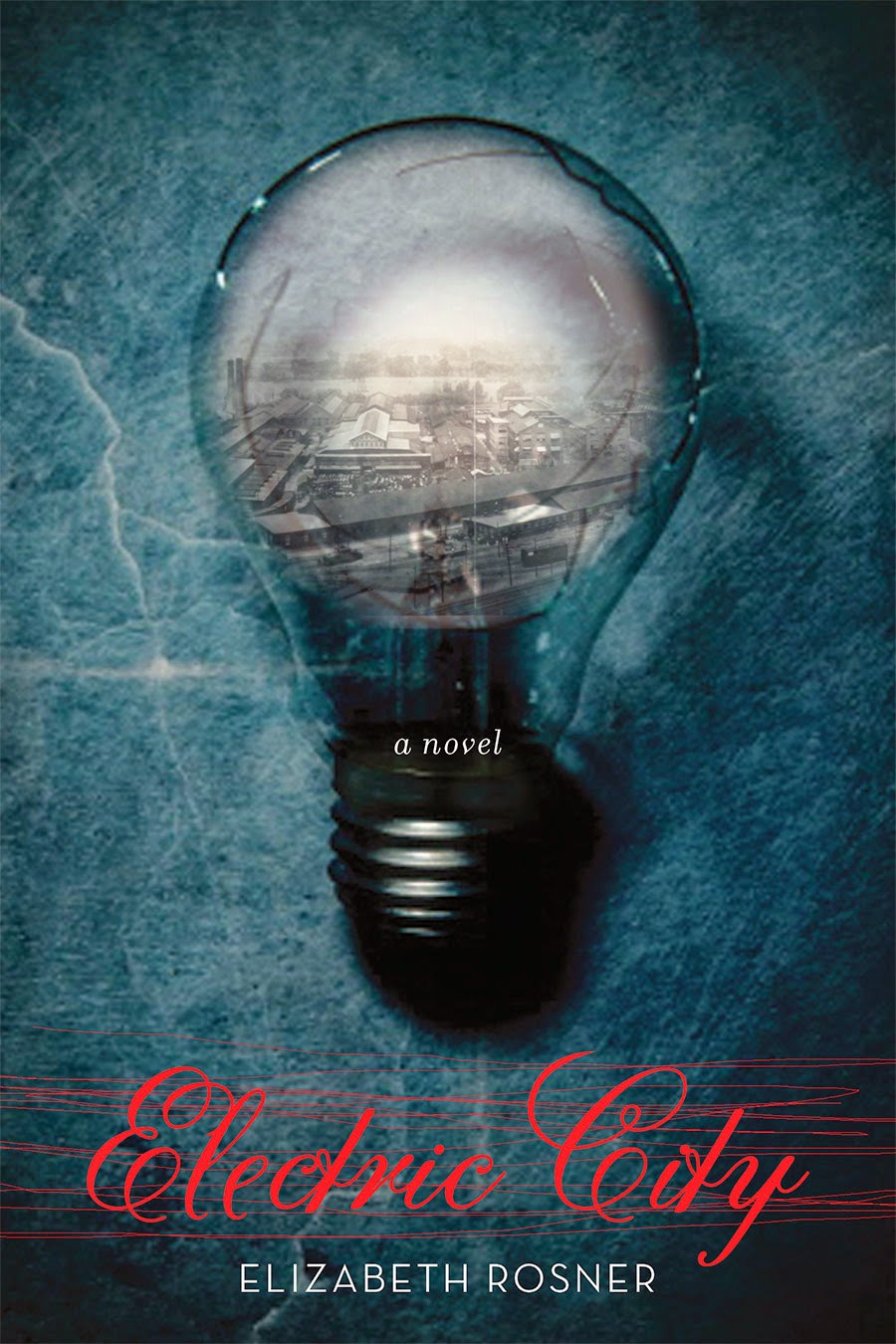 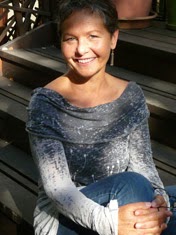 Elizabeth Rosner is one of my favorite writers--and favorite people on the planet. Warm, funny, generous, she also writes novels that defy categorization because they're so fascinating on so many levels.

Her novel, The Speed of Light was in Book Sense 76 twice, and was selected as one of Borders Original Voices. It's also been optioned by Gillian Anderson, and is slated to be her directorial debut. The novel was the recipient of the Harold U. Ribalow Prize, administered by Hadassah Magazine and judged by Elie Wiesel, N. Scott Momaday and Myla Goldberg (the previous year’s winner). Hadassah additionally selected the novel for their National Book Club in spring 2003. Rosner also received the Great Lakes Colleges New Writer’s Award for Fiction in 2002. In 2003, the French edition of this title was a finalist for the prestigious Prix Femina. In April 2004, the French awarded the novel a newly inaugurated literary prize, called the Prix France Bleu Gironde, at an award ceremony in Bordeaux. She's also the author of Gravity, and Blue Nude,  and a poetry collection, Gravity. Her prize-winning fiction, poetry and essays have appeared in the New York times Magazine, Elle, Chicago Magazine, Catamaran, and many other places.

Her newest novel,  Electric City, is about memory, history and invention, and it's unlike anything I've read before.

What sparked you to write this particular book? How was the process different from any of your other fine novels?


It may seem strange to say this, because my previous two novels are both quite autobiographical (and in fact I often refer to them as "emotionally autobiographical"), but the initial spark for ELECTRIC CITY happened when I realized that I hadn't yet written a novel about the place in which I grew up. At the age of sixteen, after graduating a year early from high school, I got a scholarship to study for a year in the Philippines, and I seized the opportunity to "get as far from home as I could without leaving the planet." (This is a line from one of my poems in GRAVITY called "Keeping Kosher in the Philippines.") The truth is, not writing about Schenectady, New York had a lot to do with having fled from there at a young age, with no desire to return.


And yet, in my late 40s, it occurred to me that I could finally look back at my hometown with a liberating mix of curiosity and forgiveness. Suddenly I became altogether fascinated by the place, discovering that it possessed many more layers of history and personality and cultural complexity than I had ever been able to recognize. I quickly found myself wanting to burrow into those strata as though in search of secret treasures. The process became profoundly research-driven at times, especially because I was incorporating historical figures into my work. This was certainly new for me, often more than a little intimidating.  And yet as I had done while creating my previous novels, I also had to keep digging for the stories beneath the story. I had to keep allowing my characters to show me the way forward.


There's the whole notion of the double-edge sword of technology in the book, how it can light up a city, and yet it can also be harnessed for war's killing. Can you talk about that please?


As the daughter of a scientist and also as someone raised in the post-Sputnik era, I was taught to believe that technology and invention held the keys to our future, promising to save us from every difficulty. Yet my instincts and intuition seemed to tell me otherwise. I saw what I considered to be enormous dangers and disasters that our own brilliant human minds had created. I was a wanna-be hippie and a devoted peacenik, convinced that war was not the answer. I was haunted by Oppenheimer's quoting the Bhagavad Gita, after the test detonation called Trinity when he faced his own participation in the building of the atomic bomb: "Now I am become death, destroyer of worlds."


Your characters were just so live and breathing on the page. I fell in love with Sophie, in particular. Can you talk about how you shape your characters? And what was it like writing about real, historical figures?


As I mentioned above, writing about historical people was an unfamiliar challenge for me. In certain ways I feel somewhat limited in my imagination, so it can be comforting to look for source material in documentation, but at the same time, I am extremely fearful about "making mistakes" or being accused of falsification. One of the most helpful pieces of advice I got along the way was in a conversation I had with E.L. Doctorow, when I asked him how he managed to work so brilliantly with real-life figures from history. He said (something like): "I just treat them like the rest of my characters. Portrait painters don't always just work realistically. We interpret." That gave me a lot of permission to be elastic with the kinds of facts and details I came across in my research.


Perhaps my favorite way of shaping characters is to ask them over and over again: What do you want? What are you afraid of? As for Sophie Levine, she is both like and unlike me in all sorts of ways. For one thing, in creating her, I wanted to imagine who I might have been if I'd been born ten years earlier. (Not surprisingly, I always wished I had been born earlier so as to be old enough to fully participate in the anti-war movement). I wanted to explore some of the alternate paths I might have taken in life (for example, going to medical school, as my mother had always urged). I truly loved the experience of seeing the world through her eyes.


The novel is such a fabulous and heady mix of history, that I was wondering about your research process. What surprised you? Did anything you learn turn the plot around for you?

Some of the most surprising things I learned had to do with the Mohawk history --- the living history --- of my hometown. When I was growing up, there were Native American names all over the place, but I thought the Iroquois Nation had been lost to the distant past. It probably never even occurred to me that I might meet a living member of the Mohawk tribe. When I did meet a Mohawk man --- by sheer coincidence, while traveling in Mexico --- my entire worldview shifted for good. You could say that the plot of my novel came as a delayed result of that encounter.


For the record, I feel the need to repeatedly confess that I am a sloppy and haphazard researcher. Each time I revised the manuscript, it seemed I had to delve yet again into the archives for some "perfect" item to make a scene come out right; magically it would always appear (usually in the place I had looked before, and not found anything). I am quite possibly the least organized novelist in the known world.


What's your writing life like? Do you have rituals? Do you outline?


Re: outlining, see confession above.


As for rituals, they mostly included relentless paths of avoidance, distraction, procrastination and despair. How I find my way out of that mess and into productivity remains a marvel to me. I'm serious.


To clarify, though, there is a huge difference for me between composing and revising. What I said just above has mainly to do with composing the earliest drafts and also perhaps an early phase of revising that is something maybe akin to architectural design or even choreography. Once the pages exist in a great big pile and the story has its shape and the characters are dimensional --- in other words, when it is time for the diligent task of improving and refining, polishing the facets, I am much more able to sit at a desk and focus.

Obsessing may be a strong-ish verb for this, but I'm fully committed to practicing gratitude on a daily if not hourly basis. I am acting on the belief that I can rewire my brain and place my attention on everything inside and around me that is already good, already enough, already perfect. Pardon me if this sounds embarrassingly optimistic (or naive or whatever).


If what you're really asking about is what writing project I'm working on next? It's most definitely too soon to talk about it.


THANK YOU FOR ASKING SUCH GREAT QUESTIONS!!!
Posted by Caroline at 11:39 AM