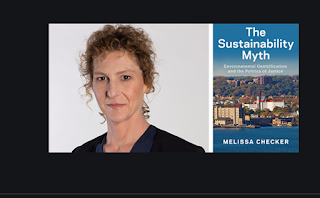 Thank you so much, Melissa!

With a click, my mother, presses the car door lock of our powder blue Doge four-door. She pokes her head over the backseat, where I'm settled in with a pillow and some books.  "You can knock if you need anything, but only if you REALLY need something, she warns. "I'll be back in about an our. I watch her walk up the driveway to a small house covered by a peaked, black roof that slopes all the way down to graze the first-floor windows. On either side of it, a row of identical, partially attached homes make a zig-zag pattern as far as I can see. I’m between the ages of six and eight, and I am fascinated by these homes, this neighborhood.

On our cul-de-sac, just a few miles away, all the homes are separated by driveways, wide strips of grass, hedges, fences or flowers. Most of the families on our street and throughout upper middle-class Potomac, Maryland, a suburb just north of the Capitol Beltway, are white. But in this tiny townhome neighborhood, known as Scotland, all of the residents are black.

A homebound instructor for Montgomery County Public Schools, my mother provides instruction to kids who are too ill or injured to attend school. She works with students throughout Potomac, but I only remember going with her to Scotland. Both of my parents are children of Russian Jewish immigrants, and they can barely afford to live in this fancy school district. My mother rushes home after her last homebound student to see private tutoring clients, and my father teaches SAT prep classes in the evenings and some weekends. When I am home from school -- with strep throat or, more often, with a case of not liking school – my mother has few childcare options. Working mothers are still shunned among Potomac’s wealthy families, but Scotland’s mothers seem to understand the situation.

Before long, I hear a knock on the car window. “Come on, honey,” says a woman about my mother’s age. Her hair is covered by a scarf and she has smooth, coffee-colored skin. “You can come on in the house.” I unlock the doors and follow the woman inside. My mother is sitting at the dining room table across from a teenage boy, his leg propped up on a pillow and covered in a hip to ankle cast.

“You can sit here,” says the woman pulling out a chair for me at the other end of the table. “Do you want some OJ?”

My mother looks up from the textbook spread before her on the table. “Try not to breathe on anyone.”

I receive a cup of juice, a stack of books, and some paper and crayons, but spend the rest of the hour staring at the glass bowls arranged on the dining room table, the photos and paintings hanging on the walls, the knick-knacks carefully arranged on credenzas, bookshelves and end tables. I am especially fascinated by two long, lace doilies that crisscross the dining room table in a T.

After the lesson, my mother spends another 20-30 minutes catching up Mrs. Young on her son’s progress. As we finally drive down the hill leading out of Scotland, a few of the men and women we pass wave to my mother. “That’s the father of L____,” she’ll say waving back. “He’s Mrs. Young’s first cousin.” Or, “That’s Mrs. Mason. She’s in charge around here.”

In the late 1800s, a farm that had fallen into tax arrears was subdivided into small, several-acre parcels and auctioned off to a few formerly enslaved men and their direct descendants. Within a couple decades, 50 households had settled in the area. Although Scotland residents owned property and paid taxes, the neighborhood did not have paved roads, running water, gas or sewer lines. During the post-World War II-era, agriculture gave way to development, work was harder and harder to come by, and the public school system remained separate-but-unequal. By the mid-1960s, many of Scotland’s cash-strapped landowners sold their properties to developers or to the County. Remaining homes had fallen into disrepair – in 1964, the County condemned 23 of the neighborhood’s 35 homes.

But this was also the Civil Rights era, and neighborhood leaders began to organize, forming a committee known as “Save Our Scotland.”. According to available reports, Potomac residents rallied in support, signing petitions, engaging in community cleanups and raising money for a community center and the hiring of a social worker. These efforts eventually led to the formation of Scotland Community Development, Inc. (SCD). Within a few years, the SCD pieced together enough federal and state funding to raze all of the neighborhood’s existing homes and break ground on 100 new townhouses. 75 of the units included rent subsidies, and 25 were sold back to Scotland residents for $15-18,000.

Despite access to affordable housing, Scotland residents did not fare well during the 1970s recession, or eight years of Reagan-ism. Reports of crime, drugs and arrests in the neighborhood increased and were fueled by Reagan’s expansion of the War on Drugs. Potomac’s progressive allies now focused their energies on distant causes. In junior high and high school, we campaigned to make Martin Luther King’s birthday a federal holiday and wrote letters to Nelson Mandela in prison. But we looked right past the struggles going on in our own zip code.

Although we socialized with Scotland students in school and at parties, the lunchroom remained an unfailingly segregated space. Kids from Scotland kids sat together, occupying two or three tables while the rest of us sat in typical high school formations – jocks, cheerleaders, geeks, theater nerds, honors students. Crossing the lunchroom divide seemed as unthinkable as driving into the neighborhood. In fact, mentioning my childhood visits to Scotland elicited such skeptical looks from my peers, that I stopped bringing it up.

My questions about Scotland lingered. What kinds of opportunities allowed my parents to purchase homes in Potomac, which they later mortgaged to send my sisters and me to private colleges? Why were these opportunities unavailable to Scotland’s families? Why wasn’t access to low-cost housing enough to eradicate poverty? What did self-avowed liberals choose to know – and not know – about the experiences of their low-income neighbors?

I decided to answer such questions from the vantage point of everyday experience, which led me to pursue a PhD in cultural anthropology. Initially, I intended to study residential segregation and racialized housing markets. But a few years into my program, I heard about a relatively new social movement, known as environmental justice. Combining racial and social justice with environmentalism, environmental justice opposes the uneven distribution of environmental benefits and burdens.

African Americans are exposed to 38% more air pollution than white people and are 75% more likely to live near toxic pollution than the rest of the U.S. population, according to a 2017 study. Although communities of color are far more likely to suffer from the effects of contamination and climate change than their white counterparts, reports  show that Blacks and Hispanics are exposed to 56% and 63% (respectively) more pollution than they produce. Such disparities are rooted in the same cumulative and overlapping racial inequalities --in education, employment, health care, criminal justice, banking, tax policies, home ownership, governance, etc. -- that circumscribed the lives of Scotland residents.

Environmental exposures become a viscous cycle, compounding the obstacles facing communities of color. Respiratory illnesses (which require expensive medicines and inhalers) cause children to miss school and parents to miss work. Toxic chemicals in the air and the soil produce reproductive, cardiac, dermatological and other disorders, in addition to cancers. They also make outdoor activities like gardening, playing, and even walking, dangerous, leading to even more health problems. This past year, a study by Harvard’s School of Public Health linked air pollution to higher COVID-19 death rates.

Over the past two decades, I have spent countless hours sitting in the dining rooms of people affected by environmental racism, listening to their stories. Because participant observation is my primary mode of study, I have spent even more hours alongside local environmental justice activists as they pass out flyers, write grants, attend public meetings, strategize, become enraged, experience crushing disappointments – and every so often – celebrate a victory. It has been my honor to participate in these struggles and to get to know the people who tirelessly drive them forward.

My recent book, The Sustainability Myth, tackles the relationship between environmental justice and climate change activism. Specifically, I study the impact of sustainability policies and practices in New York City on formerly industrial, low-income communities of color. I link the greening of these neighborhoods was intricately linked to high-end real estate development and housing insecurity. More insidiously, I find that as some neighborhoods green, environmental burdens multiply in those not slated for redevelopment.

In a city renowned for its liberalism, many environmentally minded New Yorkers are surprisingly limited by the same far-sightedness I witnessed growing up. Certainly, we need to advocate for carbon emissions reductions, plastic straw bans, greener buildings, bike lanes and so many other things. But we also need to make sure, on a local level, that environmental reforms do not protect some more than others. As one environmental justice asked me (rhetorically), “Did these [liberal activists] ever come to our meetings? Do they even know what environmental justice is?”

It is time to think globally and to act locally, to ensure that stands against racism, climate change, environmental destruction – involve difficult, nitty gritty of everyday struggles for justice. Back in 1965, Scotland activist, Geneva Mason told the Montgomery County Planning Board, "You need people like us in the county as much as you need some of your white, rich people."

Her words echo those of Martin Luther King, Jr, who two years earlier wrote in his Letter from a Birmingham jail, “Injustice anywhere is a threat to justice everywhere. We are caught in an inescapable network of mutuality, tied in a single garment of destiny.”