Amy Poeppel talks about her delicious love letter to modern family life, MUSICAL CHAIRS, why change at any age is wonderful, classical music, writing and so much more 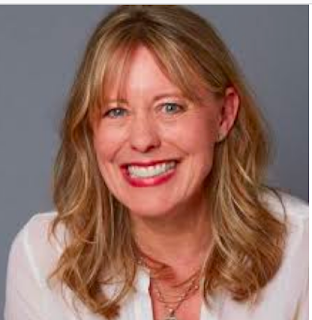 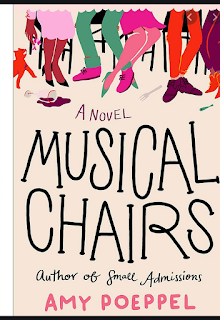 "What kind of writer is Amy Poeppel? Warm, generous, funny, and full of surprises.” - Stephen McCauley, author of MY EX-LIFE and THE OBJECT OF MY AFFECTION

“Poeppel has created a story that is well thought out, well plotted, well written, and fully developed. A delightful novel that celebrates the messiness and joy to be found in real life.” (Kirkus, Starred Review)

"This story of reinvention has just the right tone for a musical elegy to one family's journey." (Good Morning America, "Top 25 Novels for Summer")

Amy Poeppel and I met when we were four-years-old. No, that isn't really true, but it FEELS like it's true, because the moment I met her, I felt that I had known and loved her forever, and therefore would do anything for her. The fact that she is also a brilliant novelist makes the friendship even more delightful, and I'm thrilled to be presenting her newest novel MUSICAL CHAIRS here.

Amy worked as an actress in the Boston area, appearing in a corporate industrial for Polaroid, a commercial for Brooks Pharmacy, and a truly terrible episode of America’s Most Wanted, along with other TV spots and several plays. While in Boston, she also got her M.A. in Teaching from Simmons College.

She is married to David Poeppel, a neuroscientist at NYU and Director of the Max Planck Institute in Frankfurt. For the past thirty years, they have lived in many cities, including San Francisco, Berlin, and New York, and had three sons along the way. Amy taught high school English in the Washington, DC suburbs, and after moving to New York, she worked as an assistant director of admissions at an independent school where she had the fulfilling experience of meeting and getting to know hundreds of applicant families.

She attended sessions at the Actors Studio Playwrights/Directors Unit and wrote the theatrical version of Small Admissions, which was performed there as a staged reading in 2011. Amy’s writing has appeared in The New York Times, The Rumpus, Working Mother, Points In Case, The Belladonna, and Literary Mama.

And Amy is my friend to the end. Thanks for being here, Amy!


I always want to know what haunted an author to write what she writes? So what was on your mind when you wrote this fabulous novel?

There's a famous line in Nora Ephron’s When Harry Met Sally that has always been hovering in the back of my mind: "Men and women can't be friends because the sex part always gets in the way." I was at just the right stage of life when that movie came out – about one year out of college and fascinated by the notion of a man and a woman being lifelong platonic friends. Was it possible? Harry said no, Sally said yes, and we all know how that ended: with sex that almost ruined their friendship, followed by wedding bells once they realized they actually loved each other. I began writing MUSICAL CHAIRS to explore that idea, but I wanted to try to find a different outcome. My book celebrates a male-female friendship, in which there is a solid, marriage-like bond between two characters, a bond that – one hopes - can withstand the test of time, conflict, old secrets, and big change.

Another issue that haunts/amuses me is the phenomenon of grown children moving back home. For exactly one year (and one year only), my husband and I were an empty-nesters …  until our three sons unexpectedly moved back home. I find so much comedy in having these (almost) grown men under my roof, and I wanted to bring that humor into this novel.

I love the way your storyworld helps the characters figure out who they were and who they were not, how Connecticut versus New York City figures into the plot. Why do you think place matters so much?

I have a well-worn house in Litchfield County (much like the one in the book) and have been going back and forth from that lovely setting in the country to the bustle of New York City for over ten years. However, since quarantine began, I’ve been spending all of my time in Connecticut. I love how quiet it is in the country; I’m able to focus on writing (while being perfectly able to ignore leaks in the roof). For the past four months, I’ve been entirely anti-social, spending my time taking walks and reading books. I cook, drink wine, and am happy to be with family but also content to be alone with my dog and cat. I truly love it here. But having said that, I am really missing my very different life in New York these days!

I wanted to use the different settings of the city and country to help the characters in MUSICAL CHAIRS figure out who they are and what they really want in life. Some of the characters surprise themselves to find they’re willing to make big changes. Will, for example, thinks of himself as a creature of New York City, but his wishes evolve throughout the course of the book as he finds that life in the country can offer him something he didn’t even know he wanted.

I loved all the musical details surrounding the Forsyth Trio. What’s your music background? What kind of research did you do?

I placed my two main characters Bridget and Will in the classical music world as Juilliard graduates and members of a piano trio. Although I appreciate chamber music and love attending concerts, I started this book knowing very little about the subject. I needed to do a lot of research to learn as much as I could about the lives, schedules, personalities, finances, and, of course, the music of chamber players. As a mother and friend of many musicians, I knew where to turn for help and loved getting recommendations of beautiful pieces to include in the book by composers like Mendelsohn, Stravinsky, and Mahler. My son Luke was an enormous help to me, as was author Marcia Butler (PICKLE’S PROGRESS) who worked as a professional oboist for many years.

There’s a lot in this book about fame and accomplishment, the trio falling on hard times, Bridget’s father’s fame and Sterling’s novels, and how we deal with what we create. Can you talk about this please?

I think fame and success at a young age can be a wonderful, well-deserved reward, but it can also be a challenge. In our society there is always so much buzz about a new music prodigy on the scene, or a young author winning a book award, or a young actor or actress taking Hollywood by storm. Sometimes, that early rise to fame can become problematic in terms of the pressure that comes with it. In MUSICAL CHAIRS, I explore that phenomenon, but I wanted to consider an alternative narrative at the same time: that some people aren’t prodigies at all; rather they work really hard to develop a skill and they stick with it until they achieve mastery. Bridget and Will are serious musicians who are focused on their abilities and their musicianship, rather than on achieving a certain level of fame, and I wanted them to earn whatever success came their way through hard work and a refusal to give up. There are also, of course, prodigies who work extremely hard and manage to survive a rapid rise to fame. That is my character Gavin’s story.

I also was really enamored about the story centering around a house in Connecticut (and a loft in NYC) and how as the characters change, their feelings about their dwellings change as well.  Everything in this book seems poised to the brilliant possibility of change! Even the 90-year-old father who plans to marry! Do you think we can always change if we let ourselves?

I love the idea of embarking on a new chapter in life. My father is in his nineties, and even he recently started a new chapter by moving out of his home of 45 years and into a cool, modern high-rise. He’s adapting to the change remarkably well, and he seems energized and excited. Change is wonderful! I say this as someone who has often moved from city to city and job to job, which I feel has kept my life interesting. I didn’t publish my first novel until I turned 50, and I am loving my new career as a writer after years of working in schools. I’m learning new things every day, and I’m happy. I think we can and should embrace changes when possible.

Women! I am so impressed, for example, by the strength, integrity, and seriousness of women in government recently; women should simply be in charge of everything. There are so many negative attitudes floating around in our society about women as they (we) age, but what I’m seeing is women who become more powerful, more interesting, and more brilliant as they hit fifty and beyond. I’m currently working on a book that explores the lives of three female characters, one who is 25 years old, one who is 45, and one who is 65.  And the whole story is told from the perspective of a wise 85-year-old woman who is observing the scene.

I did a lot (and I really do mean a lot) of rewriting for MUSICAL CHAIRS. One of issues I wanted to work out in a satisfying way for myself involved the structure of the book. The reader won’t necessarily notice the pattern I created, but I decided to write the chapters in sets of three. Following the rhythm of a Waltz, I gave the main character Bridget the emphasis of the first chapter, followed by Will, followed by an empty third “chair.” That place holder was given to all the different characters in the remaining chapters. That may sound overly complicated, but I found it gave the book the pacing I wanted, and I really enjoyed having the sense of triads as I was writing about a musical trio.