The mysterious vanishing of a twelve-year-old girls impacts a town in Kathleen Donohoe's astounding GHOSTS OF THE MISSING. 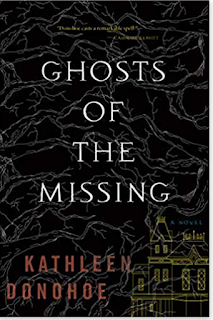 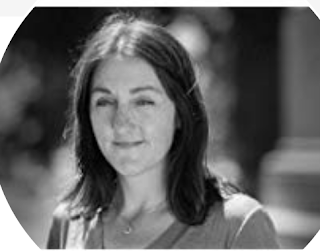 It wasn't just the title that got me to immediately pick up Ghosts of the Missing, or the author, whose novel ASHES OF FIERY WEATHER was one of my faves, but the story itself haunted me: a twelve-year-old girl mysteriously vanishes from her town, impacting lives and unburying secrets.

Kathleen Donohoe is the author of the novel ASHES OF FIERY WEATHER, which was named one of Book Riot's 100 Must-Read New York City Novels. Her stories and essays have appeared in The Recorder: The Journal of the American Irish Historical Society, Web Conjunctions, Washington Square Review, Irish America Magazine. She serves on the Board of Irish American Writers & Artists, a non-profit organization dedicated to the celebration of Irish American writers, actors, musicians, filmmakers and artists.

I am so thrilled to have Kathleen here. Thank you, thank you, Kathleen.


I always think something is haunting a writer into writing the books that they do, so I was wondering what was haunting you to write Ghosts of the Missing?

In 1979 six-year-old Etan Patz disappeared off a Manhattan street while walking to the school bus alone for the first time. He was two weeks older than me, and I’m from Brooklyn, NY.  I knew what a city sidewalk looked like at eight o’clock in the morning. Even to a child, it was clear that whatever happened to Etan began quietly. He was seen by a mailman waiting to cross Wooster Street, in sight of the bus stop. Then never again. After thirty-eight years, a man was convicted of his murder, but Etan has never been found.

I’ve since read about hundreds of missing persons cases (The internet has made it easy.) Haunting, certainly, are thoughts of the families, suspended between grief and hope. There are the disappearances themselves, those with circumstances that defy logic, coupled with the awareness that they do not, in fact, defy logic. Every one, no matter how inexplicable, has an answer. Nobody actually vanishes into thin air.

But I think what haunted me into writing this book are what I call the last knowns. By this I mean the last definitive sighting. Or the last probable sighting, when it’s uncertain. Ghosts of the Missing is very much about this--the final moment when everything was okay.

Dorothy Arnold in December, 1910 chatting with a friend outside Brentano’s bookstore on Fifth Avenue in New York City. Beverly Potts of Cleveland, OH in 1951, walking home alone on an August evening, five minutes from a park to her house. Morgan Nick of Arkansas, in 1995, four years old, emptying sand from her shoe. Madeleine McCann, in Portugal, 2007, asleep in bed.

There’s so much in this extraordinary novel about the whole notion of how time changes things: how we feel about a missing person, how medicine treats illness, and truly, how love deepens. Can you talk about this please?

Think of the expression, or maybe it’s a cliché, “it was a different time and place.” ‘Place’ can be literal, of course, but often it just means that the world was different then.  We reference the past as if it exists outside of our memories and that it’s possible to visit, if only we could find the way. Often, we talk about time as if what’s changed things is time itself, as though it’s a tangible force.

In Ghosts of the Missing, the protagonist, Adair, is born when AIDS is always fatal, but by the time she’s an adult, it’s become a treatable illness for those who have access to the medication. Then there’s Rowan, who vanished at the age of twelve, and for whom time has stopped. So in the novel there is a juxtaposition between tidal change and perpetual limbo.

Blood diseases (both AIDS and Hemophilia) factor into the novel as a kind of metaphor, something passed down, much like the tragedy in this novel. Do you think that the way we treat genetic illness is much the same as the way we treat the terrible legacies that are handed down to us?

Yes, in that it becomes a question of a life being shaped, or at least greatly impacted, from the outset by circumstances that could not be predicted (The books is set in the days before prenatal genetic testing). All of us have legacies that we have to grapple with. For most, they’re not physically manifested. In Ghosts, it is. Adair inherits the legacy of hemophilia in her family, a serious illness which becomes catastrophic in the 1980’s because of AIDS.

Writers’ retreats exist purely to facilitate the creation of stories. This tells us how vital they are to our lives. To read is to step into the imagination of someone we’ve never met. There are stories in which we see ourselves and stories that bring us into lives we’ve never personally experienced. In that way, they can show us something we never would have seen otherwise. But, that said, I think a story isn’t required to instruct or enlighten. They only have to walk us into eloquence. Eloquence is snow, general, all over Ireland in The Dead. It’s the fists curling around rocks in Shirley Jackson’s The Lottery. It is the heart thumping against the floorboards in The Tell-Tale Heart and pulling the heart out of the turkey in Alice Munro’s Turkey Season.

What’s obsessing me now is genealogical DNA, both as a tool to solve cold crimes and its home-use to identify relatives. As difficult as it must be to discover that the person you thought was your biological parent is not, or that you have a sibling you never knew about, I keep thinking about the secret-keepers.  A man never told his family that he was a sperm donor twenty-five years ago and now he’s being contacted by the thirty children he fathered. The woman who knows one of her children isn’t her husband’s. The murderer who never got caught. The fertility doctor who fathered his patients’ children in place of the woman’s husband or a chosen donor. Then one day, anybody can buy a DNA kit in Rite Aide and now people are being found, and found out, because a third cousin once removed did 23andme.

How did you think of the title?

You always hope the title just comes to you. Sometimes it does but often, it doesn’t. With Ghosts of the Missing, I was well into the book and getting very frustrated. I kept searching poems, hoping a phrase would jump out. Then one night, I was standing in the hallway of my apartment, running through words and phrases associated with the story, like missing, lost, vanished, without a trace, gone, mystery, ghost, haunting. I was staring vacantly at the outside of our bathroom door, where there’s a splotch of long-dried paint. It’s in the shape of a ghost. Ghost and missing came together in my mind. Ghosts of the