Melissa Weisz talks about FORBIDDEN APPLE, her podcast about the intersection of queer people and faith, about listening, writing and so much more 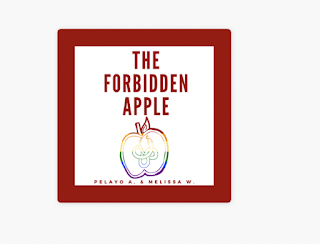 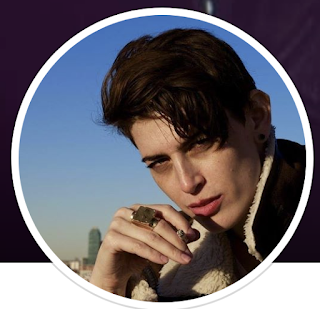 I first met Melissa Weisz doing research for a novel I've just sold, DAYS OF WONDER, which has a character who grew up in the Hassidic community and who leaves. I wanted to make sure my facts were impeccable so I found and interviewed a few people who had left that kind of life, and to my delight, I found Melissa. Melissa not only righted all my writing wrongs (I didn't realize Crown Heights Orthodox were very different from those in other Brooklyn neighborhoods, for example) but inspired me. Of course I wanted to know all about her, too, and when she told me she had a podcast, The Forbidden Apple, I listened, and I wanted others to listen, too.

The Forbidden Apple is an astonishing podcast about the relationship between Queer people and religion. It's mission? To overcome prejudice, find common ground and celebrate differences, and showcase a fascinating array of people. For example, there is lesbian priest Liz Edman who had to fight to become a priest. Chani Getter grew up Chasidish and is now a spiritual coach, and there is Josephine, born male who has now transitioned into an orthodox female.What I love most about this podcast is the joy in it, and the insistence that we are all part of the same tribe.

Rather than answer each question, Melissa has simply spoken her truth, and here it is. Thank you so much, Melissa!

I grew up in a Hassidic community, which was full of rules and regulations. I had an arranged marriage then left both my marriage and community. But I still had questions: Where do I belong? How do I find community? When I first left my community, I was very avoidant of communities because my idea of community was that you had to put yourself in a box and I felt there wasn't freedom of self, so I was triggered. But then I began to travel and see the world and that made me feel that I was part of a bigger thing, a greater purpose. I began to think differently. Ultimately, I've come to know that we are all connected. We are all human beings.

I think organized religion can be problematic.  I don’t think that is what faith is. I think everyone has to find what works for them and gets them through the day. There are definitely things that give people meaning, that gets  them get through tough times. Religion can do that, faith can do that, belief can do that. and that looks different for everybody. I'm finding that it's important to have something to believe in.

Doing the Forbidden Apple podcast has been really helpful to me. We hear people speak about miracles, but they bring it down to earth so that anyone can understand and appreciate it. Many of the people I speak with on the podcast use the spiritual context to live their lives. They're always questioning instead of just finding guidance from the Torah.

I hope for people to continue listening, and realize that there is absolutely not one way to do things or to live your lives. It is not black and white. Find the greys.