The amazing Claudia Dey talks about her American debut, HEARTBREAKER, how fiction can change a person, the difference between Canadian and American publishing and so much more. 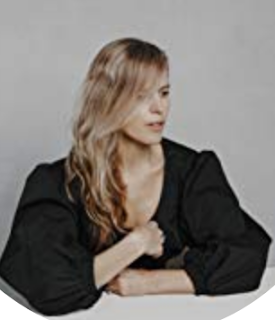 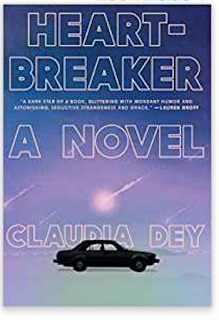 I absolutely adored this novel. Claudia Dey's a prizewinner in her native Canada (her last book won both the Quill and Quire and the Globe and Mail Book of the Year) and Heartbreaker is a total stunner. And I'm not the only one to think so. Take a look at these raves:

“A fierce exploration of memory and zeitgeist . . . Heartbreaker is a darkly comedic weirdo of a book that pulls the string of nostalgia from one side while unraveling it from the other.”—The Paris Review

“Claudia Dey renders 1985 in perfectly crimped, shoulder-padded detail. Fifteen-year-old Pony Darlene Fontaine has lived her entire life in the ‘territory,’ an isolated town founded decades earlier by an enigmatic cult leader and run on a sinister economic resource. . . . Come for the Shyamalanian premise. Stay for the hard-rock soundtrack.”—Chicago Tribune

“Told from the perspectives of Pony, a dog, and a teenage boy, this book shows the magic of Dey’s imagination.”—The Millions

I always think there is something haunting an author to push us into writing the books that we do, some question that keep nudging us, for example. What was your why now moment for writing this particular book?

I agree. A haunting, a disruption, an obsession. For me, it was: motherhood and death. The moment I became pregnant with my first son, something else entered the pregnancy. It was death. I had to take on a vigilance. I felt a new and very fresh fear. I was intimate with the enemy.

Pregnancy is one of the most romanticized periods in a woman’s life. The books written about pregnancy all have pastel jackets. Some have rocking chairs. There are a lot of eyes closed in semi-repose. I felt the opposite way. I could never close my eyes. My eyes were open and had to stay open. None of these book covers had a scythe. A mother, a baby, and a scythe. It was a beautiful time––I was forming a human being. I was making fingernails and eyes. For me, it was the most incredible science fiction, the most mysterious act––I still don’t understand it––but it was cut through by this private sense of morbidity. It was my most unsettled feeling. I needed to go as deeply as I could into this most unsettled feeling.

I believe that fiction can change a person––I find this idea so sustaining. That writing a book allows you to conclude a whole sequence of thinking and being––this presence of death in motherhood was the novel-size shock that led to Heartbreaker.

I love that you write about cults, but your narrative is not the ordinary one we’ve read about or seen before.  Was this a deliberate choice and why?

Thank you. I deliberately never use the word, cult, in the novel. I did not want to ascribe any kind of external judgment or even sociological context to it. I wanted it to just be, and I wanted to parachute the reader right into its dark, cold, longing, loving, secretive heart. I wanted it to be a state of isolation––both physically and emotionally. And cult has such heavy melodrama to it––too many associations. I leaned more toward George Saunders’ phrase: “a hostile dreamscape.” I wanted the reader to feel the ice pelt their skin, the mud heavy on the cuffs of their jeans. I wanted the territory to be so remote that it was nationless. Impossible to pin to a country. Impossible to pin to a continent.

And yet, I wanted it to feel as if it was only a two-thousand mile drive away––merely out of view, hidden from the news cycle. The territory feels so close to our current world. A crumbling suburb. The identical bungalows, the identical matte black trucks, the single highway cutting through it, the economy set around a fragile resource, the threat of meteors and rising waters, the natural world’s revolt against what we have done to it––and the territory’s strict rules around birth, marriage and death. Following the arbitrary pronouncements of a long-disappeared leader. I was particularly drawn to the role of the women in this outpost––they are the ones who mine the teenagers’ blood. I wanted to go as deeply as I could into this question: when you forfeit your moral authority, what remains? Who are you when you lead your daughter to a cot and harvest her blood? And in Billie Jean, the book’s heroine, I got to invert that question––she is a lone wolf, straying from the wolf pack, scripting her life so single-mindedly that she takes on every danger, every risk––yet remains free by being self-led.

You’ve used three different voices to tell your story. What were the challenges, the delights, and the things that made you want to hurl your computer out the window?
(Laughter at hurl your computer out the window.) I loved moving between the voices. Pony, fifteen years old and Billie’s daughter, is this fast, sure, wry storm of a voice. She is in this frantic, impassioned conversation with herself––negotiating crushes, status, vanity as well as rage, betrayal, longing. In Pony, I returned to my own feeling of adolescence which is to be in riot––and yet, she is a fighter; I write fighters. Then, Gena Rowlands, Billie’s dog––her guard, her confessional. Too old to be alive, never barked, a lesbian and a killer. Because Gena narrates a lot of the central characters’ backstory––which I found wrenching to write as it holds so much violence and tragedy––I gave her a longer lens, an almost stately cadence, some distance in her measured tone. I needed to do that in order to survive that section. And then, Supes––the only one who could take us through to the conclusion of the novel––is extremely precise, a human watchtower collating data, phenomena––putting the pieces of the puzzle together.

I pictured the voices as rooms. Each voice, in its way, as a separate room, like a theatre. You enter, lights come up, you are with strategizing, hair-feathering Pony. Lights go down. Exit that room and enter another one and you are sitting across from the ancient and homicidal Gena. Lights, exit, enter, Supes and his beautiful, deep geekiness. Each room is its own distinct dominion. Has its own cadences, its own view.

I was madly in love with all three characters––they felt as real to me as any observable life. The challenge with this book was handling that darker content––writing those scenes that disturbed me so deeply––like a beautiful sky suddenly turbulent––the seep of fear, the cold unknown; that part was difficult. To counter it, I planted pleasures everywhere––the soundtrack, the sartorial details––and redemptive elements. Hope.

What was your research like? What surprised you—and did it change the plot?
I read a lot of FLDS survivor autobiographies. I collected images of places I had never been to but could feel in my bones––snowfields, dense woods, endless sky––Siberia, Iceland, Finland. And a lot of photographs of teenagers––despair, wishfulness. I was very influenced by the portraits of the Dutch photographer, Rineke Dijkstra. She says: “What I like about young people is the potential is there but not developed yet. In a way, they’re sort of abstract.” I loved this idea of teenagers as abstracts––that the rapidity of change in them, their swapping out of selves, the selves in flux, made them abstract.

Mostly, though, with Heartbreaker, I tried to do the most personal thing in the most fictional way. I was deeply influenced by the eight summers I spent in logging camps across Northern Canada––the wish for ease, heat, comfort. The duct tape, big trucks, big dogs, nicknames, bonfires. The longing for elsewhere, the sense of dread, scarcity––and yet that Wild Wild Country ebullience of a private society set completely apart from the world. How it felt to be separate from the economy, from culture––how easily one could disappear.

I really want to ask this—this is your American debut. How do you think publishing differs in Canada and in America? What lessons could we learn from each other?
I observed many similarities between the American and Canadian approaches––from editing to marketing. The most crucial one is: in both Canada and the U.S., the industry survives on the deep and committed work of booksellers. I just came home from my U.S. tour and am midway through my Canadian one, and it is the booksellers––their elevated thinking, merchandising, and community-building that allows books to thrive. Also: the steadfastness of the readership. Last week, I read to strangers in the most beautiful rooms. The times are dark, enraging. People need fiction. Fiction teaches us how to live. Books offer us other worlds, modes of being. I think of books as sentient; you are in conversation with a book––and that conversation allows you to exit and then more softly, more sagely re-enter the world.

What’s obsessing you now and why?
My obsessiveness, that obsessive engine that makes the books, is busy speaking the world of Heartbreaker right now. The writer’s life is so polarized. You are behind a locked door on a hard chair for three years and then you are finding the languge for what you made. It’s a strange and glorious job. I will say though that my books tend to be antidotes to each other––whatever I write next will be composed of very different elements, different questions––a different haunting. But, to answer your question directly: young ghosts, and I just read about a man whose buried corpse was discovered because an exotic tree had grown from a pit in his stomach.

Who are My writing heroes? Writers like Joy Williams, Samantha Hunt, Sam Shepard, Chekhov, Tolstoy––and most formative, Michael Ondaatje’s The Collected Works of Billy the Kid. I saw this as a play adaptation when I was fifteen. Like most teenagers, I was moody, shifting, filled with secrets and wanting to find a form for the electricity I continually felt inside. This book illuminated a direction for me––an entire life.

I love these writers because they bend reality to let in more truth. They combine humour with such tender aches––the aches of all people, exposed to the air. What strikes me most in their work is its aliveness. I love this idea that a healthy heart has an irregular beat and an unhealthy heart a regular beat. The art that moves me has that irregular beat. I have to feel the humanity in it––and humanity is uneven.