Samuel Park was just in his thirties when he died of stomach cancer. Beloved in all ways, his new novel, THE CAREGIVER is just out and it's as brilliant as he was. 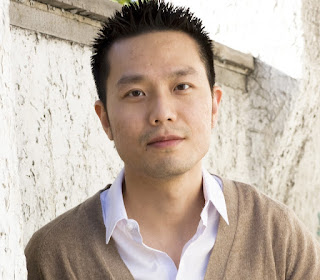 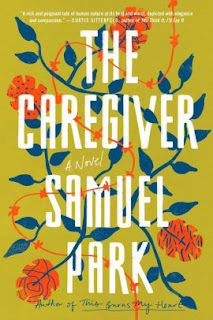 Samuel Park died of stomach cancer before his wonderful book, The Caregiver, was published.

I loved The Caregiver. The prose is so gorgeous, it gets inside of you, and what makes this story so remarkable is that he died just after finishing it. The novel is about the hidden lives of people, how a daughter discovers who her mother really was—and how in caring for a young woman dying of the same stomach cancer that killed Sam, she discovers who she really is, too. How do we care for the people we love? And how is that, really caring for ourselves as well?

Of course, I want everyone in the world to buy this exquisite, moving novel.  So here is a taste of the reviews. Now go out and buy it from your favorite indie:

“A beautiful testament to [Park’s] extraordinary talents as a storyteller. Park himself was diagnosed with stomach cancer in 2014, in his 30s, and died shortly after finishing this book—making this his final novel. In prose that rings clear and true, Park shepherds his characters through the streets of Copacabana to the posh hills of Bel Air. This is an elegy that reads, in some moments, like a thriller—and, in others, like a meditation on what it means to be alive...A ferocious page-turner with deep wells of compassion for the struggles of the living—and the sins of the dead.”
—KIRKUS REVIEWS (STARRED REVIEW)

“This moving posthumously published novel by Park examines the relationship between a mother and daughter after years of mutual misunderstanding...readers will relish the wistful yearning that Park evokes. This beautiful novel is a moving meditation on the mutual dependence and unbreakable bonds of family.”
—PUBLISHERS WEEKLY

“I love Samuel Park, and I love the stories he tells. The Caregiver is a rich and poignant tale of human nature at its best and worst, depicted with elegance and compassion.”
—CURTIS SITTENFELD, New York Times bestselling author of Eligible

"The Caregiver is a triumph, a clear-eyed novel full of humanity and compassion and life. The threats of the world are ever-present, but so is a brave and defiant endurance, a sense that the heart can survive the worst defeats, the worst losses, the worst regimes. Samuel Park was a treasure, and he has left us with one."
—REBECCA MAKKAI, author of The Great Believers
AND TWO MORE: