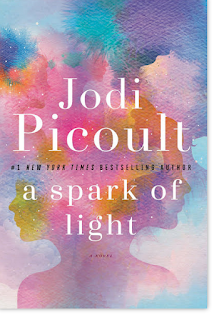 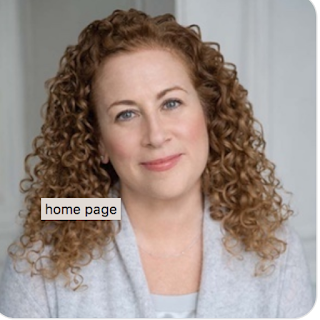 One of the most polarizing things in American politics right now is abortion rights. And #1 New York Times Bestselling author Jodi Picoult has a lot to say about it, in a novel that is as brave as it is thought provoking. Read it. Make your friends read it. Novels build empathy, change minds, and we need this more than ever. A Spark of Light follows a group of people during a shooting at an abortion clinic. Think you know the story? Think again.

I cannot thank Jodi enough for being here to talk about this.

You are the bravest writer I know. You’ve managed to make an abortion clinic shooting the topic of what I think is one of your most nuanced novels ever. What made you feel that now was the time to write about such a hot button topic? (And I’m so glad that you did.)

JP:  When I was in college, a friend got pregnant and after many conversations and teary nights, decided to have an abortion. I supported her 100%.  She was 7 weeks pregnant at the time.  Years later, I was seven weeks pregnant with my third child when I had complications and was told I might lose the pregnancy. I was devastated - to me, that was already a child.  How we feel about reproductive rights changes, not just whether we define ourselves as pro-life or pro-choice, but for an individual woman over the course of her own lifetime.  What a woman feels is right at 16 might not be what she feels at 30 or at 43.  Laws are black and white, but women are a thousand shades of gray - which is what makes legislating reproductive rights problematic. THAT was what made me want to write about this now, when Roe vs. Wade is under tremendous threat.

But this novel is also about guns, as well as abortion. Do you think we will ever find a solution to using violence to getting our ideas across (or stopping others from exercising their right to think differently?)

JP:  Not unless we pass common sense gun reform.  You know what’s really sad?  A journalist pointed out to me that this was also a gun reform book…and it had NEVER CROSSED MY MIND.  I was wrapped up in the reproductive rights issues and just took violence at a clinic as the norm.

First, what startled you the most about your research?

JP:  Three things.  First, that when people talk about defunding Planned Parenthood, they are assuming that will stop abortions. In reality, 97% of the work PP does has nothing to do with abortion: health care for women, cancer screenings, STD screenings, birth control.  That 97% of care is federally funded.  What is NOT federally funded is the other 3% -- abortions.  If you go to a Planned Parenthood for your abortion, you pay for it.  So what that means is that if we defund Planned Parenthood, all that federal money will be taken away – and women’s health care suffers.  The only thing that Planned Parenthood will be able to do – the only care that supports itself monetarily – is abortion.  Which of course those who want to defund Planned Parenthood don’t realize.  Second – that those who are pro-life are not religious zealots, but people who I would be friends with and have over for dinner.  They too come from a place of deep conviction and compassion.  They don’t consider themselves to be anti-woman – but they truly believe life begins at conception and can’t figure out a way to reconcile that fact with the practice of abortion.  Third – of the 151 women I interviewed who had had an abortion, less than 25 wanted to be acknowledged in the book and the vast majority of those wanted to use a pseudonym or initials or be anonymous because they had never told their parents, partners, kids, employers, etc.  about their abortion.  That made me so sad. Women live under an umbrella of stigma about abortion. When women don’t tell their stories, men write the narrative for us, and it’s one of blame and shame.  One out of four women will have an abortion in her lifetime, and I hope that this book might encourage them to tell their stories – because that’s what normalizes abortion, and makes another woman strong enough to tell HER story.   Women matter.  Women’s lives matter.  Women’s stories matter.

Secondly, I’m wondering, because I know your research is just incredible, if you’ve found the way to convince anti-abortion people and pro-life advocates that the answer is not to do away with abortions, but perhaps it is to have mandatory sex education in the schools early on, and free contraceptives (without needing parental approval) and funding and programs in place to help women who get pregnant and cannot possibly care for a child or don’t want one?

JP:  That’s definitely one way to come together on reproductive rights – we can all agree that no one ever WANTS to get an abortion.  With that in mind, how can we reduce the abortion rate without even mentioning the words Roe v Wade?  Well, let’s start with sex ed and contraception – that’s clearly the easiest way to reduce the abortion rate, has been proven to reduce the rate globally many times over, and yet those who are pro-life are often also anti-contraception. But suddenly that argument has less to do with “saving a life” than “controlling women’s sexuality” – and I find that terribly problematic and misogynistic.  The other thing we should talk about are all the laws that AREN’T Roe v Wade that would actually help women and could reduce the abortion rate.  Knowing that 75% of women cite economic reasons for an abortion – what if we raised the minimum wage?  Had universal health care to cover maternity care AND the life of the child?  Had federally funded day care?  Penalized companies that don’t promote women because they keep leaving the work force to have babies?  How come no one ever talks about these ways to reduce the number of abortions?

I absolutely love the cover. Can you talk about it?

JP: It’s actually the second cover – I didn’t like the first because it was too similar to Small Great Things, but this one was a hit out of the ballpark.  I love the hidden faces in the watercolors.

JP: The Re-Osirian union in Ancient Egypt, which has a lot to do with the next book…and also what it means to die well (also for the next book).  And The Book Thief, because I am the co-librettist for a musical version, and we have a reading coming up in a few weeks.

JP:  How do you pack for six weeks on tour in a suitcase?  And if you get that answer, can you send it to me?