T. Greenwood talks about her incandescent RUST & STARDUST, based on the real-life kidnapping that inspired Nabokov's Lolita. You KNOW you want to read this. 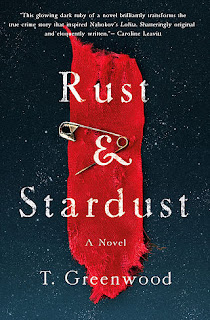 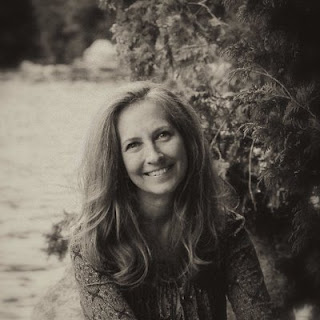 T. Greenwood is amazing. A super talented photographer, she has also published twelve novels, including BODIES OF WATER (a finalist for a Lambda Foundation Award). She has received grants from the Sherwood Anderson Foundation, the Christopher Isherwood Foundation, the National Endowment for the Arts, and the Maryland State Arts Council. And if that's not enough, she's won  three San Diego Book Awards.?


"Unflinching but compassionate, Greenwood deftly unravels the devastating layers of malice and carelessness that tore Sally from her family, but also the love and perseverance that eventually brought her home."—Bryn Greenwood, author of the New York Times bestseller All the Ugly and Wonderful Things

​"A harrowing, ripped-from-the-headlines story of lives altered in the blink of an eye, once again proving her eloquence and dexterity as an author.”—Mary Kubica, New York Times bestselling author of The Good Girl
​

"An absolute treasure for bookclubs and the discussions it is sure to inspire."—Pamela Klinger-Horn, Excelsior Bay Books

Thank you so much for being here!

I was absolutely haunted by this story. When was the moment when you realized, I have to write this story?”

I read Lolita in college and swooned. The idea that someone could write about something so horrifying in such achingly beautiful language felt like a sort of magic. That was the kind of writer I wanted to be.

Sally Horner was in those pages, though I didn’t know it at the time, sequestered in a tiny parenthetical: (Had I done to Dolly, perhaps, what Frank Lasalle, a fifty-year-old mechanic, had done to eleven-year-old Sally Horner in 1948?) Flash forward twenty plus years, and I stumbled upon an essay by Sarah Weinman (“The Real Lolita” in Hazlitt) which reveals the likelihood that Nabokov borrowed from Sally Horner’s story in crafting the second half of Lolita. (Nabokov was known to scour newspapers for crimes that echoed Humbert Humbert’s.) But what spoke to me more than all of this was the photo accompanying the essay – the one of a golden sort of child sitting on a swing. Eleven years old, abducted by a life-long criminal. She’d only been trying to join a girl’s club at school – the initiation involving the theft of a five-cent notebook from a Woolworth’s. LaSalle, recently released from prison, “caught her” and was able to convince her that he was with the FBI, that if she didn’t do as he said, he would have her arrested. At the time, my youngest daughter was eleven years old – and while likely much savvier than Sally would have been in 1948, I couldn’t help but imagine her in a similar circumstance. That longing to belong to a group of girls so palpable, the blind abeyance to authorities, the cusp at which girls at that age reside. I fell in love with Sally first.

Then, when I began to research this true crime, it felt as if it was a story I had been meant to write my whole life. From the places LaSalle took her, to the people she would have likely encountered, there were so many connections to my own experience, it felt like serendipity.

What was your research like? Can you tell us any things you changed or added for the sake of fiction

I read everything I could get my hands on about Sally and Frank LaSalle. I scoured newspapers.com, ancestry.com, and a whole host of other sites trying to glean everything I could about the twenty-one months she was in his custody. I also studied the various places he took her and researched the historical context.

Ultimately, however, this is fiction. I had the skeletal structure of the plot – the actual events and locations and timeline, but the flesh is pure imagination. I had to dream myself into Sally’s character, her mother’s character, those girls who set her on this tragic path. I also created a number of fictitious characters (mostly women who unwittingly aided in Sally’s survival).

While I made every effort to honor the “facts” I knew to be true, I also took a thousand liberties (which is what fiction writers do) in an effort to bring this story and these characters (as I dreamed them) to life.

I absolutely loved that you told this story through the eyes of various characters—Sally’s mother, her sister, Ruth. Was this always your decision as far as craft? I also absolutely loved the kind bearded lady—where did she come from?

The first draft of this novel was written from an omniscient and someone distanced point of view. I wanted it to be the story of not only Sally but also of those around her, those impacted by this crime.  However, with each subsequent draft (and there were many), I zoomed in closer and closer to the primary point of view characters. I actually wrote about fifty pages from Frank’s point of view, but in a very late draft decided to excise him. Nabokov had already written that story. I wanted this to be Sally’s story, the story of her family, and the story of the communities she inhabited.

As for Lena (the bearded lady), she was a total surprise but ultimately became one of my favorite characters. In researching the trailer court where Frank and Sally lived in Dallas, TX, I learned that when the circus was in town, the circus folks often stayed there. This was one of those amazing gifts a writer gets, because all of a sudden, Lena materialized on the page…this gorgeous, leggy hermaphrodite, who sees herself in Sally.

Reading this novel made me completely unsettled, which is my highest compliment, by the way. What was it like writing it?

As I said, the early drafts were written from a sort of dissociated point of view. I was, frankly, scared to write this story, to be inside Sally’s skin. It probably took four drafts before I even wrote her point of view in. I knew that spending time with her, inhabiting her body, would mean engaging in her suffering. I also knew that finding the balance between raw honesty and delicacy was critical. I didn’t want this to be a lurid exploitation but a reverent exploration of what she must have gone through.

Nabokov ends Lolita in a different way than the way the true crime story here ended. Why do you think he did that?

I recently read an essay about possible connections between Lolita and a story Salvador Dali wrote. In the essay, Nabokov is said to have referred to gathering “bits of straw and fluff” for his novels. I think that Sally really was one of those bits of straw for him. His parenthetical about her suggests as much. But Sally’s story is not, in the end, Lolita’s story.

Here are my current twigs and fluff: a state “school” in western Massachusetts called The Belchertown School for the Feeble-Minded, 1970’s Florida, Weeki Wachee mermaids, the opening of Walt Disney World in 1971.

I have wanted to write a story set in the early 1970s Florida forever. My family used to drive to Florida from Vermont every winter (in a VW Bug no less). I love writing about lost places. I am also totally captivated by abandoned asylums.

All of this comes together in my next novel, Keeping Lucy, which will be out next summer.

This is my twelfth novel, and people are often curious about my process. One of the questions I am most often asked is if I write every day or only when inspiration hits, and my answer is that I write regardless of inspiration. If I waited for inspiration to hit, I’d never get anything done.
Posted by Caroline at 10:26 AM