The Holocaust and the Cold War. Relationships between pollitics and people. Acclaimed writer Peter Golden talks about his latest book, NOTHING IS FORGOTTEN, and why it's the most difficult book he's ever written 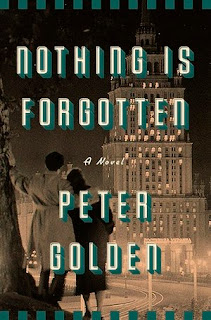 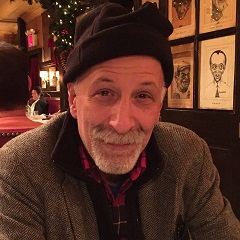 I've interviewed Peter Golden before and I'm even more honored to interview him again! Golden is the author of Quiet Diplomat,Another Bow, Comeback Love, O Powerful Western Star! and Wherever There is Light. His latest, Nothing is Forgotten, is a thriller about the Cold War and the Holocaust.

I'm so thrilled to have you here, Peter!


I loved, loved, loved this book. Couldn’t stop reading because the characters were so unexpected, because I wanted them to hang around. What was the “why now” moment that got you writing this?

One morning I woke up remembering a story my mother told me when I was young. She was eight years old and running through an empty schoolyard chased by two older boys. The boys had German names and they were calling her a kike. My mother had never advertised her religion, and with her blond-brown hair and cameo features she resembled Shirley Temple. Yet somehow the boys knew, probably because she did not attend school on Rosh Hashanah and Yom Kippur—the Jew holidays, a girl in her class had called them. Halfway across the schoolyard, the boys caught her and pushed her to the ground. One of them had his knees on her chest – he was laughing—and the other boy had unwound a wire hanger and jabbed the point toward her eye. My mother recalled the scene as drained of color and sound, as if she were watching another girl writhing and screaming in the black-and-white flicker of a silent movie. Suddenly, the principal appeared, a burly man in a three-piece suit, and dragged the boys back to the school, and my mother stood up and ran home. This was 1936. In Hillside, New Jersey.

When I began writing right after college, I knew that one day I’d write a novel dealing with the Holocaust. That morning I decided it was time to start.

You have said that this was the most difficult book you have ever written? Tell us why!

Several reasons. First, what can a writer say about the Holocaust in the wake of—to name just a few—Night, Schindler’s List, and The Nightingale? I solved that problem by mainly exploring how Americans became more familiar with the event—beginning with the Eichmann Trial—and how the issue of Nazi war criminals seeped into the Cold War  and turned into a battleground for American and Soviet spies. Secondly, while I had written history, biography, and novels about postwar America, I knew far less about the postwar Soviet Union, and I had to bury myself in research—books and interviews and documentaries. And finally, while I had grown up in the shadow of the Holocaust, and some of my extended family had died in that insanity, there was much more to read and newsreels to watch. Doing this research I fluctuated between rage and a sadness so deep I couldn’t see the bottom. It was exhausting.

I loved all the details, especially about Nikita Khrushchev. What was your research like? Did anything surprise you?

American culture and politics of the late 1940s, 1950s, and 1960s is an obsession of mine. I could spend days on eBay looking at magazines, toys, furniture, clocks, and record albums from those decades and not feel as if I’m wasting my time. For Nothing Is Forgotten, however, I needed to learn about the postwar Soviet Union, specifically Soviet baby boomers. I did that through interviews and by reading oral histories. And it was stunning: many of these men and women were every bit as enthralled with the Beatles and Levi’s and the Beat writers as their American counterparts. But the price some of them paid was unimaginable—prison or being banned from decent jobs for being bad communists. And still they never lost their faith in rock & roll. . . . the promise of that music, the freedom.

I’m always interested in how a writer approaches a new novel. What was different about writing Nothing Is Forgotten? Do you feel like you learned anything from the last book you wrote, or is it all new every time? (I’m the latter, sigh.)

My approach is generally the same. Research until I feel as though my head is about to explode, and the only cure is to write. But you are correct—it is often the same hard slog due to the fact that blank pages haven’t figured out a way to fill themselves. Yet I have learned to avoid certain mistakes—for instance, cutting details that add little. When I fail to do that I just make believe it’s a function of my style. I maintain that style is a literary euphemism for bad habits.

Two characters, Misha and Yuli, from Nothing Is Forgotten. I can’t let them go. Their story isn’t finished. And I want to finish it.

More like wish you had, because there is no way you could’ve known about some Robert Frost lines I’ve been thinking about since I read them in high school.

Frost wrote: How are we to write/The Russian novel in America/As long as life goes so unterribly?

It was a good question, and in Nothing Is Forgotten I did my best to recreate those differences.