One of my absolute favorite writers, Elizabeth Crook talks about THE WHICH WAY TREE, set in Civil-War era Texas and compared to Huck Finn, getting the hang of how people spoke then, writing characters facing grave risk, and so much more 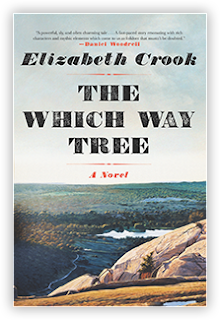 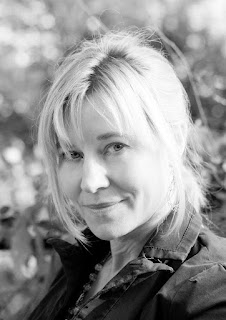 A few years ago, I was handed a galley to read, Monday, Monday, about three students caught up the Charles Whitman massacre, a horrific event which impacts them through adulthood.  I went nuts for this book. and vowed to read everything that Elizabeth Crook writes.  Now, Elizabeth Crook is back with a book that is equally--if not even more--stunning, The Which Way Tree, set in Civil-War era Texas, about a young girl, her half-brother Benjamin, who narrates the book, and a search for the panther that killed her mother. (It's also been optioned for film with Robert Duvall to star.)

Racking up the raves:

“Not since True Grit have I read a novel as charming, exciting, suspenseful, and pitch-perfect as The Which Way Tree. Elizabeth Crook’s new book is winning from first page to last.”
—Ron Hansen, author of The Kid and The Assassination of Jesse James by the Coward Robert Ford

“Elizabeth Crook has created a book of marvels. Its comedy is steeped in the hardscrabble tragedies of a wilder old America. You will even catch an echo of Twain’s wit in the picaresque narration.” —Luis Alberto Urrea, author of the national bestseller The Hummingbird’s Daughter

“A multilayered tale . . . Benjamin Shreve, the teenage narrator of The Which Way Tree, unspools his tale of Civil War-era Texas in a voice that is utterly convincing, consistent, and believable. Crook never slips out of that voice for a moment. This is no small feat... Any first-person voice involving a young Southern boy invites comparisons to Huck Finn. But dialects have complexities and Crook appears to be a master of them. Benjamin's voice swings between the rhythms of the Southern hills and the lofty, elevated tone encountered in Twain and contemporary Westerns . . . His speech can switch from hyperbole to understatement in the same sentence--and it is a wonderfully deadpan understatement . . . The language is arresting . . . The Which Way Tree is a commendable and very readable addition to the tale-spinning tradition and its beautiful use of language.”
―Paulette Jiles, New York Times Book Review


Elizabeth is also the acclaimed author of five novels: The Raven's Bride and Promised Lands; The Night Journal, Monday, Monday. Her first novel, The Raven's Bride, was the 2006 Texas Reads: One Book One Texas selection. The Night Journal was awarded the 2007 Spur award for Best Long Novel of the West and the 2007 Willa Literary Award for Historical Fiction. Monday, Monday was awarded the 2015 Jesse H. Jones award for fiction.

Only thing better than having you on the blog, Elizabeth, would be to get coffee with you. And pie. There has to be pie.

I always want to know the why now moment for writing a book? What was haunting you?

Specifically, a very large mountain lion.  When my son was fourteen he got lost with a friend in the canyons of Bandera County. They were brought in by helicopter at three o’clock in the morning after a nine hour search during which a large mountain lion was seen stalking through the canyon where they were last known to be. My husband and I spent those hours with the deputy sheriff of Bandera and other searchers trekking through canyons and ravines and yelling the boys’ names into the darkness. When the helicopter pilots finally spotted them, the deputy sheriff hiked down to bring them out and saw the mountain lion watching them at their little campfire. They didn’t know it was there. He told me later, “I don’t mean to scare you, ma’am, but when I got there that cat had its eyes on your boys.” Almost certainly the cat was only curious and wouldn’t have harmed anyone. But those words left me with a powerful image, and afterwards I learned everything I could about mountain lions—or panthers, as they were called in the old days—and their rare but sometimes deadly attacks on humans. In the end, this led to writing The Which Way Tree.

I love the narrator, Benjamin, who is a teenager. How did you get both the voice of a teenager, and particularly one in the Civil War, right? The dialect  was absolutely perfect.

That’s the nicest compliment, Caroline. It was really a matter of reading a lot of letters and journals from that time period and getting the hang of how people spoke.  Often the most uneducated people were the most interesting writers. They tended to write as they spoke instead of in any stylized, instructed manner.  There was often a Biblical lyricism to their speech and an unexpected combination of advanced vocabulary and poor grammar. I’ve lived most of my life in Texas, and that probably helped too. I’ve grappled with a lot of characters as they evolve through various drafts, but with Benjamin it was different somehow. I’m not sure why. I just felt I knew him from the beginning—from the first words out of his mouth. At every turn, I knew what he would think, how he would feel, and what he would say.

What was your research like? What surprised you about it?

The research involved a lot of pouring through books to understand the period—which of course meant knowing the politics of that time and place as well as the details of daily life and how people managed. The surprising thing was how irrelevant most of the research became, since the story is intensely built around only a handful of characters, a short period of time, and a single panther hunt. Most of the drama takes place during three short days. Of course, there are the peripheral events, which required me to know how the Civil War played out in the Texas Hill Country. But the story itself has a tight focus and required little more than knowing the characters and telling their story.

I also always want to know how a new book feels different than the last one for the author. Did you feel like your last novel taught you how to write this one?

Not at all, since this one is so different from Monday, Monday. I’ve written five novels, and they’re all vastly different except that each of them deals with characters who are at significant risk and facing grave odds. There’s always that common theme of danger: if my characters aren’t in danger, or at least at some kind of risk, then I don’t worry about them enough to get emotionally involved in what happens to them.  And as you know all too well, if a writer isn’t completely engaged by what he or she is writing, and invested in the characters and the choices they make and the fates that unfold for them, then readers won’t be either.

Just what in the world to write next! I’m not happy if I’m not writing, and unfortunately I’m not one of those writers with a thousand ideas just waiting to be put into words!

What question didn’t I ask that I should have?
You always ask the perfect questions, Caroline. It’s a great gift of yours. Thank you for your interest, and always for you insight.