Love strange, inventive stories? Me, too. I talk to Patrick Crerand about THE PAPER LIFE THEY LEAD, which knocked my striped socks off 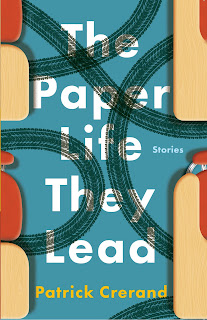 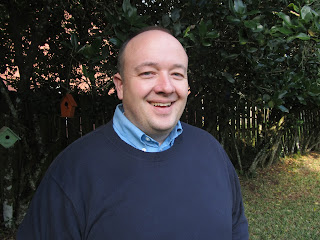 When the brilliant Wiley Cash tells me to read something, I do so, immediately.  "You'll love these stories," he told me, and I went wild for them. You will, too. thank you so much, Patrick for being here!


These stories are so jaw-droppingly unexpected. They actually remind me of Dan Chaon’s stories, the matter-of-fact way that you guide us into deeply strange territory. I have to ask you about your own personal world view. I think I want to see the world the way you do for a day. Can you talk about this please?

First, I love Dan Chaon as well, so thanks for that compliment.  In graduate school I worked for a lit mag called Mid-American Review, and we published a story by him, and I’ve been a fan ever since.  I’ve taught his story “The Bees” for a while now, and I love how he’s able to build what seems like a solid foundation for a character and then in a page or so it just crumbles irrevocably.  I’m from Columbus, and he is a Cleveland guy, so I was also happy to know Ohio had him in her stately limits.

For a while there was a disconnect between the way I saw the world and what I wrote.  At first I tried to write sad, serious stories that took place in factories because I thought that was presenting something true, even though I really didn’t know or care much about factories or really anything serious.  I just did it because I thought that’s what I had to do to be considered a serious writer.  My girlfriend (now wife) used to read these stories and just point out all the ways I wasn’t invested in that world, a world she knew well, having a father who had worked his whole life in a brass factory.  Slowly, it dawned on me that this kind of aesthetic wasn’t in me and that I had to listen to the voice that was speaking to me the loudest, a voice that wasn’t rooted in realism, a voice that was rarely serious.

I loved reading stories where you have a bizarre or unexpected premise and readers are still invested in that emotional world.  At first, I used to think that this method was something only a few writers did or appreciated, but it’s pretty much the basis for every religion and myth ever.  Growing up in a pretty heavily Catholic family, that kind of mix of real and crazy mystery was always there, getting reinforced: Jesus was a man but also God and also one with a ghost who sometimes is a bird.  It’s like a logic puzzle.  But I wasn’t interested in just the bizarre for bizarre’s sake.  Maybe at first I was, but a writing teacher once pointed out how the ability to shock people is fine, but that shock is a very short-lived reaction.  It gets people's attention, sure, but then what?  The moment when the genuine and the bizarre combine is still exciting, but really it's what happens after that interests me.  My hope is that by following the characters involved in that moment for as long as I can, the writing will touch on something that sustains and stays with readers after they're done reading.

I was constantly surprised by your stories—like small fireworks going off—and I wonder what surprised you in the writing?

What always surprises me is that people like the stories, by which I mean they laugh at the spots I meant to be funny and care about these characters or even want to publish the stories!  It’s a side-effect of spending a lot of time doubting that the stories will work early on.  My inner monologue when I’m writing is something like the following: This is ridiculous.  You shouldn’t be writing this right now.  You should be working on the other story.  What happened to that one about the guy in the factory?  Let’s write that story.  After that passes, usually the moments that surprise me in these stories always happen quite late in the revision process.  I remember having a beginning and an end to the story “PIT-DAY” and being somewhat happy with it, and then three months later typing the scene where the ice spins.  It came later on because I hadn’t done a good job visualizing the duties of a flight attendant.  I just thought about how she’d be carrying a bucket of ice, that the ice would float easily, and from there, later on still, how that iciness encapsulated the worldview of Penelope.  Everything is cool on planes—the pilot’s voice, the flight crew’s actions, even the coffee.  I don’t know if I pulled all that off, but seeing the ice helped and it surprised me.  I try to stay as open minded as I can, just asking myself if I can see it, if it makes sense, if I can push the language or the situation further, and so a lot of surprising moments and objects and people poke through the ether if I look hard enough.

So what’s next for you? Will it be more stories or a novel?
I am working on a novel about an extremely wealthy man who has a self-inflicted near death experience in Florida and, after surviving, decides to buy both a Christ-themed outdoor drama and a local fast food restaurant franchise.  He eventually combines them into a messianic cult with disastrous consequences.  I'm about 2/3 of the way through it, but I still sneak in stories on the side when I can.

Tell us about what kind of writer you are. Do you map things out or just wait for the irritating muse to show up?
I write until I get into trouble, and then I usually make some sort of map.  In that way I’m very inefficient, but I think I work better if I get little lost first.  This is much easier to do when I’m working on a short story than a novel though.  I also like having small obstacles to overcome, whether that’s some sort of word count or task or exercise, and then to use that pressure to scare something out of my subconscious and onto the page.  That’s the dream, at least.  Mostly I try to write as much as I can when I can because I’m pretty busy teaching and keeping my three kids out of trouble.  So I squeeze a lot of words out of a little time, and then revise a lot in the hope of finding the breadcrumb trail of the story.

What’s obsessing you now and why?
I finished a collection of essays called Apophenia and that word has been sticking with me lately.  It’s an outdated term from psychoanalysis where a person makes connections between unrelated events or ideas.  When I was a baby, my parents moved to this small town in Ohio that had been destroyed by an F-5 tornado a few years prior to our moving in.  It happened during Holy Week, so a lot of the people I grew up with saw the tornado as some kind of portent.  The tornado is sort of nature’s embodiment of apophenia since it combines unrelated and often unwilling elements in the same funnel cloud.  A lot of the essays deal with having and losing faith in the midst of chaos, something I think a lot of people are dealing with in our current political environment.

I can’t think of any.