Jessica Treadway talks about Lacy Eye, having two opposite endings, writing, and how she got that great title 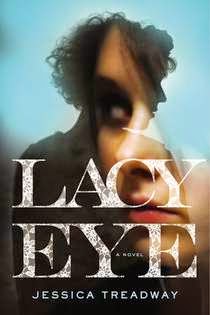 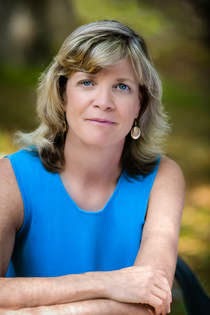 One of my favorite novel questions ever is this: How well do we know the ones we love? In Jessica Treadway's thrilling new novel Lacy Eye, she explores a terrifying scenario. A home invasion leaves a woman disfigured, and her daughter's boyfriend is convicted of the crime. But did he do it? And did her daughter play a role? Elizabeth Graver calls Lacy Eye"Gripping and emotionally complex." Publishers Weekly raves that the novel is  a "deftly plotted psychological thriller… a devastating portrait of a family torn apart from both the outside and within."

Jessica's story collection Please Come Back To Me received the Flannery O'Connor Award For Short Fiction. Her other books are Absent Without Leave, a collection of stories and And Give You Peace, a novel. Thank you so much for being here, Jessica!

Q.  I always want to know what sparked a particular book.  What was the question haunting you that drove you to write?

A.  The novel is inspired by a crime that happened in my hometown in upstate New York, although I changed the basic circumstances.  In that case, a college-age son was convicted of killing his father and trying to kill his mother; my narrator is the middle-aged mother of a daughter she has always worried about, without quite allowing herself to recognize how deep that worry was.  The question that moved me to write was, What is it like to be in the mind of a person who knows one thing at the most fundamental level, but on every level closer to the surface – the surface closest to everyday thought -- manages to believe what she wants to believe, because it’s easier to accept?  My guess is that many if not most if not all of us do this to some extent, but the dire nature of this particular life-and-death situation gave me a structure to explore the phenomenon at its essence.

Q.  I can’t imagine anything more terrifying than the phrase “face the unsettling truth about her own daughter.”  How well do you really think we know the ones we love? And how can we live our lives knowing that there are hidden sides to people?

A.  I don’t believe it’s the case that we can’t know really know the people we love – who they are at their cores, what’s important to them, how they feel about us.  I agree with you that that would be a terrible way to live.   I do think that some people make a choice -- whether conscious or unconscious – to ignore, excuse, or refuse to see the truth, because it’s more palatable and because it serves their vision of the way they want things to be.  I believe that this can be true of the way we see other people and the way we see ourselves.  Like the daughter in my novel, who as a child persisted in telling people she had a “lacy eye” instead of a “lazy eye,” even after her initial mistake – what she heard the doctor say, because she wanted to hear it -- was corrected.

Q.  Lacy Eye was plotted so tightly, and the tension was so ferocious, that I am filled with admiration. Did you know how the novel was going to end when you started?  What surprised you about the book?

A.  Thank you!  I actually did write two opposite endings, although the one I ended up with is the one I favored from the outset.  The one I let go of was creepier, perhaps, but to have used it would have made the mother/narrator an entirely different character from the one I ultimately wanted her to be.

I think the only thing that surprised me about the book came after I’d submitted it to my agent and editors, and I realized that they were viewing it as a kind of thriller.  I don’t think of myself as writing thrillers; I enjoy reading good ones, but I wouldn’t know the first thing about writing one.  I perceive this book to be more the portrayal of a character’s psychic journey -- the transformation she allows herself to undergo, and what she learns along the way.

Q.  What kind of writer are you?  Do you outline?  Do you have rituals?  Do you wait around for the pesky Muse?

A. I used to wait around for the Muse more when I was younger – when I had more time in front of me, when I wasn’t as aware as I am now that the time ahead is limited.  Now I take a more workmanlike approach, setting a timer and working for defined amounts of time.  Forty-minute intervals, multiple times a day.  It allows me to work intensely with an end in sight, a chance to reboot and refresh before diving in again.

I also write in my head at night, either before sleep or in the middle of the night.  My husband tells me I shouldn’t do it, but I say, I’m awake anyway, why not?  What else should I think about?  I might think in more general terms, about a plot or a character, or I might actually compose lines in my head that I then need to rehearse over and over so I remember them in the morning.  I know I could get up and write them down, but I prefer my way.   Rehearse the paragraph or phrase enough times and it’s like counting sheep – I fall asleep and have the bonus of notes or lines to record in the morning.

Q.  What’s obsessing you now and why?

I’m working on a novel told from four third-person perspectives, which is a switch from the two I’ve written from a first-person, singular point of view.

Q.  What question didn’t I ask that I should have?

A.  Maybe the question about where my title came from.  I had a lot of working titles, but none I was very happy with.  One day I was typing and I typed “lacy eye” when I meant to write “lazy eye,” and my fingers moved to correct it but then I pulled them back from the keyboard and said out loud to myself, Wait a minute, wait a minute, wait a minute.  I knew even before I could form the actual thought that I had accidentally (or maybe not accidentally?) hit upon not only a title, but a concept that would illustrate the theme of the whole book.  Some people have loved the title and some have had a strong negative reaction, but I’m one of the ones who loves it because it seems so suited to what I was trying to portray in the book – the danger of seeing something as far pr
Posted by Caroline at 1:38 PM