Come on, who doesn’t worship Sara Gruen? Not only does she live in pajamas (and post photos of it), but she’s warm, generous, hilariously funny, and a brilliant writer. And she’s also a friend. And to celebrate her new book and mostly to celebrate her, I decided to do something different and have a Sara-packed blog post filled with interviews and photos. 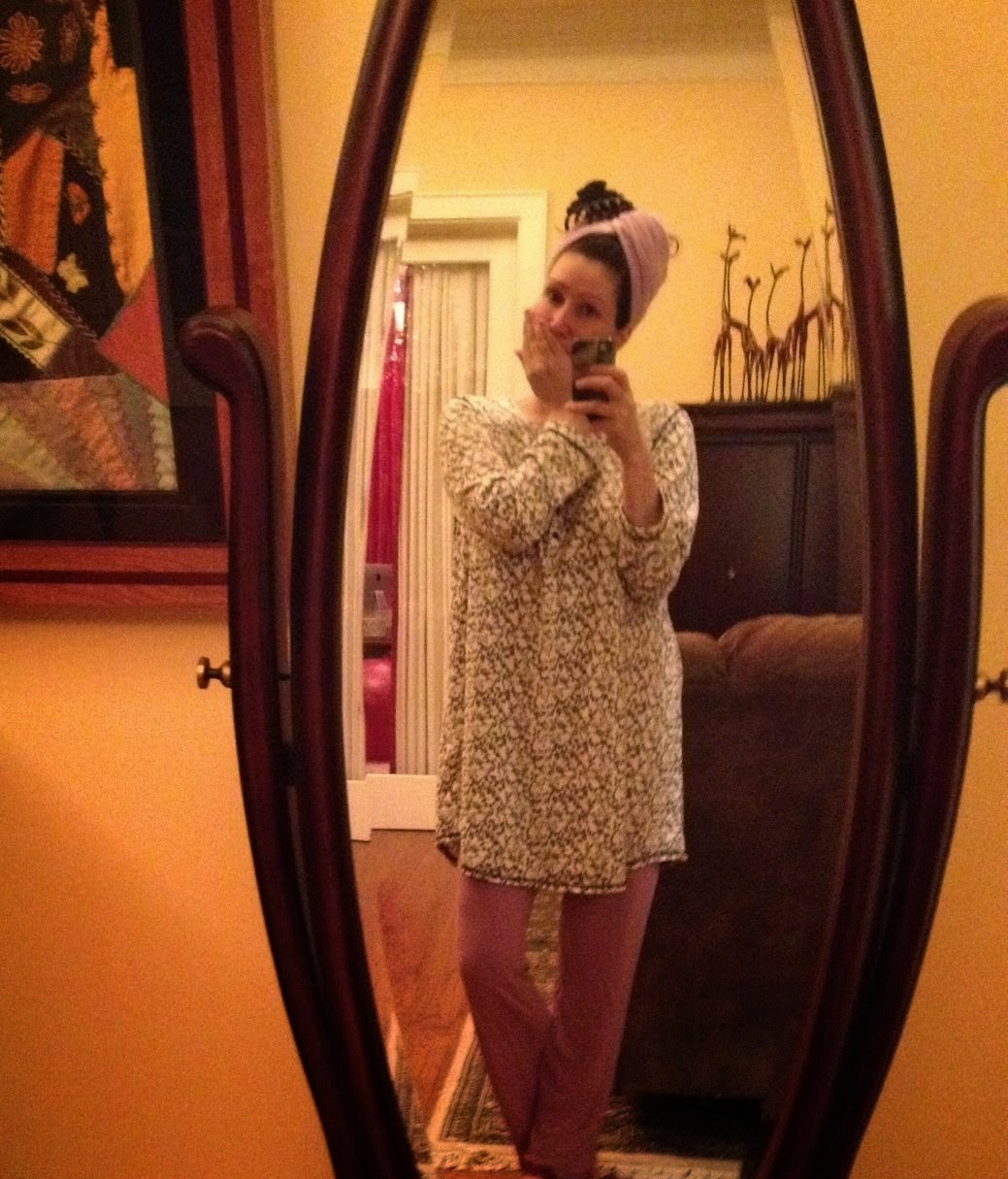 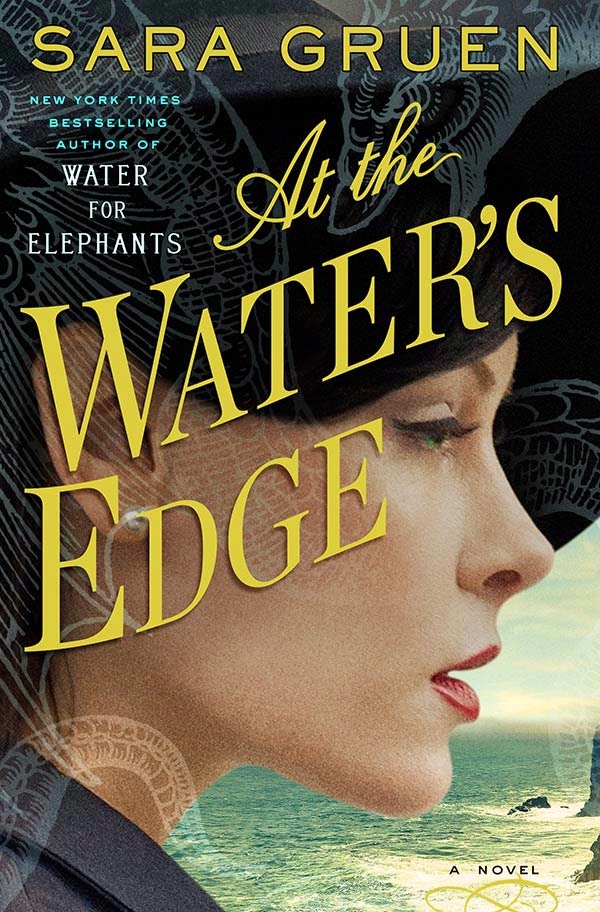 Sara, of course, is the #1 New York Times and USA Today bestselling author of Water for Elephants, Ape House, Riding Lessons, and Flying Changes. Her works have been translated into forty-three languages, and have sold more than ten million copies worldwide. Water for Elephants was adapted into a major motion picture starring Reese Witherspoon, Rob Pattinson, and Christoph Waltz in 2011 and it’s soon to be on Broadway! And it just got on the April Library Reads List!

Her latest novel, At The Water’s Edge,  is about  class and monsters (Loch Ness and Nazis) and a young woman’s learning to peel back the layers of life to see what is really there. Set against a tiny Scottish Village (Sara’s a master of story world. All you have to do is read the first page of Water for Elephants to have already known that.)

“If I needed a reminder why I am such a fan of Sara Gruen’s books, her latest novel provides plenty. Unique in its setting and scope, this impeccably researched historical fiction is full of the gorgeous prose I’ve come to expect from this author. And even after the final page, its message still resonates with me: The monsters we seek may be right in front of us. In fact, the only fault I can find with this book is that I’ve already finished it.”—Jodi Picoult, New York Times bestselling author of Leaving Time

“I devoured this book. Once again Sara Gruen has proven herself to be one of America’s most compelling storytellers. You might be tempted to rush to get to the answers at the end—but don’t, or you’ll miss the delectable journey that is Gruen’s prose.”—Kathryn Stockett, New York Times bestselling author of The Help

“Magical . . . At the Water’s Edge skillfully transports us to a small, tenacious Scottish village in the grip of war, and into the heart of Madeline Hyde, a woman who is a stranger to herself until forces convene to rock her awake. Sara Gruen is a wizard at capturing the essence of her historical setting, and does so here in spades, but it’s Maddie’s unexpected transformation that grounds and drives the novel.”—Paula McLain, New York Times bestselling author of The Paris Wife

Hey, so what about interviews?

Here's one from Publisher's Weekly:

Sara Gruen’s 2006 novel, Water for Elephants (Algonquin) created a huge buzz among independent booksellers for the tale set in a Depression-era circus that catapulted Gruen to literary stardom. Algonquin sold five million copies, a movie adaptation hit theaters in 2011, and just a few weeks ago, it was announced that the novel was being adapted into a Broadway musical. Gruen’s latest tale, At the Water's Edge, also involves animals: this time, it’s the Loch Ness monster, as an American trio’s search for it in rural Scotland at the height of World War II changes their lives.

You’ve said that a vintage photograph in The Chicago Tribune inspired you to write Water for Elephants. Did a similar event inspire At the Water’s Edge?

Although the seeds were sown decades earlier (I first visited Urquhart Castle when I was twelve), the catalyst that turned it from fond memory to book fodder was an online article I stumbled upon four years ago. It was about government secrecy, but what really caught my attention was a 70-year-old declassified letter from Scotland Yard stating unequivocally that the government believed the monster existed. Before I knew it, I’d fallen down a Nessie rabbit hole. At some point over the course of the afternoon, it dawned on me that I was setting my next story.

At the Water’s Edge is set against a backdrop of World War II. What kind of research did you do before writing?

I spent five weeks in the Highlands, scouring the archives at the Inverness Courier, interviewing people who lived in the area during the war, researching the 1st Special Service Brigade, even trying to persuade the equivalent of the U.S. Coast Guard to throw me into the loch. I prowled around the castle, got lost in the Cover, and found myself on the wrong side of the law while exploring WWII ruins that I later discovered were on an RAF field that still contained undetonated bombs.

I wanted to juxtapose how the war affected ordinary people, for whom it was inescapable, with how it affected the privileged, who could choose to watch from a distance. While upper and lower class divides in the U.S. and Scotland appear outwardly similar, contextually they are very different: in the U.S., social status can be inherited, earned, and or bought. For most Scots, the class system is deeply personal and an insulting reminder of the final defeat of the Jacobites in the Battle of Culloden and the forced end of the clan system that followed. I was surprised at the level of hurt that remains to this day over an event that occurred nearly 269 years ago.

Class distinctions are also important in understanding the characters’ motivations. Maddie’s open-mindedness leads to fundamental reevaluations of principles she had previously accepted. Her friendships with Anna and Meg allow her to recognize class distinctions for what they are—artificial barriers that provide one subset of society with a codified justification for feeling superior.

At the Water's Edge and Water for Elephants both feature love triangles. What is it about this dynamic that fascinates you?

Love triangles are a mainstay of storytelling in all its forms—novels, movies, fairy tales, legends, folklore, even religious texts—because conflicting passions are ubiquitous to human nature. Whether that excuses acting upon such impulses is an age-old and oft-revisited question, as is whether there are any circumstances under which it’s acceptable to break with what is a basic tenet of most human societies. This is certainly one of the reasons we explore it so often in fiction, along with consequences and whether they’re always deserved.

Maddie feels much more of a kinship to the Scots women she meets than she does to her own husband. Do you feel that gender trumps all else when it comes to true friendship?

In a word, no. Maddie has never had friends before—she’s never really had anyone at all—so her friendships with Anna and Meg are a turning point in her life. She spent her childhood under the control of her parents: a narcissistic mother whose mission in life was to elicit attention and sympathy from others, and a disinterested father. When Maddie goes to boarding school, the rumors follow her, scuttling any chance she has of making friends. Ellis and Hank befriend her because she’s a novelty; their association with her is an act of rebellion.

It’s not until she is ripped from everything she knows that she starts to see things clearly. Until this point, she has viewed herself through the prism of other people’s perceptions. When she realizes that her former life “was nothing but a pretty, pretty fraud,” she begins to examine who and what she really is. In Scotland, for the first time, Maddie meets people who judge her on her own merits rather than by what she can do for them.

Do you think Loch Ness monster really exists? Why or why not?

I plead the fifth.


READ MORE ABOUT THE BOOK AND SARA From the Asheville Citizen-Times!

AND TUNE IN ON APRIL 1st TO HEAR SARA ON DIANE REHM!