Robin Black talks about Life Drawing, writing about craft, not knowing where a story is going, and so much more 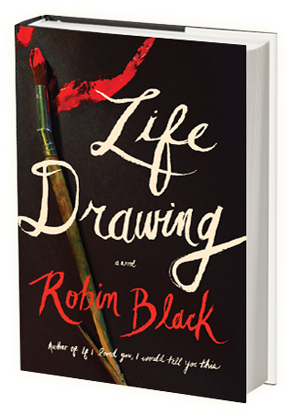 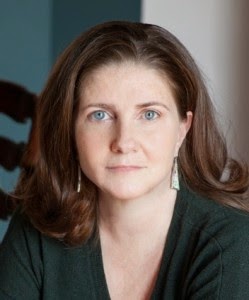 Robin Black's unsettling portrait of a marriage, LIFE DRAWING, is one of the most arresting novels I've read. And, I have to say, that her first short story collection,  IF I LOVED YOU, I WOULD TELL YOU THIS, which was published to international acclaim, was one of the best short story collections I've read. She's received grants from the Leeway Foundation, the MacDowell Colony, The Sirenland Conference, and she's also the winner of the 2005 Pirate's Alley Faulkner-Wisdom Writing Competition for short story.  I'm so thrilled to have her here. Thank you so much, Robin!

Life Drawing is your first novel. What was it like moving from short stories to a novel?  Will you go back to short stories or are you now madly in love with the novel? Do each of the forms have its own satisfactions? (and discontents?)

I went into novel writing like a whiny child, “But I don’t waaaaant to. . . “ I knew that there were professional reasons to do it and had signed the infamous two book deal so many post-MFA folks sign – if they are fortunate. The stories, first, and then. . A NOVEL! I was just so certain that I was a short story writer, that I had a short story writer’s mind - whatever the heck that even means. I had actually already written a bad novel, so all I knew about myself as a novelist was that I wasn’t any good. But then, the second I started LIFE DRAWING, I was 100% comfortable, and the second I finished I knew the next book would be a novel.

I have written one short story since then, and I was relieved that I still could, though it felt like using a part of my brain I’d almost forgotten I have. The part that understands compression and is as focused on what to exclude as on what to put in. You know, we writers are endlessly making analogies, and there are dozens out there about short stories and novels. Short stories are love affairs; novels are marriages, and so on. My latest take is that short stories are strict parents and novels are permissive ones. Short stories have curfews, and set limits. Novels don’t tell you when to get home and pretend they don’t know what you’re doing with your boyfriend in the basement.

I do love them both – and essays too - but I have this feeling I may have discovered, in my fifties. and very much against my own strongly held views, that I have the nature of a  novelist.

I loved the tense, nerve-jangly way that the novel proceeded. How did you go about structuring the novel and was there anything about that that surprised you?

To be honest, everything about it surprised me. I don’t do outlines, my mind just doesn’t work that way. The one thing I knew, though, all the way through, was that somehow, by the end, I had to fulfill the promise of the big plot disclosure in the first paragraph. But that was all I knew. Except for that give-away in the opening lines, nothing was planned.
But in some ways the most surprising aspect of the whole process was that unlike many of my stories which are written in bits and pieces, often patch-worked together and then reworked endlessly, this novel came out in order. I started on Page One and wrote through to the end with very few detours or changes until the revisions I did with my editor, none of which altered the plot, just cut a bit, reordered a bit, and added a couple of scenes. I have rarely written a short story in so straightforward a way and the last thing I expected was to write a novel in one kind of spurt – a year-long spurt, but still. It was weirdly straightforward.
Though – and this really matters – that spurt arrived after first, writing that “starter novel” that will never see the light of day and then years of misery and doubt about whether I could write a decent novel at all. So whenever I start kidding myself that this was easy, I have to remember the agony of all that doubt. Or I can just ask my husband who has keen, keen memories of how angst-ridden I was for how long.

So much about the novel is about creative partnerships and whether or not they work.  Do you think the two--love and work--can ever really be balanced?
There were many ways in which I used my narrator Gus as a way to play with the notion of having a life very different from mine. I’ve been a mom since I was twenty-five; she is childless. I am very close to my own mother; Gus has no memories of hers. And I am married to a lawyer, while she, a painter, has been with a writer for nearly thirty-years.
I think that many of us writers (or maybe all artists) who aren’t married to someone in the arts have a pretty romanticized notion of what that would be like. Sort of like Bloomsbury only maybe without quite so much partner swapping. And though it sounds funny, one result of really delving into the lives of my married artist characters was that I now think that though there might be some companionable aspects, it would also have the potential to be sheer hell. I’ve become ever more aware of how nice it is that my husband and I work in different enough worlds that there’s no competition. That when we’re sick of our own day jobs, we can go to one another for something truly different.

But as for balancing love and work, I haven’t always been good at it. I started writing seriously at about 40, and I knew that it was going to take something quite extraordinary with three kids at home, one of whom has special needs, to get lift-off in this pursuit and I think I was a pretty sub-par wife (and mother) there for a bit. I was an absolute workaholic, like a crazy person who has fallen in love with an activity. And I’m not even sure I regret that, because it gave me something I desperately needed without which I would increasingly have been a very, very bad mother and wife. But it was an uneasy balance at the time.

Your title is actually perfect for the book, on so many levels, beside the most obvious one. Can you talk about it?

I’m not great at titles, but when I hit on this one I was absolutely sure it was right. Leaving aside the obvious – my narrator is a painter who has trouble painting people – it is of course about what I feel I’m doing while writing. Drawing lives. Creating people, not depicting real ones, but animating something which has no life of its own. I have a short story in my collection about a portrait painter, and it’s called “Immortalizing John Parker.” In that, as in this, the overlap between what I say about the painting process and what I experience in my own creative life is pretty massive.
And that includes the fact that like my narrator, Gus, I struggled early on as a writer with specific aspects of “life drawing” or, as we call it, character depiction. I was always very interested in psychology and in moral dilemmas, but I had trouble putting those things into bodies, drawing – there it is – lives, and even just physical appearances that would render my characters more than vehicles for me to work through emotional issues or other non-corporeal aspects of human life.
I’m tempted to say that writing about visual artists is a good way for any fiction writer to learn about herself and about challenges she may have but not quite see, that jump outin the context of another creative pursuit.

What’s your writing process like? Do you fly by the seat or your pen or do you know where you are going?

I make it up as I go along. I wander in the dark looking for light. I never outline – not only because I can’t think that way, but because the few times I’ve tried, the process has felt like paint-by-numbers to me, like I was just filling in the colors as opposed to feeling like a process of discovery. I strongly believe that for me, with my work, the more surprise there is in the process of writing, the more surprise and excitement there will be for the reader.
But the fact is that even if I believed that outlining would help the work, I still couldn’t do it. I have very significant ADD and though I medicate for it which helps a lot, I’m still along, long way from being organized enough to plan a work ahead.

Other than book release? I know that you, and any authors reading this, understand that when a book is coming out, it’s hard for that not to feel the only event in the cosmos.
But in fact I am also focusing on the next book. There are two that I have in mind and I’m not sure which is going to bubble up first. I won’t say more than that because it’s all still at that fragile stage where it feels like if you breathe too hard, you’ll lose the possibilities.

Hmmmm. I guess that I always want people to ask me about the essays I write about being a writer and on the craft of writing, because my other obsession right now is turning those into a book. Many are posts I’ve done the Beyond the Margins (beyondthemargins.com) but there are others too. I’m an absolute craft nerd, and have discovered in myself this very strong impulse – even need – to write about my experiences writing, the life of it, my own personal history with inhibitions and with discovered directions. So, as I puzzle through my fiction future, I am also working on that. Oh, and then there’s the book I’m writing with my daughter, who has special needs. And then there’s. . . and then there’s. . .  Always more to talk about, always more to write!!