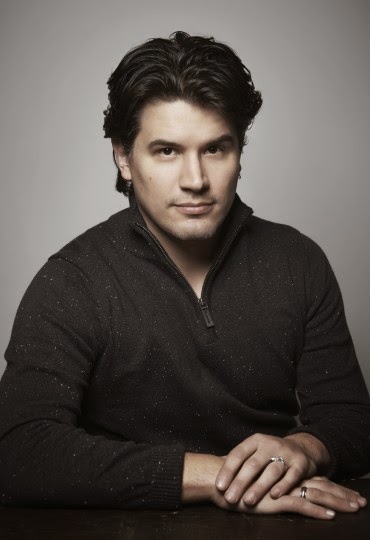 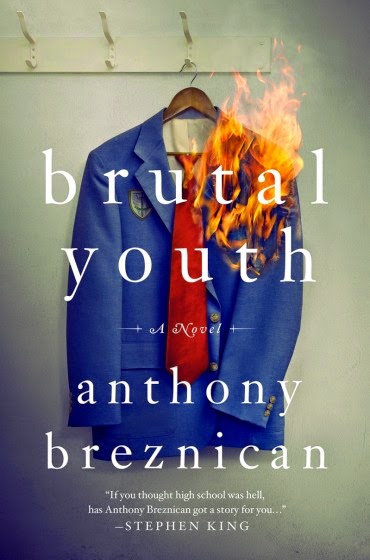 Every once in a while I start reading a book that I think speaks exactly to me. As someone who endured a harrowing high school life, I was immediately drawn to Anthony Breznican's Brutal Youth (great title and brilliant cover, too, by the way). The world he creates is so real, that if you take your eyes off the page (go ahead, I dare you), you'll feel disorientated. Breznican's characters, are each so bristlingly alive, you'd swear they were tugging at your arm, spilling their stories. Heartbreaking, funny, boldly imaginative, cruel and gentle, too, Brutal Youth stuns. Anthony has worked as a reporter for The Arizona Republic, Associated Press, and USA Today, and is currently a senior staff writer for Entertainment Weekly, and I'm so honored to have him here.


Brutal Youth has one of the most astonishing openings I've read in a long while. Did that opening come to you originally, or did it come after you had written parts of the book?

I always knew I wanted to start with something intense and visceral - a real grab-you-by-the-collar opening that would thrust you into a school where the danger wasn't getting a good grade, or getting a date ... It's basic survival. I'd heard this story from my own high school about a kid who flipped out in the hall after many years of being teased and tormented. He started swinging his bag in a circle, and clobbering anyone who got near. I heard one of the teachers jumped on his back, and then rode him around like it was a rodeo when even that didn't slow him down. As another kid who carried his whole locker in his book bag, I wondered: what could have made him snap? We all face hard times and feel angry and powerless, but what makes someone really lose it and switch from trying to lay low to trying to cause pain. I amped up that old legend, added what I'd consider kind of a horror element to illustrate that this was a story with fangs. But sadly, we've seen plenty of instances over the years where a kid goes over the edge and causes much more catastrophic damage.

Which, of course, leads to a structure question. Did you plan out this book or just follow the characters to see where they might lead you?

I knew I wanted to write about four main freshmen -- Davidek, a nice kid who just wants to avoid trouble; Stein, who loves trouble and fights every good fight; Lorelei, who is desperate to be liked (but doesn't like herself very much) and Green, who charms his way to safety, but loses touch with where he came from.  After that, the story unfolded as I threw a lot of menace, mistrust, and double-crossing at them in the form of adults who have a lot of growing up to do, too. \

I always want to know what sparked a book, what was haunting you that nudged you into writing this?

I wanted it to be a war story about trying to save yourself, but maybe losing yourself along the way. I was a feisty, rebellious kid and I have a soft spot for troublemakers. I also have a pretty big problem with authority. Haven't we all witnessed people in charge who probably shouldn't be? BRUTAL YOUTH came from my efforts to write a coming-of-age story that was also a thriller. Hopefully it also has something to say about the forces that shape us (or warp us) when we're young.

As someone who was bullied in junior high and high school (I narrowly escaped being beaten up for wearing a beaded headband (don't ask) because the girl was caught calling in a phony bomb threat and was expelled), I still remember all the humiliations and violence--and your book brought them all vividly to life. Were you bullied as a kid? What was it like writing this book and living with all that brutal growing-up?

A beaded headband? Clearly you had it coming! I joke, but that's because some of these experiences seem so absurd once you get some distance on them. But at the time they are terrifying -- and it feels like there is no escape. I was pushed around, chased around, and beaten up from time to time. (That's an occupational hazard when you are a teenage wise-ass.) What's worse is when you are being emotionally or psychologically harassed by an adult -- teacher, parent, bus driver, whomever -- and that happens ALL THE TIME, whether we like to admit it or not. I've read some criticism of the book where people say, "oh, this kind of thing could never happen. It's unbelievable." Really? Because do a google news search of bullying in high school, and see what turns up. BRUTAL YOUTH is fiction, and compounds a lot of these stories in one particularly bad environment, but I just saw a news report about a middle school teacher caught on video grabbing a boy by the face and shoving him into a wall. Saying things like, "no, someone would step in and stop this" assumes someone is paying attention. And sadly, most of the cruelty out there doesn't end up on video.

Despite the brutality, the book is also ragingly funny, and spot on about the way kids think and talk, with an eye for dialogue that I thought rivaled Richard Price's in The Wanderers. How did you go about creating your characters?

I'm really glad you feel that way. I worry that amid all the talk of the heavier elements of the book, it sounds like a painful slog. I definitely wanted to break the reader's heart at times, but I also wanted them to feel it is a white-knuckle ride, and to laugh a bit at the way deep, dark trouble often comes full circle into absurdity. One of the characters who seems a little unbelievable in BRUTAL YOUTH is the parish priest, who is literally skimming cash out of the collection plate to fund a gambling addiction. Well ... That was inspired by a real guy from my school's church, who got caught after pinching about $1.3 million from the parish. It's insane, and funny in a kind of head-shaking way. Who could be that sinister?  But it also happens to be true. Life is funny, sad, infuriating, and baffling -- sometimes all at once.

I work full-time as a reporter covering the film beat for Entertainment Weekly, so I spend a lot of time telling the stories of other storytellers. I was drawn to that because I've always wanted to tell one of my own. My wife is a librarian and when she was pursuing her masters I found myself with a lot of free time. BRUTAL YOUTH was written at the kitchen table while she studied at the desk in our one-room apartment. I always wanted to give her a book to catalog that was written just for her. And here it is.

We have two little kids now, an infant son and a daughter who is about to go into kindergarten. They keep me pretty occupied! Obviously, empathy is a big deal with me, and I want them to grow up and be strong, yes, be smart, absolutely, but most of all I want them to be good. Now that my daughter is almost 5, she's one of the big kids in her pre-school class. I've learned that she is one of the biggest defenders of the little 3-year-olds who are just entering the group. She welcomes them, befriends them, watches out for them amid the roughhousing of the big kids. I'm obsessed with these stories! It's scary to start out somewhere, whether it's pre-school or a new job. I'm proud my little girl knows that, even at such a young age, and tries to make it not so scary for others. It's making me rethink my dark, twisted, and cynical view of the world!
Posted by Caroline at 8:55 AM