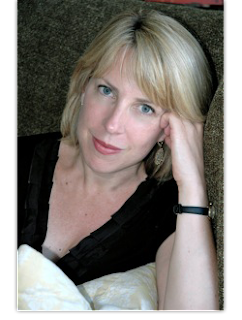 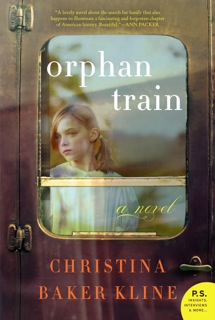 Christina Baker Kline isn't just a great writer, she's also the funniest, warmest, and most generous writer on the planet. And I'm lucky to call her my friend. We're both going to be appearing at the Center for Fiction, Wednesday, the 24th at 7. I'll be talking about Is This Tomorrow, a May Indie Pick that's coming May 7th, and Christina will talk about her NYT, USA Today, Bookscan, Indie Heartland, and Indie List bestseller, Orphan Train. I asked Christina to write something for the blog in honor of our appearance, and I'm thrilled to include some of her essays here! Thank you, Christina.

A TALE OF TWO BOOK CLUBS
I belong to two book clubs, and I love them equally for completely different reasons.
The first is comprised of about a dozen women who came together more than a decade ago in my town of Montclair, New Jersey, when our children were in diapers. We were substance-starved new mothers, overwhelmed by life’s demands and delighted to have an excuse to get out of the house one evening a month to engage in real conversation about something other than our offspring (adorable though they were).
The mandate of this group – never explicitly stated, but clear from the beginning – was to read the most talked-about books of the moment:  books we’d feel silly not knowing about at a party.  We tend to favor novels and memoirs, but occasionally choose books in psychology, economics, and current events.  From Room (by Emma Donoghue) to Behind the Beautiful Forevers (Katherine Boo), we’ve read more than 150 books, often bestsellers and usually award-winners, with an occasional classic thrown in for good measure. (Our current pick, for example, is Andrew Solomon’s Far From the Tree.) We meet at members’ houses every fifth Monday (excepting holidays), eat cheese straws and grapes, drink sauvignon blanc, chat about our kids, our trips, and yoga, and eventually settle in to discuss the book.  For a while we had some rules: each person brought in three ideas and the group voted; the person who chose a book was responsible for introducing it, etc.  But that didn’t last long.  Now we come to consensus as a group, throwing out ideas and letting the conversation dictate our selections. If someone feels strongly about a book, we almost always read it.  Discussion focuses on the stories, the writers themselves, the hype surrounding the book, and, in the case of nonfiction, the true story, time period or historical event the book is based on.   This group has survived the breakup of several marriages, illnesses including cancer and chronic fatigue, falling outs between members, and many child-related heartaches (learning disabilities, anxiety attacks, broken limbs, and now, as our babies become teenagers, all kinds of nerve-wracking experimentation).  Over the years, some members have dropped out for a variety of reasons – for one thing, the urgent need to have an evening to oneself is gone, and with homework, sports and other pressures it can be hard to get away for a non-essential meeting.  But a hardy band of book lovers remains, and new members have come in to fill the gaps.
My second book club doesn’t call itself a book club.  It’s a group of about eight published novelists and memoirists, several of whom teach creative writing on college campuses. We live in Manhattan, Brooklyn, and New Jersey, and gather three or four times a year in NYC to discuss a writer’s work over dinner.
The New York group is closer to a class, in some ways, except that we all lead the discussion.  We talk about books that have influenced us as writers, or that we’re embarrassed to say we’ve never read – books we consider significant for one reason or another.  After taking more than a year to read Remembrance of Things Past, we moved on to Sue Miller’s The Good Mother, Jane Smiley’s A Thousand Acres, Tolstoy’s Anna Karenina, and are now reading Chekhov’s short stories.  What we’re looking at, primarily, is how the writer does what he or she does. How does she pull it off?  We analyze craft and theme, characterization and pacing.  We pinpoint moments of change and look at how and why characters are introduced and discarded and where the climax originates.  We examine the arc of the narrative and look closely at moments that, to paraphrase Hemingway, teeter on the edge of sentimentality without going over.
It takes a lot of planning to coordinate the schedules of eight busy writers in several states.  So after chatting over wine and cheese about our own latest books and other projects, we get down to business fairly quickly.  Conversations tend to be fast-paced and energetic; we push each other to dig deeper and explore further than we might have done on our own. Each book is a learning tool, a rich text brimming with ideas and inspiration.  I always leave these gatherings with a heady sense of having gained insights and connections that will help me in my own writing.  (I wrote about one of these moments of insight here.)
My two book clubs serve entirely different purposes. The Montclair group provides a way to stay in touch with a circle of friends and read current books; it’s socializing with a literary excuse. And the writers’ group is equivalent to a welders’ convention – a place to exchange ideas about our trade.  It’s literary analysis with a socializing bonus.  I feel lucky to belong to both.   Because the truth is that sometimes I want to read for pleasure, to get swept up in the magic of a story.  And sometimes I want to learn from a book, to figure out how the magic tricks are done.

PRIMING THE PUMP
Mondays are hard.  All weekend you've been doing laundry, taking family bike rides, reading the Times in bits and pieces, going to your kids' soccer games, and then it's Monday morning and they're all out the door (except the dog, who is lying on your feet), and it's hard to know where to begin, how to pick up where you left off.
When I was growing up in Maine, my professor parents bought an A-frame on a tiny island on a lake.  The house had no electricity or heat, and a red-handled pump was our only source of drinking water.  When we arrived on the island (having paddled over from the mainland in our evergreen Old Town canoe), we had to prime the pump with lake water to get it started.  One of my sisters poured the water into the top while another pumped.  The well water took a while to emerge, and then it was cloudy, rust-colored, for at least a minute or two before running clear.
This reminds me of my own writing on Monday mornings - or anytime I've taken a substantial break from it.  As with the pump, I've learned to prime my writing.  I might read a chapter or two of a book on my nightstand, or perhaps turn to one of my 'touchstones' - those dog-eared, broken-spined, oft-read volumes I've defaced with marginalia and underlinings, and which I know I can count on for inspiration.  (I've talked about some of those books here and here.)
Then I start to write, knowing that it may take some time to reach the deep, cold source of inspiration, but trusting that sooner or later my words will run clear.