Amy Brill talks about The Movement of Stars, the first female astronomer, what's love got to do with it?, fave chocolate bars, and so much more 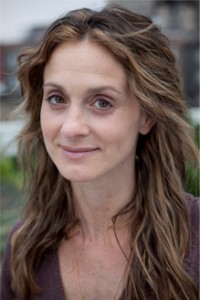 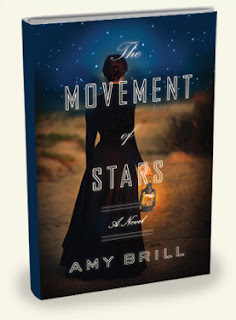 Amy Brill's written the kind of novel you are going to find yourself giving to friends because you want to discuss it with them. A Pushcart Prize nominee, she's been awarded fellowships by the Edward Albee Foundation, The Millay Colony, the Constance Saltonstall Foundation, and more. A broadcast journalist, she's received a George Foster Peabody Award for writing MTV's The Social History of HIV, and she's researched, wrote, or produced many projects for the network's pro-social initiatives. I loved her novel and I'm deliriously happy to have her here. Thank you, Amy!

I first learned about “Miss Mitchell” on a day trip to Nantucket in 1996 (see: glacial pace, above.). I loved the idea of a young woman, a teenager really, up on her roof, searching the sky night after night for something that would change her life. Plus an isolated island, a rigid religious community, whaleships, a country expanding yet divided... what a story! I convinced myself I had to hew unswervingly to the facts of her life, to get it “right”—but in doing so I hamstrung my story. I only realized it when Iberia lost my whole backpack of research, in 2006. (I’m still waiting for the reparation money they promised and never delivered.) After a long break from the novel during which I licked my wounds and whined, I reread what I’d written and realized that I wasn’t telling the story I wanted to tell, which was inspired by Maria Mitchell but not about her. When I started again, I was writing The Movement of Stars.

If you were stranded on a desert island and could only have one chocolate bar, what bar would it be? I’d have to say that it’s a close contest between Mast Brothers Maine Sea Salt and Equal Exchange Organic Dark Chocolate with Almonds. Can’t have the sweet without the savory.
Posted by Caroline at 8:30 AM