Wally Lamb talks about giving back, his writing program for incarcerated women, meeting Oprah, We Are Water, and so much more 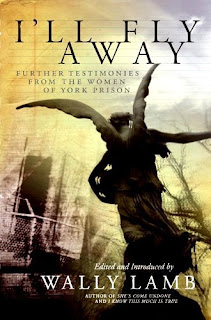 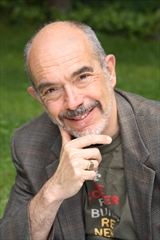 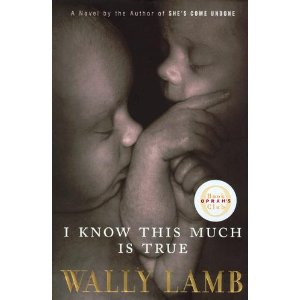 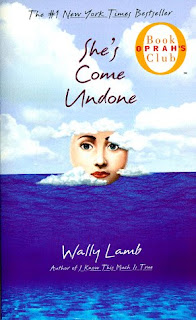 There are certain books that saved my life at certain times, and Wally Lamb’s She’s Come Undone was one of them. I was working full-time at Columbia Video Club and having a rough time because all I really wanted to do was write--and the long hours of my job and the tedium were doing me in. I carried She’s Come Undone with me everywhere. I read pages when I should have been writing about the latest Bruce Willis movie (“Bruce is back and better than ever!”) Delores Price made me feel I could do better, and I count her as one of the forces that made me tell my boss (we called him “the little angry man”) that while I could physically continue to work for them, I could no longer do it spiritually. And so, I began writing full-time.

Since then, I have read everything Wally Lamb has written: I Know This Much is True, The Hour I First Believed, Wishin’ and Hopin’, Couldn’t Keep It To Myself: Testimonies From Our Imprisoned Sisters, I’ll Fly Away: Further Testimonies From The Women of York Prison. And it goes without saying that I cannot wait for his newest, We Are Water.

He’s won awards from the National Endowment of the Arts, the Connecticut Commission on the Arts, and he also won the Connecticut Center for the Book’s Lifetime Achievement Award. But wait, there’s more: He won the Pushcart Prize, the New England Book Award for Fiction. He’s been on the New York Times Notable Books of the Year listings, and he was selected by Oprah’s Book Club TWICE and was also Germany’s Bertelsmann Book Club choice. She’s Come Undone was a finalist for the Los Angeles Times Best First Novel of the Year Award and one of People Magazine’s Top Ten Books of the Year. I Know This Much is True won the Friends of the Library USA Reader’s Choice Award for best first novel and the National Alliance for the Mentally Ill’s Kenneth Johnson Award for its anti-stigmatizing of mental illness.

His teaching awards include a national Apple Computers “Thanks to Teachers” Excellence Award and the Barnes and Noble “Writers Helping Writers” Award for his work with incarcerated women.

I don’t know if you know this, but you have the reputation for being one of the nicest writers on the planet. Sometimes with huge success, such as yours, writers become distant or haughty, but everyone I talk to who knows you, adores you. How did you keep your level head and warm heart as you became more and more famous?

Two weeks after Oprah selected She’s Come Undone for her book club, I was having a quiet moment of jubilant disbelief as I sat on our sofa looking at my name at the top of the NY Times bestseller list. At that exact moment, my son Justin walked by carrying a Magic Eight Ball. (Justin, age eight at the time, is our resident wise guy.) “Is Dad a dork?” he asked, then shook it, looked up at me, and with a grin on his face, read the answer: My sources say yes. As most parents will agree, with kids around, there’s not much danger of becoming too self-important.
Seriously, though, I know many writers who work as hard or harder than I do, and whose work is as good or better. I still sometimes scratch my head and wonder how and why so many blessings have come to me. Unable to answer that question, I try instead to give as much as possible to those in need—particularly those who are voiceless and powerless. I’m talking here about time and talent as much as money. And of course, when you give what you can to others, you get back as much or more in return.

You had what seemed like instant, huge fame when She’s Come Undone came out. When did you know it was going to be big, and did it change you or the way you thought about your writing?
When I tell people that this summer Atria Books will publish a 20th anniversary edition of She’s Come Undone, they seem surprised that the book has been around that long. That’s probably because most readers became aware of it in 1997 when Oprah made it her third book club selection. Truth be told, the novel was published five years earlier in 1992. So it wasn’t a big book when it came out. It enjoyed modest success for a first-time novel by an unknown author. There’s a funny picture of me that appeared in the Boston Globe when Oprah chose the book. I’m seated in front of my high school students, one shoe untied, a befuddled look on my face. Above my picture, the headline asks WALLY WHO?
You were chosen for Oprah’s bookclub twice. So, were you nervous meeting her? And are you still friends?
Was I nervous when I met Oprah? Hell, yeah. You take a breath when she walks into the room and you see that she’s just as human as anyone else. But Oprah’s warm, funny, charming, and inquisitive—it’s the key to her success, after all—and so the nervousness quickly fades away as she engages with you. Although I haven’t talked to Oprah in several years now, I have the feeling that it would be easy to pick up where we left off if or when we did reconnect. Oprah’s the real deal and I admire her greatly for the things she does and the way she is.

I really want to ask about the incredible writing program you did for incarcerated women at the York Correctional Institute, a maximum security prison. When a book came out of it, Couldn’t Keep It To Myself: Testimonies from Our Imprisoned Sister, the prison sued the contributors for the cost of incarceration, calculated at $117 per day. The prison also moved to close your program down, and probably would have succeeded if not for a 60 Minutes program. How in the world could they do such a thing? Can you talk a bit about this and is the program still going on?
I’m happy to report that the writing program at York Prison is not only going strong but that it’s doubled in size, and we have since published a second volume of the women’s autobiographical pieces titled I’ll Fly Away: Further Testimonies from the Women of York Prison. When the State of Connecticut sued the women for their writing, it was in response to the sale of Couldn’t Keep It to Myself. Each woman would receive $6000, which would be waiting for her once she’d served her sentences and been released. Because many of the incarcerated writers had been battered women, they also voted to contribute $6000 to a shelter for abused women and children. Fearing public backlash from conservatives (“How dare these women make money when they’re there to be punished!”), the state sued the contributors not for their $6000 share but for the entire cost of their imprisonment. Imprisoned since 1986, one woman now owed the state $917,000. It was a cruel and ridiculous overreaction on the state’s part, and in response I nominated one of my students for the PEN/Newman’s Own First Amendment award, which is given to a writer whose freedom of speech is attacked. When she won the award, things got really ugly. But the Department of Correction overplayed its hand. The students’ floppy disks were confiscated and all of their work was deleted from the hard drives of the ancient computers they were allowed to use. Worse yet, the prison’s spokesman denied this was happening. That’s when Sixty Minutes got involved. Lying to Sixty Minutes? Not a good idea. Suddenly, the State of Connecticut did an about face, lauded and reinstated the program, and settled the lawsuit quickly. The cherry atop the sundae of this challenging experience was that, as a result, the legislature passed a law. It is no longer legal for the State of Connecticut to sue inmates in its custody for the money they accrue while participating in rehabilitative programming.

I’m currently obsessing about the final draft of my latest novel, We Are Water, which will be published in 2013. This one’s about art, racism, family love, the toxicity of long-held secrets, and a wife who leaves her husband for a woman. My other current obsessions include Mad Men and Nurse Jackie (TV), The Alabama Shakes and The Shins (music), and Amanda Coplin’s novel The Orchardist and David Fitzpatrick’s memoir of mental illness, Sharp. Both books are forthcoming this August and both are terrific reads.

Caroline, once again, another great interview. To Wally: Congratulations on your writing program for incarcerated women,and all else. I loved your humbling "dork" story.

Fantastic interview. Wally Lamb's "She's Come Undone" got me through hard times, too. Thanks so much for this wonderful post, Caroline. What a treat! xx

Thanks to you, Caroline, for scoring such a spectacular guest and sharing the goodness. And thanks to you, Wally, for, well, everything.

Amazing interview, Caroline. Wally Lamb is an inspiration as a writer and a human being. How wonderful when talent is packaged with a big heart.

Lately I've been watching the youtube videos where Wally Lamb talks about writing. Your interview is such a nice companion piece to those, Caroline. Thank you for posting a great interview, as always, and thank you, Wally, for being on Caroline's blog.

I love this man, love his writing. I first read She's Come Undone as a 16 year old, and, like you Caroline, have read everything else of his since. I'm turning 30 tomorrow (!) and his books have seen me through some times. I cannot WAIT for We are Water. From Sarah, Cork, Ireland.

Actually, do any of you have book recommendations for Wally fans who've exhausted his back catalogue? I particularly enjoy first-person narratives, so if anyone wants to throw out a recommendation it'd be much appreciated! Sarah (again).

Sarah.. John Irving will keep you reading for a few years.

Greetings! I've been reading your website for a long time now and finally got the bravery to go ahead and give you a shout out from Lubbock Tx! Just wanted to mention keep up the fantastic work!

Howdy! I coulԁ have sωогn
I've been to this website before but after checking through some of the post I realized it's
new to me. Nonetheless, I'm definitely glad I found it and I'll be book-marκing and checking bacκ οften!