The best books you haven't read YET 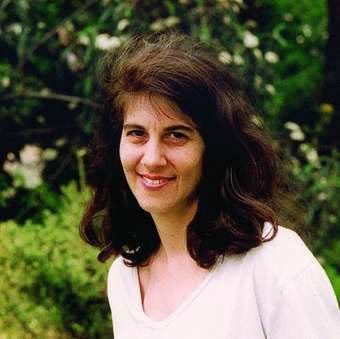 I met Jessica Keener online and we quickly became fast friends. One thing led to another and we began reading each other’s books, and I was totally knocked out by her two novels, Love, Death and Hunger, and Night Swim, which are with her agent.  Love, Death and Hunger is about expatriots in Hungary, adoption, and a father desperate for justice for his murdered daughter. Night Swim is about a teenaged girl grappling with the legacy of her mother's death while she struggles with coming of age, and both novels are exquisite. Because I was so in love with her books, I asked her if I could pepper her with questions and she graciously agreed.   So thanks, Jessica!

Did you have an outline for your book Night Swim, or were you writing by the seat of your pants?
So far, I’ve never outlined my novels before I write them. Novels for me start with some kind of emotional discomfort that I work out as I write them.  The characters and situation are a way of acting out what that discomfort or question or mystery is.  Because I don't have a formal outline per say, I like to keep moving forward until I reach the end. I won't know the ending until I get there, and that's part of the fun, though I may have an inkling of where it’s all heading. Things change direction while I’m writing. A new character might appear. One I thought would play a larger role doesn’t or vice versa—a secondary character will demand more attention.

Night Swim is effortlessly surprising—How did you get so deeply into the mind of a 14-year-old girl?
Fourteen is a poignant, intense age. It’s that time when sexuality is burgeoning and the intellect is vying to keep up with how we are feeling and why. It’s a time I remember well for its intensity both good and bad. I had my first serious crush at that age—I mean, over the cliff, down the chasm crush.  At fourteen, we’re nudging against the wall of adulthood, wanting it, not wanting it, etc.  I think, in many ways, it’s a terrible time of life but memorable.

What’s your writing process like?
I’m slow.  I plod along.  I write daily, almost. I revise constantly.  I love to revise. For me, getting that first draft out is the hardest.  The next draft is a relief. At least I’ve got a story to work with, characters to refine, and a plot to shape. My newest novel (Love, Death & Hunger) I wrote on a pretty set schedule of 500 words a day, about 5 days a week. That worked out nicely.  After a short amount of time the words do add up.  But the daily routine kept my head in the novel, which I believe is critical when writing novels otherwise you can lose control or lose your momentum. I try to make my 500 words worthwhile keepers. Some days the 500 words come quickly, other days I sit there amazed that 500 words can take so long to get right.

I also use file cards to stay organized. I love file cards! Each character gets a file card, that way I can remember details about them or change the details such as hair color, where the character came from, the relationship of the character to other characters. Also, I write notes in a non-linear fashion—what the problem or issues are in the novel as they arise; whatever comes up that needs “discussing” with myself in the form of notes, I’ll jot them done.

One of the things I loved about Love, Death and Hunger was how perfectly you captured the expatriate experience in Hungary.  Where does that come from? Have you been there—or been an expat anywhere?Yes. I lived in Budapest for a year and absolutely used my experience there for this novel.  I had no idea about the expat community and what it was before living overseas.  Like Annie, the character in my novel, I also didn’t want to spend my time in Hungary hanging out with just Americans, though I desperately missed speaking English.  Not knowing Hungarian was much harder to live with than I imagined. It made me realize how deeply I rely on language to feel good, alive, part of where I am.

I was also fascinated with the relationships—the parents of the adopted boy, and their worrying about the birth mother, the cheating spouses, and the rage of one father toward the man he felt murdered his daughter.  Whom do we really belong to and why, seemed to me to be one of the themes stitching the novel together, as well as never knowing the whole story about any one life.  So I have to ask you, do you think it’s possible to really know someone?
Yes. I do think it’s possible to really know someone.  But I think most people are afraid to open up to others and to let others in.  All this guardedness creates confusion and mystery, endless misunderstandings and pain.

What’s your writing life like?
It’s busy. For my day job, I freelance for the Boston Globe Magazines and many home design magazines, plus I read fiction for Agni magazine, a wonderful literary magazine that’s been around for more than 30 years. I work at home, a set-up I love.

What are you working on now?
I’m putting together a proposal for a memoir called Confessions of a Hermit Crab, an intimate story about houses, friends and a writer’s lifelong search for a home.  The hermit crab image came to me for several reasons. For one, they move a lot, and so have I. Also, the shape of a hermit crab's abdomen, which is its vital part, is determined by the shape of the shell it inhabits as a juvenile. I thought that was a cool concept that certainly translates to humans--and to me.  How do our childhood homes shape our perception of home and what we seek in a home, that sort of thing. What makes us feel at home? Except for my published book, Time to Make the Donuts, which I co-wrote with the founder of Dunkin' Donuts, this is the first time I've written something by outlining it first. I haven't decided whether I like doing it this way or not. Too early to tell, perhaps.  I'm also working on a book with novelist MJ Rose. It's called The Business of Being a Writer--not about how to write but how to deal with the business side of writing once you have a book to sell.

What question didn’t I ask that I should have?
Are you glad you’ve devoted the past 20 plus years to writing fiction despite the hardships, rejections and demands it has put on your time while juggling paying jobs, plus raising a child?

(--And my answer: Yes. But I've gone through dark times, times when I've wanted to give up, questioning myself, wondering if I was insane to keep writing when no one seemed to care. Having pushed through these times, I’ve come to understand that I need to write, and that I want to write novels. These days, I try hard to keep the act of writing protected from these invasions of negative thoughts (comparing myself to others or wondering why I haven’t made more money doing it). The joy of writing is one of the greatest pleasures in my life.

What a great interview. I read Night Swim as well, and loved it, Caroline. Jessica's writing is captivating!

This interview makes me want to read both Jessica's and Caroline's books. Let me put a link over at LitPark right this second.

When Jessica has something to say, I'm always interested. This was no exception. Thanks for interviewing her, Caroline!

Oh, I am so glad you liked the interview. Jessica is wonderful, isn't she?

Inspiring. Jessica is such a good writer that even the language of her interviews is artful and engaging.

Jessica is brilliant and I have a strong feeling 2009 is going to be her year. And I think the concept of Hermit Crab is absolutely fantastic and pretty interesting in light of our current economic status...there's just so many readers for that for different reasons but I love the analogy about the crab itself.

Love this! A wonderful way to get to know a gifted writer beyond the words she crafts.

Can't wait for her books to come out! Someone will snap her up....

Oh, you all are making my Monday! and week! Especially because you are each wonderful writers with your own distinct, eye-opening styles. If you haven't read Caroline L's work yet, run to the bookstore or library and get started. Her novel, Girls In Trouble, kept me up to 2. a.m.. Thank you, Caroline, for your enthusiasm and support of my work. It means a lot. Jessica

Fascinating interview from two of my favorite people!

Thanks for this intimate glimpse into Jessica's writing. Jessica is one of those authors who will explode on the scene with a huge book and everyone will say, "Where has Jessica Keener been all these years."

Did you know her maiden name is Brilliant. No, really, it's Brilliant. She's Jessica Brilliant Keener. I love her name.

Wonderful interview! I especially loved the answer to the last question. If fiction is meaningful and beautiful--as Jessica's writing surely is--the struggle for publication is always secondary.

I loved reading this interview, and I too am a big fan of Jessica as a person and a writer.

Great interview, really insightful questions and fascinating answers. Thanks for this.