Honor Moore talks about OUR REVOLUTION: A MOTHER AND DAUGHTER AT MIDCENTURY, race, gender, class, writing and so much more. 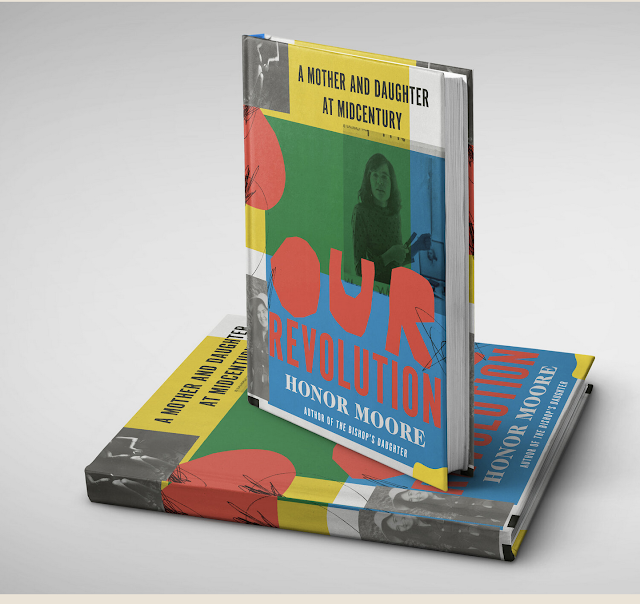 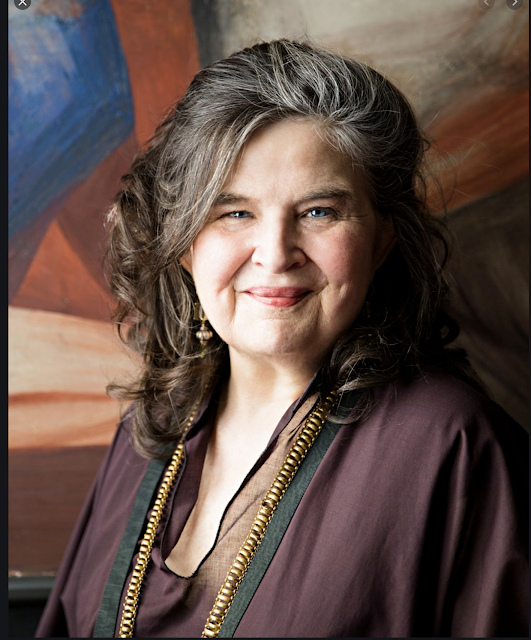 I'm thrilled to host Honor Moore here to talk about her new book, Our Revolution. Her previous memoir, The Bishop's Daughter was a finalist for the National Book Critics Circle Award and a Los Angeles Times Favorite book of the Year. Her work has appeared in The New Yorker, The Paris review, and more.

Our Revolution is more than a mother-daughter story. Through the book Moore investigates race, class, and just how writing can save us. Here's some of the Praise:

“Our Revolution begins with the sudden, catastrophic death of a mother and ends only when that mother has been returned to vibrant, textured life by her memoirist and poet daughter. Here is that emergence, beautifully recorded, documented, and envisioned as feminist art and American history.”

“Honor Moore’s vivid, compassionate, scrupulously honest portrait of her mother, Jenny McKean, a child of spectacular wealth and privilege, whose life took her far beyond the comforts of her insular world, deftly charts the complex entanglements of family love, need, and pain. But this memoir-biography is also an intimate history of the ideas and events that jolted America during the three decades that followed the Second World War. The gaping rifts of class, race, and sex that set the country on fire then are still burning. Our Revolution is a book about those times for our times.”

—Siri Hustvedt, author of What I Loved

“In Moore’s supremely capable hands, what began as a labor of love and filial duty expands into a dazzling epic portrait of a fascinating American family and a mother-daughter story unlike any other. A superb feat of empathetic imagination and meticulous historical reconstruction, full of drama, passion, and the deepest wisdom.”

Thank you for this great interview, Honor!

I found OUR REVOLUTION, a Mother and Daughter at Midcentury just astounding. You truly have brought your mother back to life, but to real, honest life, not to the often whitewashing we do when a loved one dies. What was it like for you writing this book? What discoveries about yourself—and your mother—astonished you the most?

My mother died at fifty when i was 27 leaving me her unfinished writing in her will. I was a new poet, who had just had her first poem accepted, so I was also a writer.  She had published a very successful book - what we would now call a memoir -- in her forties after having 9 children (THE PEOPLE ON SECOND STREET by Jenny Moore, 1968) and the idea was that I was to develop her writing as I saw fit.  Which confused me - was I supposed to do her writing or my own?  I carried her writing around for decades and finally, after a friend nudged me after reading about her in the book about my father, The Bishop's Daughter.  I should write about my mother, she said.  But I already have, I answered -- poems that  became a play Mourning Pictures, right after her death.  But I had not written about her really since  -- I had been in my twenties and now I was close to seventy -- she died at fifty; I could be her mother.

The shock was discovering in the place of my mourning-for mother, a woman whom became able to see  as separate from myself, our mother/daughtr dyad.   Discovery came through scrutinizing photos and scrapbooks and her childhood  and adolescent fiction and poetry. her letters and what she left behind -- writing written after her book.  Pretty quickly, I began to intertwine her voice with mine in the narrative, feel her come alive/. That was the astonishment.  All my old mournful sad feelings about her slipping away as she appeared, radiant, hilarious and brilliant -- her voice back in my head as if  I had never lost her.

You write so much about race, gender and class through the generations. Do you have hope that we as a people will eventually work this out? Or do you see it growing more complicated?

I actually think that your "complicated" might be another word for nuance.  Writing this book from the end of the Obama years into the Trump years enlivened and inspired my hope to make clear where we as a country have come from, how far those who struggle for change have come, and the kind of spiritual strength it takes to keep going.  I do have hope.  I had thought that perhaps I idealized my parents' antiracist work, but when I returned to Jersey City where they began that work, and talked to those who remembered them, I found that the love my parents gave was still  there in the memories of those I talked to, which inspired me to keep going, keep trying to make things right.  It's a forever and difficult task is what I learned and hope -- which has dynamism and force -- fuels continuing action.

So much of this gorgeous memoir is also about the difference between our daily selves and our writer selves. Can you talk about that for us, please?

Hmm.  My daily self as I worked on this book was setting up after coffee and yogurt wherever I was working and writing day after day.  In that way my writing self actually was my daily self, except for the days when I remembered to take a day off.  I was also teaching and I found that when I was teaching a workhop, my writing self infused what I  was trying to get across to my students.  One of the things I  noticed writing about my mother who was a hands on mother who loved to cook, was that decisions about childcare (I am the oldest of nine) and cooking and what we ate became consequential to the life I was writing about.  Which amazed me.  For instance how my mother made a cheese dream (open faced grilled cheese sandwich) and her own effort to learn to cook after growing up  in an upper class household where her meals were cooked and served to her, was principled and worth writing about, biographically.  There are moments in the book when I interrupt as the narrator -- for instance, my parents' courtship was almost entirely epistolary because my father was stationed in Seattle -- it was World War II -- and my mother lived in New York -- I worked from their correspondence which is about 2000 pages long and it took endless weeks to get the narrative to flow.  At one point, I say "I have been trying to get my parents married for months."  A convergence of writing and daily life!  Is that what you mean?

What’s it like for you writing in the pandemic? How do you keep hope burning?

I am having a hard time fining my way, and am kept on track by -- yes -- hope.  I'm confuses and rattled, and in a way I don't know who I am.  Usually I would have been working on poems along with prose, but I haven't been for a few years because I took on a labor of love project.  Simultaneously with Our RevolutionI have been working on editing -- with Alix Kates Shulman--  a book for Library of America called Women's Liberation: Feminist Writings that Inspired a Revolution and Still Can due out in February 2021, which we finished in late July when the final photo section and introduction were put to bed. I look forward to finishing a collection of poems that needs another section and I'm thinking about the next prose book.  I keep hope "burning" by trying to remember that beginning anew has always been difficult and that I've always managed to do it.  And that if I don't do my writing I will be  a terribly unhappy woman.

What, beside the pandemic and politics, is haunting you now?

The fate of the earth as Jonathan Schell put it when writing about the threat of nuclear war in his great book of 1982, framing the nuclear issue as an existential challenge.  The same urgency accompanies the reality of climate change -- a challenge we must all rise to, not only for the earth itself, but for those who come after us.  I am sitting in a room now, a one room studio, and outside everything is green.  A sense of the earth and the world being inexhaustible has given me hope all my life, a hope I hang onto, even as I realize such hope may not be a reality for my nieces and nephews and their children, or for my students.

What question didn’t’ I ask that I should have?

You've written three nonfiction books about your family.  How did that happen?

I was a poet first and continue to be that and I  couldn't fit my grandmother Margarett Sargent into a poem -- too much  explanation was necessary, too much missing context.  So I launched myself into the book that became The White Blackbird (1996), writing her life as "Margarett Sargent" the name she painted under, the name of the woman I didn't know -- in contrast to "Mrs. Quincy Adams Shaw McKean" which was her patriarchal name, and through that process I discovered the artist, who though thwarted, could inspire me (and others!) instead of terrifying me as the "crazy grandmother" who was in and out of mental hospitals most of the time I knew her.  Likewise my father:  I had never been able to write a poem about him, but when I discovered his secret bisexual life in my forties, I understood that his silence was what had blocked me.  Writing The Bishop's Daughter (2008)was a way to break that silence, rearrange its pieces, give new life to my memories, letters and documents. It seems to me now that it's taken almost my entire writing life to find the sources of my own voice, to encounter my inner life.  What are the silences there?  That seems to be the question now.  But how will I find that story?