A young Russian exchange student in America tries to save his troubled brother back home, who's been condemned for a murder. Come on, don't you have to pick up Lydia Fitzpatrick's amazing debut, LIGHTS ALL NIGHT LONG, immediately? 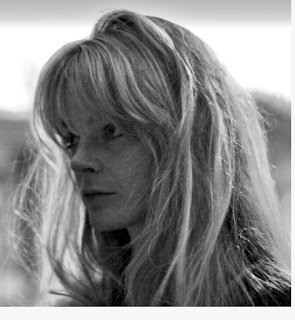 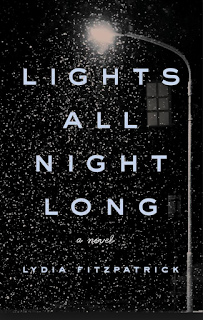 Lights All Night Long is about a young Russian exchange student in America, consumed with his troubled brother back home, who may or may not have committed a murder. About brotherhood, country, belonging and not belonging, and so much more, this is truly one of my favorite books of the year. And I'm not the only one to think so:

“This vivid coming-of-age novel spools out an engrossing mystery amid a tender story about family ties and adopted homes.” — Esquire

“A glittering debut. . . . The murder mystery is intricate and well-crafted, but the highlight is the relationship between the two brothers—the shy brainiac and the charming addict—and in the smoldering, seething resentment felt by young people. This is a heartbreaking novel about the lengths to which people go to escape their own pain, and the prices people are willing to pay to alleviate the suffering of their loved ones.”—Publishers Weekly

Lydia Fitzpatrick’s work has appeared in the The O. Henry Prize Stories, The Best American Mystery Stories, One Story, Glimmer Train, and elsewhere. She was a Wallace Stegner Fellow at Stanford University, a fiction fellow at the Wisconsin Institute for Creative Writing, and a recipient of an Elizabeth George Foundation grant. She graduated from Princeton University and received an MFA from the University of Michigan. She lives in Los Angeles with her husband and daughters.

I'm so thrilled to host Lydia here. Thank you, Lydia
I always feel that writers are haunted into writing their novels. Were you? What was haunting you?

I love the way you put that—I do often write from personal fears, but there’s something a little gentler in thinking of it as a “haunting.” In my short stories, the specific fear is usually pretty easy to pinpoint. I wrote one story, “Safety,” in the wake of the Sandy Hook Elementary School shooting; I’d just had my eldest daughter, and I was consumed with both a desire to protect her and a dawning realization of how increasingly impossible that would be.

The fear at the center of Lights is a little more amorphous, but I think it actually has its roots in the same idea. My father died when I was twelve, and I was obsessed with protecting my remaining family—my mom and my brother—even though I knew I was pretty powerless to do so. I remember reciting these epic incantations for their safety every night. I’d list threats, like by naming them I could dispel them, and I’d worry that if I got a word wrong or left out a phrase, something would happen to them and it would be my fault. Nothing did happen to them (thank God, knock on wood), but this devotion and the fear that is its underbelly formed the root of Ilya’s character.

I love the whole idea of Ilya, an exchange student, especially a Russian one (my grandparents were Russian!) And this is so much a novel about the exchange of cultures—the gold ring of America and the tiny Russian town that puts Ilya’s brother in prison. Tell me about the research you did, please.

My mother is a Russian historian who lived and studied in Russia during the Cold War, and when I was little we hosted two Russian students, who became the most literal inspiration for Ilya. We also traveled to Russia as a family in the mid-‘90s. This was right after Yeltsin’s re-election, and while I knew, in a middle-school civics sort of way, that Russia was in the midst of a transition, I was still shocked by its manifestations. There was a dead body in the courtyard of our apartment building one morning. We used a Geiger counter to measure the radiation in the meat we cooked. In the Izmaylovo market, old men and women sold their old Soviet medals. So there was a lot of heartbreak, but there was also a dynamism and a volume of hope that stuck with me and found its way into Ilya’s story.

That’s a long way of saying that Russia was a presence in my life before the novel was, and my research, at least in the early stages, focused on making sense of, and putting into context, my own experiences there. I read political histories, oral histories, memoirs and newspaper articles about Russia in the ‘90s and 2000s. I went back to Russia with my mom on a research trip. I took Russian language classes and still do, though my Russian remains abysmal—I am no lingual prodigy like Ilya.

So much of this astonishing debut is about family ties, what we owe one another, how we protect ourselves and others, and what we are willing to do for love. Every page felt to me to be fierce with longing. What was it like to write such a novel?

This is a hard one to answer since I haven’t written any other novel! I think when I’m immersed in a story, I move beyond capturing the emotions of a character to a state of experiencing them in concert with him or her. If I’m not putting myself in emotional discomfort (whether its sadness or fear or longing) in the writing, then I’m not putting enough of myself on the page, and I think that manifests as an emotional distance between the reader and the characters. Of course the risk is sentimentality, but of all the sins a writer can commit, that one seems to me the most easily forgiven.

Of course I have to ask about your whole writing process and about being a debut author. What was it like? Did you map everything out? Did you have that elusive and mythological (I’m convinced) Muse on your side? And does having written such an already raved-about debut make it harder or easier to write your next novel?

I wish I could say that I’d mapped Lights out from day one, but for about a year and a half, I wrote in order to try to figure out what I wanted to write about, so the novel had a lot of early incarnations. At one point Sadie was the protagonist—and pregnant. In another version the perspective alternated between Sadie and her mother and her cousin, J.T.

While I’m generally pretty atheistic about the writing process, Ilya’s arrival in the story did feel like a kind of awakening, and his perspective pretty quickly eclipsed the others. Even though my process was incredibly inefficient (and made almost unbearably so because I do a daily revision of everything I’ve written before writing anything new!) I don’t think I could have found the novel in any other way. For me, so much of knowing what the story should focus on and where it should go comes from sensing the energy of my prose as I write it. It’s a little like roaming around with a dowsing rod, waiting for that tell-tale dip.

As for the second novel, Lights consumed my life for a long time, and I’m so excited about it coming out, that for the next few months I’m trying to let myself enjoy the publication process without worrying about when I’ll finish the next one. I sold the second novel based on a screenplay of mine, so the plot’s in place, and I’m hoping that it won’t require quite as much roaming with the dowsing rod as Lights did.

What’s obsessing you now and why?
Stacy Kranitz’s photos. The Mueller Report. Deciding what to read next. Belting out “Shallow” on the 101 with my daughters. Alice Munro, forever and always, and George Saunders too. Spicy margaritas. Antibiotic-resistant bacteria. This squirrel that looks in my bedroom window with a sort of aggressive glint in his (or her) eye. And, at all times—even when I’m singing “Shallow” on the highway—at least a third of my brain is wondering what I’d do if various forms of apocalypse strike, an issue that the current political climate has exacerbated. I’m writing this in bed (see below), and have no fewer than 20 MREs and a dozen Lifestraws directly underneath me, which is somewhat soothing.

Where do you write?

In bed. By the time I pick up my kids from school, which is the end of my writing day, there are books strewn all over my quilt, a few coffee mugs on the nightstand, and I’m still in my pajamas. I happen to have no other option (besides the kitchen table, which is always a scene of total domestic chaos), but writing in bed is so incredibly pleasant that I wonder why more people don’t do it.