Not only is Julie Clark's THE ONES WE CHOOSE a fantastic novel that you all should buy right NOW, but it's going to be a FILM! 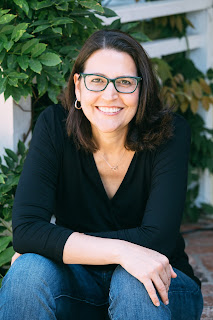 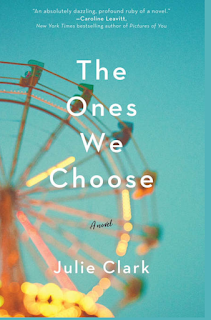 Not only does the amazing Julie Clark have a debut that is knocking everyone's socks off, she now has a film deal! She is partnering with Courtney Kemp (THE GOOD WIFE/POWER) and Lionsgate to adapt THE ONES WE CHOOSE for television!

I'm thrilled to host Julie here and get all the gossip and the news. Thank you so, so much, Julie. And everyone should go out to your favorite indie and buy this book immediately.

So how did this happen? Was your film agent actively seeking out people or did they approach you?

My literary agent gave the book to my film agents, who read it and then put together a list of producers, production companies, and writers to pitch the project, very similar to how books get submitted to editors. I honestly thought that was as far as it would go. But then my agent emailed me to say "A production company wants to talk to you about an option. DO NOT GET TOO EXCITED." Because a lot of the time, the interest goes nowhere, and she's really good at making sure I keep my feet on the ground and writing the next book. But when the offer came in, she finally gave me permission to get excited.

Do you get to write the script? Be in a cameo?
I will not be writing the script. I have no desire to learn scriptwriting, since I feel like there is still so much to learn about novel writing! But I will be able to consult with Courtney and whoever ends up writing the script, so that's really exciting. And I'll also probably pass on a cameo, since I'm much more comfortable behind the scenes. But it'll be fun fantasy-casting the series with my friends!

Obviously, film changes everything in a novel--how do you feel about that? Can you look at them as two different things?

I have to look at them as two separate things, since they now own a piece of my story, and they can write it how they thing it will best fit for television. When I spoke with Courtney about her vision, I was really excited about the ideas she had, the things she wanted to incorporate, and even the changes to character and plot that she suggested. I loved THE GOOD WIFE and I love POWER, so I know she'll do something amazing with it.

Working on my second book! I'm at that fun stage of revision where the story, plot and characters are all solid in my mind, so now I can focus on making it sing. I read in a Celeste Ng interview about something her engineer sister says: First you make it work, then you  make it elegant. I'm in the elegant-making stage, which I absolutely love.

So does this fame make it easier to write your next book or harder, and why?

I'm still up at 3:45 every morning because books don't write themselves! I'm hard at work polishing up my next book which we will hopefully be sending out to editors soon.

Thanks Caroline for all you do for authors!! xo