Rebecca Makkai talks about her brilliant new novel, THE GREAT BELIEVERS, the Paris art world of the 1920s, the AIDS crisis, healthy terror, and why you should drink a Beauty Spot while reading her novel. 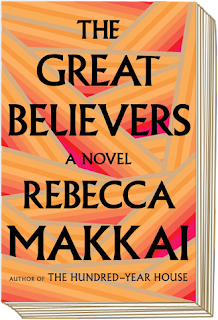 First, take a gander at just some of the raves.

“The Great Believers is a magnificent novel — well imagined, intricately plotted, and deeply felt, both humane and human. It unfurls like a peony: you keep thinking it can’t get any more perfect, and it does. A stunning feat.”
Rabih Alameddine, author of The Angel of History and Koolaids: The Art of War 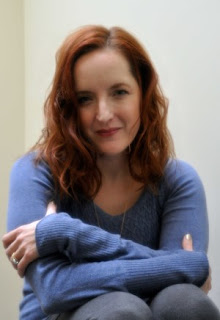 “Stirring, spellbinding, and full of life.”
Tea Obreht, author of The Tiger’s Wife

“In the remarkable The Great Believers, Rebecca Makkai conjures up a time as startling as a dream and, in its extremity, achingly familiar to us now, close enough to hold. A tender, sly, immersive, irreverent, life force of a book.”
Paul Lisicky, author of The Narrow Door: A Memoir of Friendship

Rebecca Makkai is the author of the short story collection Music for Wartime, wand of the novels The Hundred-Year House, winner of the Chicago Writers Association award, and The Borrower, a Booklist Top Ten Debut which has been translated into eight languages. She's also the recipient of a 2014 NEA fellowship.

Thank you so much, Rebecca for being here!

I always want to know what the “why now” moment is for an author in writing a novel. What was haunting you and propelling you to write?

When I started, I really just wanted to write about the Paris art world of the 1920s.  It felt romantic and tragic. As I planned, though, that stuff turned into a subplot and the book became about the AIDS epidemic in Chicago in the 1980s. The research I did, especially the interviews I conducted and the photos I found, became my motivation. So much about what I learned made me angry and broke my heart, and those are great reasons to write.

I first came to NYC during the AIDS crisis of the 80s. I remember the silence=death icons all over the sidewalk and the horror of friends dying.  What was your research like?

I’m a bit too young to remember the height of the crisis personally, and didn’t want to rely on secondary sources, so I did a lot of primary source reading (gay weeklies on archive from the ‘80s, online personal accounts) and a ton of in-person interviews. I interviewed survivors, doctors, nurses, journalists, historians, activists, lawyers, basically everyone who was willing to talk to me. And then, after I’d written the book, I gave it to three of those people to read—people who I knew would call me on every little thing that felt even slightly off. I was terrified of getting things wrong, both factually and emotionally, and I think that terror was healthy for me.

I’m always interested in process, which is almost always different for every writer. What was it like for you? Did you find that you had learned lessons from writing The Hundred-Year House that you were using in The Great Believers, or was it like writing everything from scratch?

Both my last novel and this one are densely populated, and I figured out only late into drafting The Hundred-Year House that I needed to combine several characters for clarity and economy (as well as depth of character). I realized it much earlier this time, and made myself a character map in which it became clear that I had a lot of redundancies. Or sometimes I’d have characters hanging out in entirely different corners of the map (someone from 1985 Chicago and someone from 2015 Paris) and realize they could be the same person, thirty years apart.

Although so much of this incredible novel is steeped in death, it feels more life-affirming than any other novel this year. Can you talk about this please?

I have a doggedly optimistic worldview, even when I absolutely know better. My default mode is hopeful. And I think that both of my point of view characters share that, even in the face of so much awfulness and despair. I found my title very early—before I’d written a word of the book, in fact—and knew I needed it. It’s from an F. Scott Fitzgerald quote about the Lost Generation, one I use as an epigraph. In many ways, I wrote to the title, forcing myself to ask what my characters believe in, against the odds.

What’s obsessing you now and why?
Besides our awful border policies… I’ll choose to interpret “obsessing” in a good way, like what am I really interested in right now. I’m thinking a lot about Golden Age Hollywood (behind the scenes stuff, not the movies themselves), and I’m thinking a lot about true crime. The murder of Martha Moxley, and another unsolved backyard murder that a friend told me about in Shaker Heights, Ohio. I’ve been listening to a lot of true crime podcasts, which is maybe not great for me psychologically, but it’s been a good distraction as my book is coming out.

You should ask what cocktail people should drink when they read my book. And the answer is they should drink a beauty spot, which is really pretty and delicious, and I think it matches the cover a bit.
Posted by Caroline at 10:34 AM