Melanie Benjamin talks about The Girls in the Picture, the friendship of American Sweetheart Mary Pickford and screenwriter Francis Marion, Hollywood's heyday, female power, and so much, much more 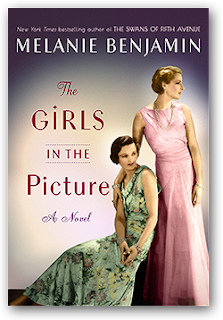 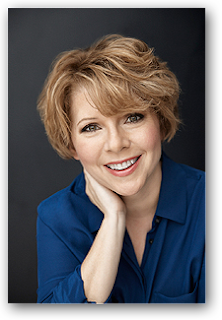 "Benjamin, known for her living, breathing portraits of famous figures, takes on The Golden Age of Hollywood, and the friendship between icons Mary Pickford and screenwriter Frances Marion. As riveting as the latest blockbuster, this is a star-studded story of female friendships, creative sparks about to ignite, and the power of women. Dazzling."

Yep, that's my blurb for Melanie Benjamin's astonishing The Girls in the Picture. It isn't just a deliciously juice read about the friendship between screenwriter Frances Marion and star Mary Pickford. It's a book about female empowerment--and that makes it truly an important read.

The one story I always tell about Melanie is that when I was reading in Chicago, during a blizzard, she drove me back to my bed and breakfast, only to find that my key didn't work. AND SHE STAYED UNTIL I WAS ABLE TO ROUSE THE OWNER AND GET INSIDE. It's little things like that that make her who she is, which is wonderful.

Melanie's other mega-selling novels include Alice I Have Been, about Alice Liddell, the inspiration for Alice in Wonderland; The Autobiography of Mrs. Tom Thumb, the story of 32-inch-tall Lavinia Warren Stratton, a star during the Gilded Age; The Swans of Fifth Avenue, about Truman Capote and his society swans; and The Aviator's Wife, a novel about Anne Morrow Lindbergh. Her novels have been translated in over fifteen languages, featured in national magazines such as Good Housekeeping, People, and Entertainment Weekly, and optioned for film.

Thanks for being here, Melanie!

What made you choose these figures as your next project? And how does this feel personal to you?

I am a huge movie nut, and obsessed with old Hollywood, particularly those very early years.  There was just a vibe about it - the creation of a new art form - that attracts me.  So I've read a lot of books about this era.  And throughout many of those books, this close friendship between Mary Pickford and Frances Marion is mentioned, especially in a book by Cari Beauchamp called "Without Lying Down."  I always thought this could be the basis of a great novel, this empowering female friendship of two collaborators working in this wild and crazy atmosphere, and finally, the time seemed right.  More right than I could have known; since the book was done, there have been so many explosive bombshells about the way men in Hollywood treat women, and these bombshells echo many of the things that Frances, Mary and their friends first encountered in that early Hollywood.


How was writing this book different than your others?

Every book is different!  I find that so exciting; that every novel is a different experience, has  different highs and lows in the process. I've learned to embrace that rather than fear it.

I bet the research was lots of fun. What surprised you?

So much of this story I knew already, so there weren't a lot of surprises, to be honest.  I do think that the scope of Fred Thomson's fame is not well known today, and it was a bit of a surprise. (Fred Thomson was Frances's beloved husband.)  I loved staying at the Hollywood Roosevelt Hotel; it was where some of the very first Academy Award dinners were held, and Mary Pickford was an original investor. It was fun to taste a bit of that old Hollywood glamor.

You’re so well-known now, that I have to ask, do you still have the same primal terror most writers have when they start a project? Or do you feel secure now? Or are you one of the writers who never feels insecure! (And if so, how do I get to be that way?)

I have an odd ability to be one hundred percent confident while I'm writing, and then to be one hundred percent ruthless and pragmatic about the business once the novel is done.  If that means ditching it and starting over with something new, fine - I can do that.  I have done it, even since I've become better known.  That never shakes my confidence in my ability, weirdly; I'm able to say, "Well, that didn't work!  Let me try something else!" without being devastated or having my confidence shaken.  What I don't always have confidence in is the business part that I can't control.  I know that you can write your best book ever but circumstances - timing, whatever's going on in the world, other books out at the same time - can conspire to make it so people don't read that book.  And that's the part that still can make me queasy.

Can you talk a bit about what changes these women made on Hollywood and how they might have led to changes today?

Mary Pickford was the first actor to have her own production company.  She was the first female head of a major movie studio.  She was the first actor to command a million dollars a year, more than any actor (save Charlie Chaplin, who briefly out earned her.)  Frances Marion was the first woman to win an Academy Award for Best Adapted Screenplay, and then Best Screenplay.  Those are amazing firsts, and they blazed the trail - only to have it grow cold.  I think the bigger story here is how these pioneering women's accomplishments did not lead to changes; things grew worse for women in Hollywood after them, as it became a bigger business.  We're just starting to regain the influence that Frances Marion and Mary Pickford had, in their heyday. Which is why this book is so timely now, when the issue of Women in Hollywood is such a hot button.

I'm watching "The Marvelous Mrs. Maisel" on Amazon and loving it!  It's what I watch while I treadmill.

You always ask great questions!  I could have expounded a bit about how it was, as a writer, to explore another writer in my novel.  And it was fun! I was able to give Frances a few of my own quirks--including that weird self-confidence I mentioned above.
Posted by Caroline at 2:49 PM